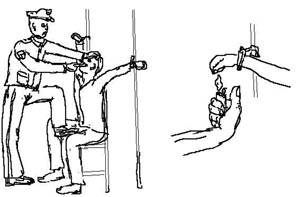 One of the torture methods used in interrogation rooms, forced labor camps and brainwashing centers under the Public Security System is to use extremely hot objects to burn Dafa practitioners' bodies.

“A Reminder on the Issue of Sending Forth Righteous Thoughts”