Location: Solitary confinement in the women's division of the Dalian Forced Labor Camp.

Purpose: To force Falun Dafa practitioners to sign a "repentance statement," a "Guarantee Statement," and a self-criticism.

The victim is tied with her back to the back of a chair and the rope crossing between her legs. The victim is then lifted up against one side of the metal cage until her feet no longer touch the ground, the horizontal bar of the cage used for support. Her arms spread apart, and each hand is handcuffed or tied to the pipe. 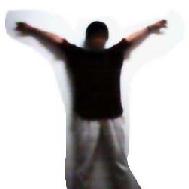 One leg is then raised and held up by one of the thugs while another stabs the victim's hands with scissors or beats on her feet with a plank, aiming repeatedly for one spot. Then the other leg is forced in the opposite direction. The thugs continue to torture the victim until they get tired.

Variations of this torture include:

a. The victim is suspended from the center of the cage. Both of her legs are pulled out between the vertical bars on opposite sides of the cage and fastened to the bars. Then the thugs pull her legs further and further apart.

b. The victim's legs are lifted and the thugs insert a broomstick into her vagina and poked it around vigorously. To muffle the cries and moans of anguish, the thugs gag her with a dirty rag and tape her mouth with yellow tape.

Many victims have suffered massive hemorrhages because of this torture, but even when this happens, the prison guards do not give up.

Description: A specially designed "bed," called the "death bed" by some practitioners in Shenyang. The "bed" consists of a metal board, with a hole at the position of the hips. The victim's hands and feet are stretched apart and tied to the sides of the bed. The victim's pants are cut open or taken off, and all waste products fall through the hole. During force-feedings, the thugs not only rotated the feeding tubes intentionally to torture the victims but also used very dirty tubes.

The lower bunk is taken out of a bunk bed (1 m x 1.8 m) that had previously been used for sleeping in Dalian. Only about three boards are left to support the body, one for the torso, one for the legs and one at the waist. The victim is shackled to the bed with all four limbs spread apart and a bucket placed below to catch waste. A force-feeding tube is inserted, which, for convenience, is never taken out. Some of the victims' stomachs have been seriously and permanently injured because the rubber tubing was inserted directly into the stomach wall. As a result of this torture, the victims tire very quickly, and they can lose as much as 11 pounds within one or two days. In order to prevent the victims from committing suicide because of the unbearable torture, the perpetrators put a helmet, similar to a motorcycle helmet, on their heads. Some of the victims' ears have started to fester because this helmet often wasn't removed for long periods of time.

The victims passed days and nights in this condition, from about one week to over a month, until they gave up their hunger strike or until they were found dying.

Purpose: To force Falun Dafa practitioners to give up their beliefs.

Description: The victims' legs are tied together in the lotus position with rope, from early morning to late at night, for over 10 hours at a time.

“A Precious Gift for Teacher's Day from a Young Practitioner”