Earth Getting Wider Around the Equator, the Reason Still an Enigma (Photo)

Like a pumpkin, Earth is a bit wider around the equator than the meridian. Since the end of the last glaciations, postglacial rebound of Earth's crust has resulted in a net transfer of mass from the equatorial regions to high latitudes. This small mass transfer has been monitored for 25 years. This slight oblateness (by about 0.3%) results from axial rotation and large-scale mantle convection. But newest science findings suggest that since 1998, the mass transfer has changed direction. 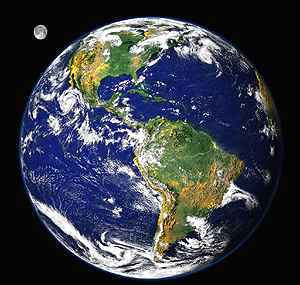 According to BBC August 1 report, the research conducted since 1982 showed that the oblateness was decreasing linearly, however since 1998, contrary to expectation, the oblateness started to increase.

The earlier decreasing trend in oblateness meant that Earth was becoming less oblate. This observation can be largely explained by postglacial rebound--the viscous relaxation of Earth's mantle that began when polar ice caps started to melt at the end of the last glaciations 18,000 years ago.

Satellite laser ranging data from numerous satellites from 1979 to 2001 show that for most of the past two decades, oblateness has been steadily decreasing. But in early 1998 it suddenly started to increase substantially indicating a large-scale mass redistribution from high latitudes to the equatorial regions.