[Editor's note: This is a translation of Chinese. Thus, the quotes are not exactly the original words.] 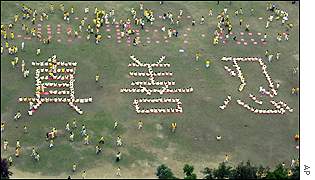 A reporter from BBC interviewed Robin Munro, one of the authors of the report. The following is the record of this interview.

Question: What is the basis of your report?

Answer: In fact, China has been using this means for a long period of time, for several decades. In many aspects, this is exactly the same as what the former Soviet Union had done. The former Soviet Union deliberately diagnosed the dissidents to be mentally abnormal and sent them to mental asylums that were managed by policemen. China started doing so in the early 1960s. Most of the proof of this kind of behavior in the former Soviet Union was obtained through victims or dissidents who had been locked up in mental hospitals and were later released. Some psychiatrists of the former Soviet Union also stood up to expose some of the details. As for proof from China, there are different sources, but they are more convincing.

Question: What are exactly these sources?

Answer: Most come from psychiatrists from China, law journals, textbooks, and internal documents, etc. I have been doing research on these materials over the past few years. There are many statistical data in the documents, describing how many political and religious dissidents had been suffering this kind of treatment.

Answer: This kind of evidence has never been put on the surface, because the corresponding records were fairly blurred. They were not written in a clear way. But as long as you have these documents and carefully study them, you will find that they are in fact very convincing proof. The situation in China is different from that of the former Soviet Union. The latter denied that they had done these things, but the Chinese government has the record of the kind of treatments they have done.

Question: Where did you obtain this kind of evidence?

Answer: In fact, much of it is open in China. But for some of the minor journals, maybe only a few foreign scholars have the chance to read them. It is very difficult to obtain these materials. 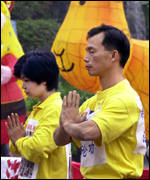 Answer: Some of the proof dates back to the Mao Zedong period, but there is also evidence describing the current situation. For example, there was one article in August 2000 in the evidence we collected. This 30-page-long article was also published in a textbook of law and psychiatry issued in Beijing. The article repeated the authorities' theory, explaining why the dissidents in most times were considered as insane and were locked up in mental hospitals especially set up for criminals. The authorities claimed that to do so was to protect society. This is a recent document.

Question: How many dissidents do you think have been locked up in this situation?

Answer: I have to emphasize, what we are talking about is part of the psychoanalysis from legal medical experts. During the 1960s, the period of the Cultural Revolution, these kinds of treatments were most severe. The frequency of using them can never be found in any other places in the world. According to related materials, 75% of the criminals sent to the mental hospitals with a diagnosis of mental abnormality were from political cases. In the 1980s, the number decreased to 15%. In the beginning of the 1990s, the number was further reduced to a few percent. But because the Chinese government (Jiang regime) is now persecuting Falun Gong, the figure is now increasing.