(Clearwisdom.net) This book is a collection of over 600 proclamations awarded to Falun Dafa from 1992 to 2001. The proclamations were submitted by various governments and civil organizations from the United States of America, Canada, Australia, New Zealand, China, Russia, and Japan, to name a few. These honors truly reflect kind-hearted peoples commendation of Falun Dafa. And as more and more people around the world learn about Falun Dafa, especially about the evil persecution set in place in 1999 by Jiang Zemin's regime, their support and praise for Falun Dafa increases even more. Jiang's regime spreads lies far and wide in order to gain international support of its vicious persecution, but all of these pathetic attempts end up in vain. Although the Chinese government has intensified its schemes to coerce local governments and cities to rescind their proclamations, most governments at various levels, having gained an understanding of Falun Dafa, have summarily rejected these unreasonable demands from Jiang's lackeys and firmly stood on the side of justice.

Due to limitations of space, this book does not include all the proclamations. 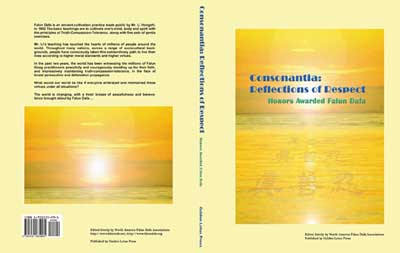 Mr. Li Hongzhi said at the Western US Cultivation Experience Sharing Conference of Falun Dafa: "I&#039d also like to take this opportunity to really thank the various levels of government in the United States and Canada for the honors they've bestowed upon us and upon me. Under this special circumstance, I can't thank them individually, but I will bring them a wonderful future."

Following is a proclamation from the State of Massachusetts:

WHEREAS: Mr. Li Hongzhi, the founder of Falun Dafa, has selflessly and tirelessly been teaching the Universal Principles of Truthfulness, Compassion and Forbearance to millions of people in the world since 1992; and

WHEREAS: Falun Dafa (also known as Falun Gong) is a precious cultivation practice of mind and body with ancient historical roots; and

WHEREAS: Since being introduced to the public in 1992, Falun Dafa has enabled one hundred million people around the world to improve their physical and mental health through uplifting their morality and practicing five sets of gentle and smooth exercises; and

WHEREAS: Massachusetts is one of the earliest states in America to benefit from Falun Dafa and since 1995, thousands have learned the exercises free of charge, and many have incorporated the Principles of Truthfulness, Compassion and Forbearance into their daily lives; and

WHEREAS: By following Mr. Li Hongzhi's teachings, millions of Falun Dafa practitioners in China have demonstrated unprecedented courage, perseverance and a peaceful spirit in the face of the most vicious persecution in the history of humankind since July 1999; and

WHEREAS: Mr. Li Hongzhi's great compassion and forbearance shocks the vicious persecutors and arouses the compassionate hearts of countless people in the world

And extend best wishes for continued success and happiness

“The Wicked Conduct of Lawless Officials in Zhangjiakou City”

“Emerging from the Demon's Den With Dignity”