After the parade the organizing committee sent a notice to practitioners stating that their float decorations had won the first place of a category. They issued a certificate to practitioners and expressed their sincere wishes.

Children on the float during the parade 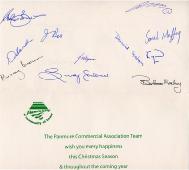 The Christmas greeting card from organizers 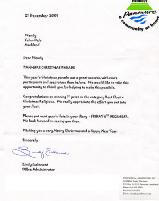