Members of the group known as Falun Dafa, also known as Falun Gong, form the shape of China in Broadbreach on Queensland's Gold Coast October 5, 2001, during a global awareness campaign of "SOS Urgent!: Rescue Falun Gong Practitioners in China". Those included in the protest were over 500 representatives from Taiwan, China, Africa, Hong Kong, Malaysia, India, Singapore, Indonesia, Thailand, Japan and Korea. They joined Falun Dafa practitioners from throughout the Asia Pacific region who will gather to honor those who have lost their lives and to those who have been denied the freedom of belief in China where the Falun Gong is persecuted. 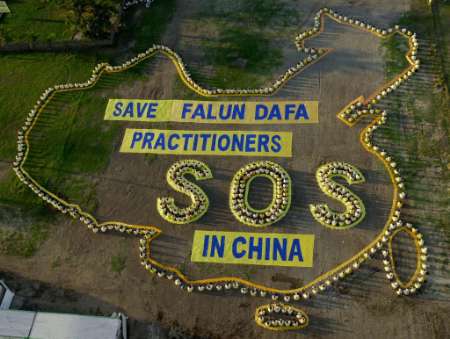