Zhou Chengyu was a faculty member in charge of managing the Yuzhou University Library. She was also a determined Dafa practitioner. Since July 20, 1999, with the benevolent heart and righteous thoughts of a Dafa practitioner, Zhou Chengyu had tried many times to explain the truth of Falun Gong to related government departments, but every time she was refused the chance to do so. While exercising her rights of legal appeal endowed by the constitution, she suffered illegal arrest and detention. 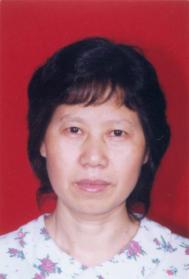 At the end of November 2000, when Zhou was getting ready for another trip to Beijing to appeal for Falun Gong, she was captured in the Chongqing City Train Station and sent directly to a brainwashing class. After she refused to write "the three letters" [repentance letter, guarantee letter (not to practice and appeal) and separation letter (breaking away from Falun Gong)], the Chongqing Shapingba District Police Department sent her to Chongqing Jiangbei District Maojiashan Female Labor Camp for illegal detention. Minghui Net has exposed the atrocities in this labor camp many times. [see related reports at the end of this article]

According to people who know the actual situation, before the National Holiday (October 1, 2001), Zhou's health had been very good. Under the evil brutal persecution, she maintained the righteous beliefs and righteous thoughts of a Fa-rectification practitioner. She had once endured being deprived of sleep for 5 days and 5 nights. Under this brutal torture, her indestructible righteous thoughts and mind manifested a Fa-rectification cultivator's dignity.

On September 30, 2001, Zhou's family received a notice from the labor camp saying that she had been sent to a hospital for emergency treatment. A few hours later, the emergency treatment failed and the hospital announced Zhou's death. The government organizations involved, such as the labor camp, and those in responsible positions could not offer any reasonable explanation for Zhou's sudden death. The details are currently under investigation.

We hope Zhou's family members can stand up to this unfair treatment, strengthen their righteous thoughts, expose the evil, and completely deny the old forces' evil arrangement by exposing the truth of Ms. Zhou Chengyu's death to the world.

3. My Heart is Solid Like a Rock: The Bitter Experience of a Dafa
Practitioner at Maojiashan Female Labor Camp, Chongqing City, Sichuan Province
http://www.clearwisdom.net/emh/articles/2001/3/14/6693.html