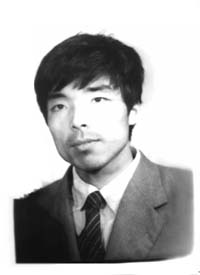 Wang Bin, born on August 2, 1956, was a computer software engineer at the Institute of Exploration and Development in the Daqing Petroleum Field. He had received science and technology awards on many occasions, and for three sessions in a row, he had been a representative of the employee's assembly at the institute.

The Daqing Men's Labor Re-education Camp tried to transform Falun Gong practitioners by force. Wang Bin was beaten to death because he refused to write letters of repentance. The criminals who beat Wang Bin to death include prisoners Cang Shuangcheng, Song Baocheng and Liu Qinghui, as well as police officers on duty: Feng Xi, Lu Renggeng and Wen Qiang (who has since left his post). The three prisoners kept beating Wang Bin for over 40 minutes, until he had only one breath left. During the beating, Feng Xi was twice informed of Wang's situation, but he still leisurely enjoyed watching the torture. Lu Renggeng inspected Wang several times while he was on duty, and when Wang Bin died, he ordered prisoners to place Wang Bin on the balcony to cool off a little. At 11 PM on September 24, 2000, Wang Bin was sent to the hospital and examined by Li Jibiao, the doctor who was on duty. The results turned out to be miserable: a lymph artery was broken; over a dozen of his bones, including his collar bone, sternum and ribs were broken; one of Wang's testicles was also split; the backs of Wang's hands were found to have been repeatedly burned; Wang's nostrils were burned and injured by the lit cigarettes that were inserted into them; and many parts of Wang's body were black and dark purple.

On September 5, Wang Bin was sent to the Second Large Team of the Labor Re-education Camp. On September 8, Feng Xi called Wang Bin's wife, Wang Tianyou, and asked who else was at home. Wang Tianyou answered, "The kid and me." Feng said, "Someday, you should prepare food and dishes, and then drink with me. If you make me satisfied, I'll let you see Wang Bin every week." Wang said, "I don't know how to drink." Feng said, "No, it has to be you who drinks with me." Feng has been habitually indecent in his nature.

The death of Wang Bin as a result of his brutal beating was single-handedly planned and instigated by Feng Xi. A couple of days before the Mid-Autumn's Day (September 12, 2000) on the Chinese lunar calendar, the labor re-education camp held a meeting for family members of Falun Gong practitioners, and many Falun Gong family members attended. Feng Xi said at the dining table, "As a person, I am under-handed. If you don't believe me, ask Wang Bin how I beat him." Wang Bin's wife, Wang Tianyou, said, "If you don't handle this issue well, history will remember you as an unforgivable criminal forever ." Now the labor re-education camp has changed their story and claims that Wang Bin was beaten to death because he disturbed other prisoners who were playing a Mah-jong game. But prisoners confessed that it was the labor camp that forced them to transform and beat Wang Bin to death.

After Wangbin's death, Feng Xi still freely went into and out of the labor camp. He was detained after one month, and later he was put under arrest. There were concerns that this matter would get exposed, so Wang Bin's wife has been under house arrest since his death. Later she escaped and ran away, and her whereabouts are unknown at present.

“THE Express (Australia): JAILED FOR FAITH”

“"For Dafa, I'm Willing to Die the Most Cruel Death."”