Switzerland: We Must Do Our Best to Stop the Persecution!

Many people learned about Falun Gong through the event and expressed their support. A young woman named Chantel said, “The persecution is terrible! Absolutely ridiculous! It violates human rights. We must do our best to stop it!” 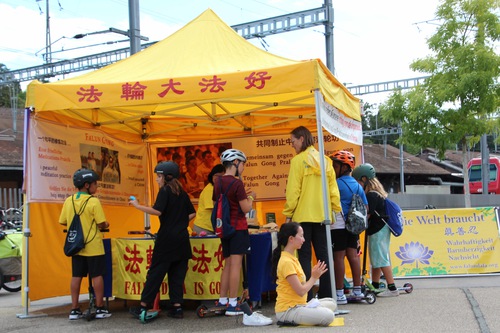 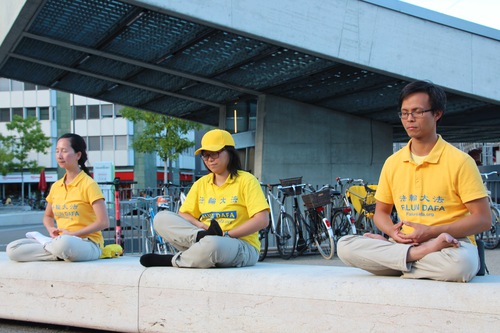 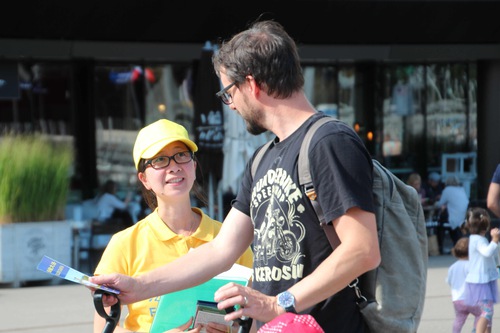 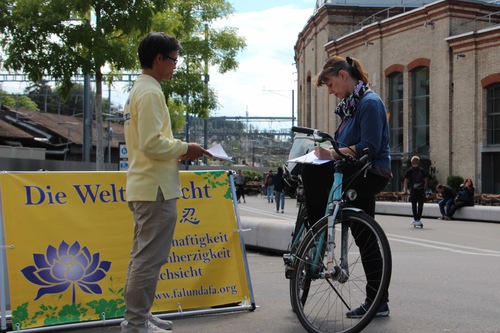 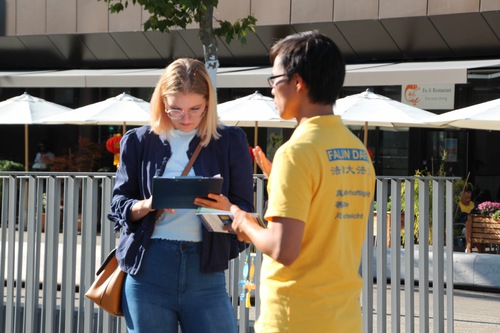 Pedestrians sign a petition calling for an end to the CCP’s persecution of Falun Gong.

Susanne, a social educator, stopped her bike to learn about Falun Gong. She signed the petition and told a practitioner that she had heard about the CCP’s persecution. She said she would like to help spread the news. 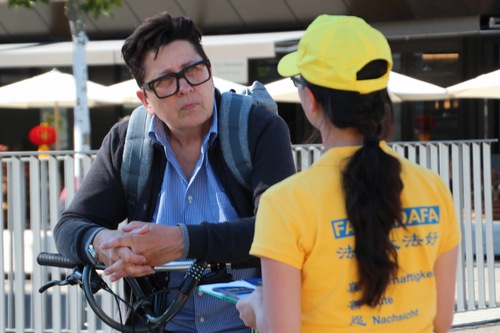 Susanne talks with a practitioner.

A woman named Daniela works for an institution that helps disabled people. She said she had heard about Falun Gong a year ago. She made a special stop after work to sign the petition, hoping to help end the persecution.

“The practice is beautiful,” Daniela said. “The communist regime is afraid of good things.” 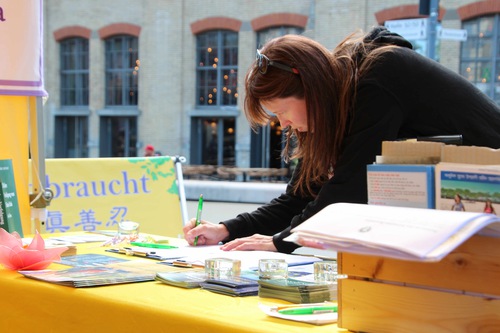 Another local resident named Anne said she would like to sign the petition to support Falun Gong.

“People feel more and more powerless after experiencing the pandemic and the war. It’s great that you can step out, expose the persecution and share your opinions,” Anne said.

Anne would like to tell more people what she has learned about Falun Gong and the persecution in China. “I wish you success,” she said.

She hopes to see Falun Gong practitioners in China enjoy their freedom someday. 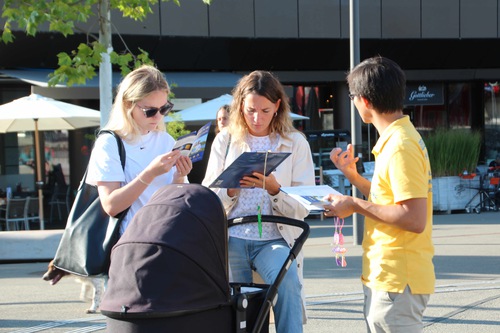 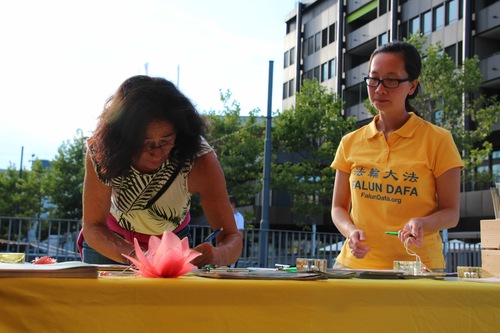 Alexandra, a school teacher, says that no one should be endangered or punished for his or her belief.