Crimes Committed by Fan Huaping, Deputy Secretary of the Shandong Provincial Political and Legal Affairs Committee, in the Persecution of Falun Gong

(Minghui.org) July 20, 2022, marked 23 years since the Chinese Communist Party (CCP) began to suppress Falun Gong in 1999. Around this anniversary, Falun Gong practitioners in 38 countries submitted an updated list of perpetrators, including those in the law enforcement, judiciary branches, as well as the Political and Legal Affairs Committee, to their respective governments, urging that those on the list (and their family members) be barred from entry and their assets frozen.

Fan Huaping, the deputy secretary of the Shandong Provincial Political and Legal Affairs Committee is on the list. 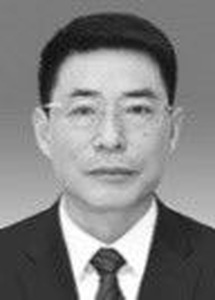 In his speeches, Fan calls for “deepening the special fight against cults” and instructed public security departments at all levels in Shandong Province to arrest, detain, and harass local practitioners.

According to available statistics, within two years of his tenure, at least ten Falun Gong practitioners, including Guo Shouzhang, Zhang Shumin, Chu Liwen, Sun Pijin, Wang Lianzhong, Yao Xinren, Tian Shihong, Li Furong, Li Changfang, and He Lifang died as a result of the persecution. Many more practitioners were sentenced and tortured. Some suffered mental disorders or saw their families fall apart.

According to information collected by Minghui, in 2021, eight Falun Gong practitioners died in the persecution in Shandong. Another 102 practitioners were sentenced to prison, 1,008 were arrested (the highest in the country), and 1,595 were harassed (second only to Hebei Province).

Mr. Sun Pijin of Mengyin County was arrested at work on June 18, 2021. His family was informed the next day that he had died in police custody. 610 Office personnel claimed that Mr. Sun committed suicide by jumping off the building. When his family saw his body at the Mengyin County Funeral Home, he was leaking brain fluid, one of his eyeballs was missing, and his abdomen and half of his head were sunken. The police refused to allow his family to order an autopsy.

Mr. Sun’s death came only six years after his wife Ms. Yu Zaihua died, also due to the persecution of Falun Gong, on August 19, 2015. She was 47. Eight months after Mr. Sun’s death, his daughter Ms. Sun Yujiao was incarcerated around February 2022 to serve a seven-year term for her faith in Falun Gong.

Before the Sixth Plenary Session of the CCP Central Committee, the Jining PLAC and the 610 Office orchestrated a group arrest of 35 practitioners on October 28, 2021. To prevent practitioners from recognizing the police, the authorities dispatched officers from other districts and counties for the operation.

In June 2020, over ten practitioners, including Wang Qingfang and Zhang Huiyun, were arrested and harassed in Zibo City.

On November 11, 2020, 50 more practitioners were arrested in Zibo City, including Cao Yuling, Wang Guilan, Meng Xiuqin, Wang Baoling, Qu Ke’an, and Wang Zhongshi. Most of their homes were ransacked.

In 2019, the persecution in Shandong Province was the worst in China. In August 2019, the Shandong Provincial PLAC and the Public Security System continued to arrest and harass practitioners under the guise of “maintaining stability” during the 70th anniversary of the CCP’s seizing power in China. At least 101 practitioners were arrested, including 57 in Weifang City.

Ms. Li began to have a stomachache in June 2019 while being held in the Linyi City Detention Center. The pain later spread to her back and legs. Shortly after she was hospitalized on July 6, doctors operated on her without her family’s consent. She remained in a coma after the surgery and her eyes were taped shut the entire time. The doctors claimed that there were complications with her liver and kidneys and they put her on dialysis. She died on July 12 after the police removed the life support machines. Her body was cremated without her family’s consent.

Ms. Li Ling of Penglai City, Shandong Province, was seized by a village official and paramilitary soldiers on June 28, 2020, after being reported for possessing Falun Gong literature. She was taken to an empty house in a mountainous area and viciously beaten and tortured. She died of her injuries on July 13. She was 55.

A Weifang City, Shandong Province resident, Mr. Chu Liwen, was arrested on September 22, 2019. Shortly after he was sentenced to eight years on February 9, 2021, he became extremely ill and was released. He passed away five months later on July 1. He was 65. Even three months before he died, the police still harassed Mr. Chu and his son, forcing them to live away from home. He was 65.

4. Mr. Yao Xinren Dies after Slipping Into a Coma in Detention Center

Mr. Yao Xinren, 51, was arrested at work on July 3, 2019. The authorities approved his arrest on August 10 and held him at the Zhangjiagou Detention Center. The police submitted his case in December of that year and the prosecutor indicted him. After nearly ten months of detention, Mr. Yao suffered a stroke on April 22, 2020. He was operated on but fell into a coma. On February 4, 2021, without his wife’s consent, the authorities took Mr. Yao off life support and transferred him from the hospital’s intensive care unit to a senior center with no proper medical equipment for his care. Mr. Yao passed away a week later on February 11.

Ms. Wang Jianmin, a retired doctor in Laiyang City, was arrested on September 4, 2020, while depositing letters with information about the persecution into a mailbox at the Laiyang Unicom Company. The police ransacked her home that evening when no one was there. Ms. Wang was taken to the Yantai City Detention Center and put in criminal detention on September 5. Her arrest was approved on October 12, 2020. The Yantai City Intermediate Court handed down a nine-year sentence and fined her 20,000 yuan on March 26, 2021.