People with leukemia often despair and are miserable. But there is still hope. As witnessed by tens of thousands of cancer patients, Falun Dafa offers enormous benefits to its practitioners in both mind and body, including recovery from blood cancer. Some people with leukemia were able to survive and thrive after cultivating Falun Dafa. Some who did not take up Falun Dafa but identified with its principles have also recovered simply by reciting the auspicious phrases “Falun Dafa is good, Truthfulness-Compassion-Forbearance is good.”

Engineer’s Wife: “I Am Free from Leukemia”

Mr. Yang Qing was born in Changchun City, Jilin Province, in 1935. After graduating from Shenyang Machinery Manufacturing College, he became a senior mechanical engineer and had many patents in dust removal technologies.

In 1979, his wife contracted incurable blood cancer--leukemia. His doctor friend said, “Unlike tumors that can be removed, blood cancer is incurable. It is useless to replace the blood because the regenerated blood is still abnormal.” 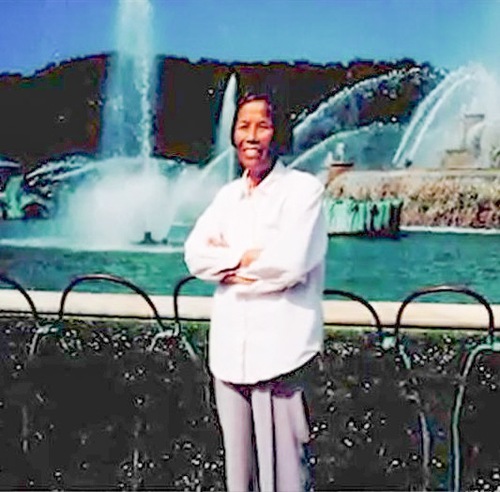 Mr. Yang refused to give up hope. He started to search for ways to cure the terminal illness. His younger sister suggested that practicing qigong could prolong one’s life and relieve pain.

Both Mr. Yang and his wife practiced all kinds of qigong for 15 years and spent a lot of money, but Mrs. Yang’s condition did not improve. They were discouraged and stopped trying.

One day, Mr. Yang saw a poster about Falun Dafa on the campus of Tsinghua University. Since this one was different from other qigong he knew, Mr. Yang decided to ask his wife to give it a try.

After learning the practice, Mrs. Yang’s insomnia disappeared. Her appetite and eyesight improved. Her sleep also improved. After practicing for a while, she recovered her strength. The couple were amazed by Falun Dafa’s healing power.

A 42-year-old builder in Xishuangbanna, Yunnan Province, was diagnosed with advanced-stage leukemia in 2018 when he worked on buildings in another city. He checked in to the local hospital, and his wife and sister rushed to his side to take care of him.

He was in the hospital for over a month and spent more than 100,000 yuan. Instead of getting better, his condition got worse. He was grief-stricken, in pain and despair.

He came across a female physician in the hospital who happened to be from his hometown of Xishuangbanna. She came to see him with her older sister, a steadfast Falun Dafa practitioner. He called the older sister Auntie.

Auntie was calm and personable. She brought him fruit and Dafa materials. She introduced him to Falun Dafa and told him how good it is, giving him examples of people whose ailments disappeared after they practice it. For him, this was like rain to a drought-stricken seedling. He saw hope.

Auntie told him to recite, “Falun Dafa is good, Truthfulness-Compassion-Forbearance is good.” When he first started, his voice was faint and muffled. As he kept reciting, his voice gradually became louder and the words clearer.

An hour later, he sat up. He was able to breathe easily and did not need the oxygen cannula, which had slipped out of his nostrils.

He got better every day. He checked out of the hospital on Mid-autumn Festival Day. Auntie brought moon cakes and dumplings to the hospital to bid him farewell.

When he thanked her for her help and the food, Auntie said, “We should thank Master Li! It is our great master who let me help you.”

Falun Dafa is extraordinary and magnificent, and its mighty power reaches both the macrocosm and the microcosm. The examples in this article are just a tiny manifestation of the power of Dafa in the secular world. While Dafa can bring blessings to humankind, Dafa's extraordinariness and magnificence are more for people to return to their true origins.