People with leukemia often despair and are miserable. But there is still hope. As witnessed by tens of thousands of cancer patients, Falun Dafa offers enormous benefits to practitioners in terms of both mind and body, including recovery from blood cancer. A number of people with leukemia were able to survive and thrive after cultivating Falun Dafa. Some who did not take up Falun Dafa but identified with its principles have also recovered, simply by reciting the auspicious phrases “Falun Dafa is good, Truthfulness-Compassion-Forbearance is good.”

Ms. Mu Lihua, 56, lives in Chaoyang City, Liaoning Province. She was diagnosed with leukemia when she was 26. She often bled and had to take hemostatic medicines. When the situation was serious, she had to have blood transfusions. She spent more than 100,000 yuan on medicines and blood transfusions, but her disease was not cured.

Ms. Mu’s husband divorced her due to her illness. She moved back to live with her parents. In order for her to get medical treatment, her parents borrowed a lot of money from relatives and friends and were in deep debt.

In the spring of 2003, Ms. Mu was given a copy of Zhuan Falun, the main book of Falun Dafa. She followed the principles of Truthfulness-Compassion-Forbearance to be kind and considerate. She thought of other people first when there was a conflict. She did not fight back when punched or insulted.

Gradually, Ms. Mu regained her health. She could do laundry, cooking, and other housework. She also helped her parents do the farm work.

Her close family and other relatives all witnessed the miracle. They are very supportive of her practice.

Qigong teacher Ms. Li is 80 years old. She learned qigong in Beijing and returned to Hong Kong to promote qigong in 1993. For more than 20 years, she has treated more than one thousand cancer patients.

In 2016, her friend's three-year-old grandson had leukemia. After failing to cure the boy, Ms. Li talked about her trouble with her neighbor Mrs. Zhong, who has practiced Falun Dafa for years.

Mrs. Zhong urged her to tell the boy to recite the phrases “Falun Dafa is good, Truthfulness-Compassion-Forbearance is good.” She said, “It is free. It does not hurt even if it doesn’t work.”

Ms. Li passed the message on to the boy’s mother, who was skeptical but still tried it since she saw no other way. She recited the words in her son’s ear over and over again.

After his blood test report came out, the doctor said that his blood was normal and that he could go home. A recheck three months later confirmed that everything was normal. The child’s blood cancer was gone! 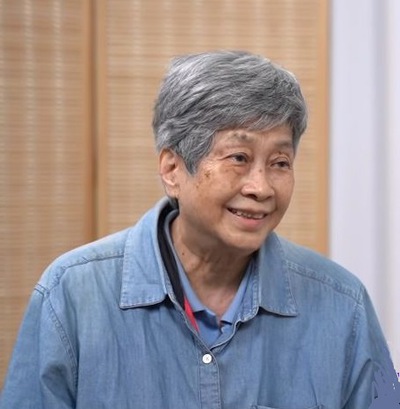 “No Other Leukemia Patient Is So Optimistic”

Ms. Sun Guiling lives in Dalian City, Liaoning Province, China. She went to work in a large South Korean shoe factory near her village in 2004. Because of exposure to toxic chemicals, she developed leukemia in 2005.

Many leukemia patients in big cities like Beijing and Tianjin have spent a lot of money on medical treatment, only to lose the battle against the terrible disease. A doctor in Dalian suggested that Ms. Sun undergo chemotherapy for three to five years. She was a destitute migrant worker and could not afford the high medical bills.

Ms. Sun gave up the chemo treatment. Her platelet index was only 18,000, which was only 10% of the normal value. The doctor said she didn’t have many days left.

At that time, a Dafa practitioner told her to recite the auspicious phrases “Falun Dafa is good; Truthfulness-Compassion-Forbearance is good.” She started to recite the phrases and her platelet index increased to 80,000.

An elderly medical professor said, “Leukemia is still incurable. I have treated leukemia patients for years, and no one was so optimistic [as Ms. Sun].”

Electrician: Leukemia Disappeared After Practicing Dafa for One Week

Mr. Wu Junde, 62, is a resident of Xinmin City, Shenyang, Liaoning Province. He was a former employee of the Jinzhou Railway Power Supply Section. He was diagnosed with leukemia in 1997.

When the leukemia was discovered, it was already at an advanced stage. His platelet count was extremely low. He was treated in several big hospitals, to no avail. He also tried various qigong, but nothing worked. He was in his 30s at that time.

One day in July 1997, the father of his co-worker said, “You should go ahead and practice Falun Dafa. It is a profound Buddha Fa. It has great health effects.”

Mr. Wu took the advice. After the group exercise practice on the first day, he felt very comfortable. It was a feeling that he had never experienced from practicing other qigong.

After that, Mr. Wu read Zhuan Falun and did the exercises every day. He gradually understood why people have diseases and how they eliminate karma. He followed the principles of Truthfulness-Compassion-Forbearance to become a good person and improve his character.

One week later, all of the leukemia symptoms disappeared completely and he fully recovered.

Department Manager: “I Was Reborn”

Ms. Kang Ruiqi retired as a department manager from the Riza Company in Changsha City, Hunan Province, China. She had been weak and unhealthy since she was little. She developed blood cancer, gallstones, and other diseases as she grew older.

Ms. Kang started practicing Falun Dafa in April 1996, when she was 47. A few months after that, all of her diseases, including leukemia, that had plagued her for years, disappeared completely. She felt like a new person. 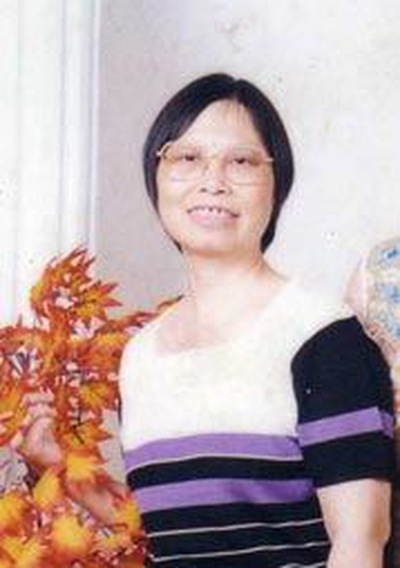