73-year-old Woman Convicted the Second Time for Her Faith

(Minghui.org) A 73-year-old woman was recently sentenced to 1.5 years in August 2022 for her faith in Falun Gong. Her latest sentencing was preceded by a one-year sentence handed down six years ago, also because of her faith. 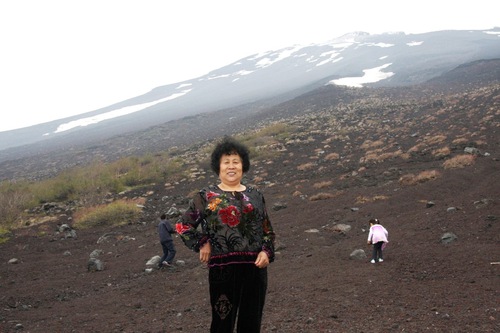 Ms. Bi Guiying, of Dandong City, Liaoning Province, was arrested on December 14, 2021. One officer showed her a surveillance video of her distributing informational materials about Falun Gong. Her tablet, cellphone and Falun Gong related materials were confiscated.

During her first hearing (date unknown), the court didn’t inform her family of the session, citing the pandemic as an excuse. Ms. Bi appeared in court for a second time on August 17, 2022 and was sentenced to 1.5 years.

Ms. Bi runs a deli store and enjoyed good business with quality food and fair prices. Crediting Falun Gong for giving her good health, she could carry a bag of 25 kg (55 lbs) rice to the fifth floor, even in her 70s.

Since the Chinese communist regime ordered the persecution, the authorities have been monitoring her daily life and tapping into her landline to listen to her calls. To avoid the persecution, she moved from Jixi City, Heilongjiang Province, back to her hometown in Dandong in the same province.

After being reported for distributing informational materials about Falun Gong, Ms. Bi was arrested on June 14, 2016 and held at the Dandong Detention Center. She was sentenced to one year and fined 5,000 yuan by the Yuanbao District Court on September 28, 2016. She appealed with the Dandong City Intermediate Court, which ruled to uphold her original verdict.

Ms. Bi was taken to the Liaoning Province Women’s Prison on February 14, 2017. She was monitored by two inmates around the clock and deprived of sleep. She experienced systemic edema, especially in her legs and feet.

Healthy Woman Has High Blood Pressure the Day after Arrest