Germany: Signature Collection in Front of Cologne Cathedral Calls for End of Persecution

(Minghui.org) Falun Gong practitioners in Germany held activities in front of the Cologne Cathedral in Cologne on June 25, 2022, to expose the Chinese Communist Party’s (CCP) persecution of Falun Gong and to collect signatures on a petition calling for a stop to the CCP’s atrocities.

Crowds of tourists watched the Falun Gong practitioners’ exercise demonstration and waist drum dance. It was the first time many of them had heard about Falun Gong. People learned about Falun Gong’s principles of Truthfulness-Compassion-Forbearance, and many signed the petition after hearing about the persecution of this peaceful cultivation practice in China. 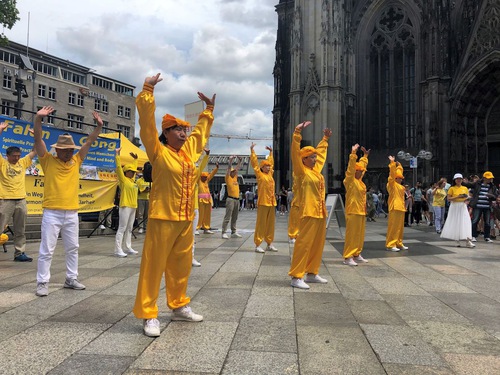 Exercise demonstration in front of the Cologne Cathedral 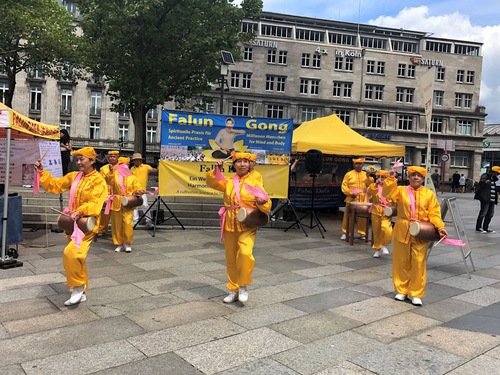 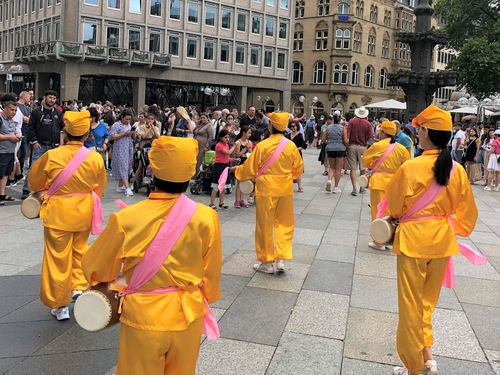 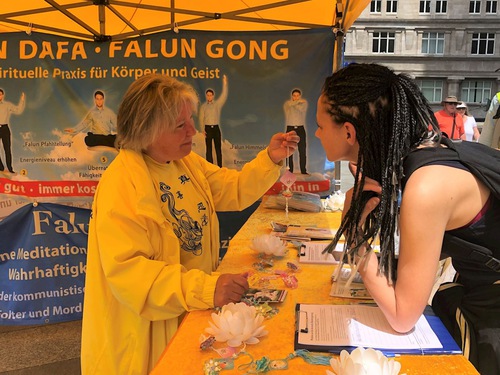 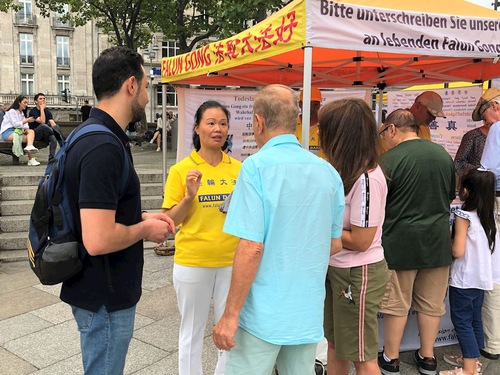 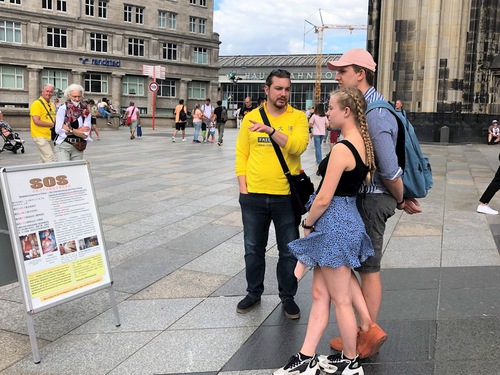 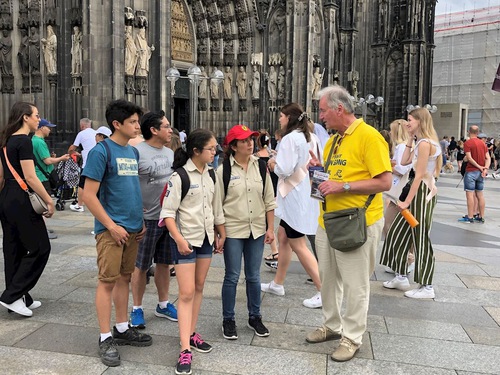 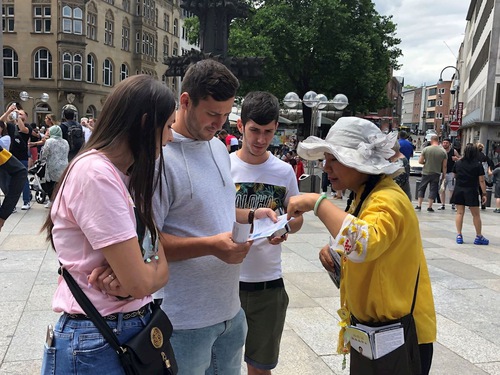 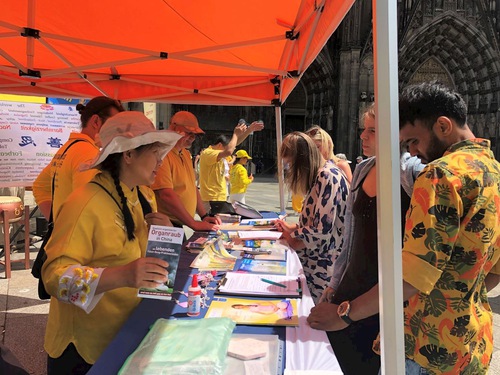 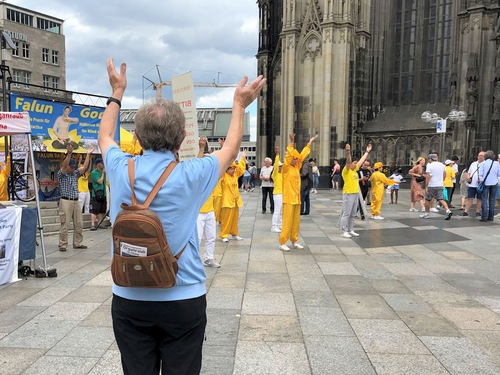 A tourist follows along with the Falun Gong exercise movements.

Several tourists from countries such as Uruguay and Turkey not only signed the petition but also expressed interest in learning Falun Gong when they returned home.

A couple from the U.K. signed the petition and told a practitioner, “We are so happy to see you here! Good luck to you!”

Piotr from Poland told a practitioner, “You have a great belief! I hope my signature will help stop the persecution!” 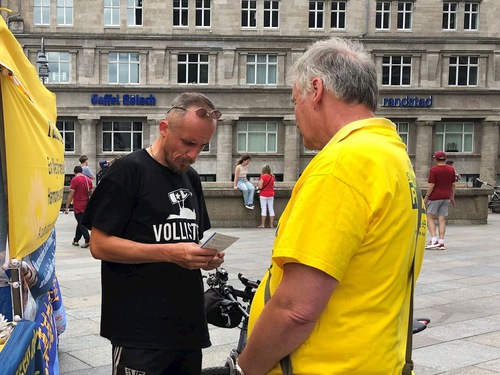 Many people wanted to help spread the word through their social media accounts. A man from Indonesia recorded the Falun Gong exercises and the waist drum dance. He said, “I didn’t expect to see such a great Chinese cultural performance in Cologne! I’ll share my videos with my friends!”

A student from Turkey said, “What you’re doing means a lot! I’ll share my videos on YouTube.” A woman also said she would like to call more attention to Falun Gong by posting her videos on Instagram.

Haike, a local resident, said that she had seen Falun Gong activities several times. “Truthfulness, Compassion and Forbearance are universal values. It’s hard to believe that people following these values are persecuted today! It’s completely unacceptable,” she said. “Keep up with your great job! Bless you!”

A tourist told practitioners he had seen Falun Gong activities in Canada. “I did my research online about Falun Gong. I don’t understand at all why a government would persecute people following Truthfulness-Compassion-Forbearance. The Communist Party’s organ harvesting is absolutely appalling,” he said. “Too many people have been focused on making money from China for too long, and forgotten many important things!”