(Minghui.org) Falun Dafa practitioners from Hualien County gathered at the Ji An Evening Market on June 19, 2022. They told people about Falun Dafa, how the Chinese Communist Party (CCP) has persecuted the spiritual practice for 23 years and how it continues to harvest organs from practitioners. Many people signed the petition to end the persecution and sue Jiang Zemin, former head of the CCP, for his campaign of genocide, crimes against humanity, and torture. 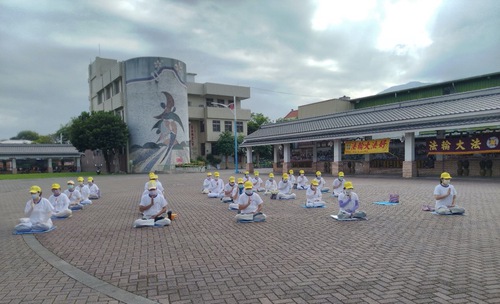 Practitioners tell people about Falun Dafa at the Ji An Evening Market.

The Ji An Evening Market is the biggest traditional market in Hualien County. One section is dedicated to Taiwanese indigenous groups where they sell specialty foods. Many locals learned the truth about Falun Dafa and supported practitioners by signing a petition to condemn former CCP head Jiang Zemin and to end the persecution. 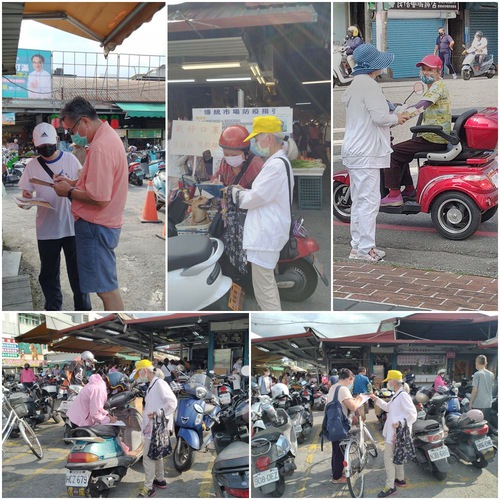 Locals support practitioners by signing the petition to end the persecution.

Mr. Wang who worked in the police force said, “I supervise and work at the Changchun Shrine in Taroko National Park. I’ve seen Falun Dafa practitioners clarifying the truth to Chinese tourists and admire their persistence. Regardless of the weather, they are always there. Just like how hot and humid it is today, Falun Dafa practitioners are sitting very peacefully and meditating at this busy evening market. This is truly admirable.”

Mr. Zhang a retired civil servant said, “I know Falun Dafa is good. This is a compassionate group of people. It would be better if more people in this country practiced Falun Dafa. I know the CCP does not allow people to practice this exercise and I also know about forced live organ harvesting. People only care about their own gain and profit. They do not care about other peoples’ lives.”

Mr. Wang continued, “The CCP indoctrinates people with an atheistic ideology. The purpose of this indoctrination is so people will no longer believe that good is rewarded and bad deeds are punished. Therefore, people dare to participate in forced live organ harvesting. If they knew that one day they will be made to pay for their bad deeds, they would be very regretful.”

Background: What Is Falun Dafa?Falun Dafa (also known as Falun Gong) was first introduced to the public by Mr. Li Hongzhi in Changchun, China, in 1992. The spiritual discipline is now practiced in over 100 countries and regions worldwide. Millions of people who have embraced the teachings—which are based on the principles of Truthfulness, Compassion, and Forbearance—and learned the five exercises have experienced improved health and well-being.