(Minghui.org) Falun Dafa practitioners in Oslo and surrounding cities in Norway went to the Chinese Embassy on April 25 and held a peaceful protest to mark the 23rd anniversary of the April 25 appeal. They called on people to be aware of the Chinese Communist Party (CCP)’s persecution of Falun Dafa that has gone on for 23 years. 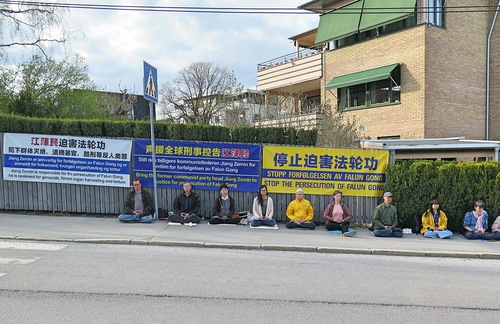 Practitioners in front of the Chinese Embassy on April 25 call attention to the CCP’s persecution.

Mr. Uy, a Vietnamese immigrant, practices medicine in Lillehammer, north of Oslo. He took leave to go to the Chinese embassy with his wife to participate in the protest. He said, “We are here to condemn and protest the CCP’s persecution of Falun Dafa practitioners. We call for an early end to the persecution.” 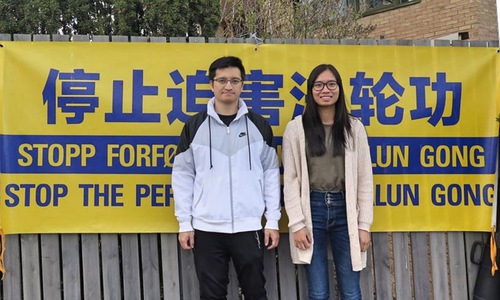 Mr. Uy and his wife

Mr. Vidar, another practitioner, said, “The persecution is still going on. I am here to express my support for Falun Dafa practitioners in China. At the same time, we tell the CCP regime that we are concerned about their atrocities. We know the bad deeds the CCP has done, and the persecution cannot be tolerated. We also hope that the Norwegian government can help stop the persecution through various channels.” 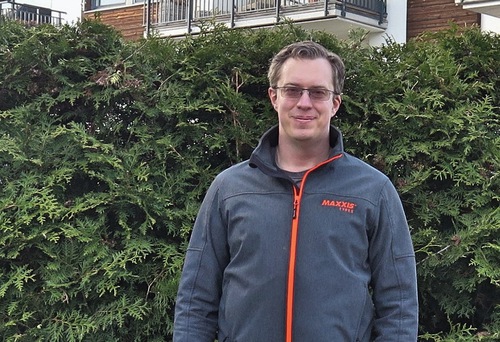 The Chinese Embassy is located in a quiet residential area west of Oslo. For the past 23 years, residents there have regularly seen practitioners protesting. Falun Dafa teaches people to practice according to the principles of Truthfulness-Compassion-Forbearance. But the CCP uses violent means to persecute them. People who know the truth support and encourage practitioners in different ways. A resident who passed by on a bicycle shouted to the practitioners: “I fully support you!”

Practitioners in Las Vegas, Nevada, in the United States commemorated the April 25 appeal by holding group exercises, giving speeches, and reading poems in an urban park on April 22. They introduced Falun Dafa and condemned the CCP’s 23-year-long brutal persecution. They also called on the world’s righteous forces to jointly stop the CCP’s persecution. 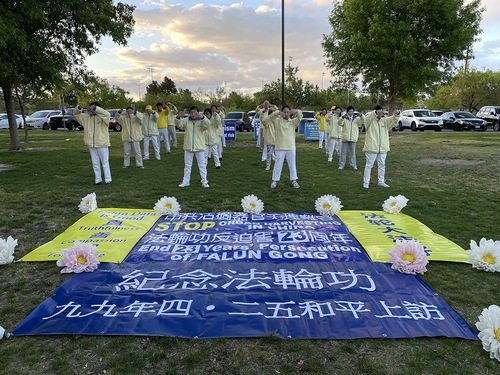 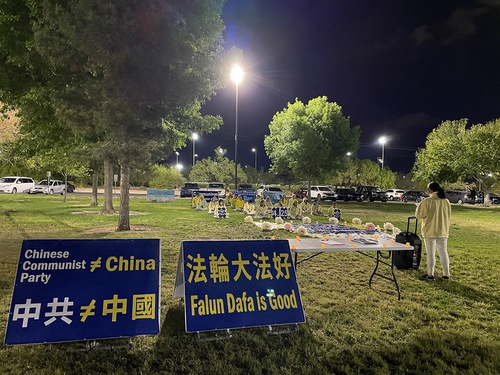 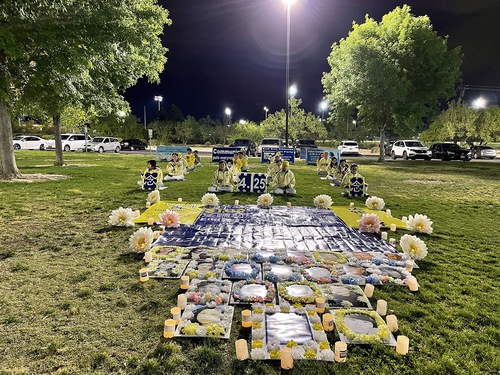 Practitioners put up banners and display boards and collected signatures on a petition to end the persecution. People exercising in the park, playing football, and barbecuing were drawn by the practitioners’ group exercises and peaceful music. Many watched, took pictures, and signed the petition.