(Minghui.org) Falun Gong practitioners in Vancouver held a group exercise session on April 23 and a rally in front of the Chinese Consulate on April 24, 2022, to commemorate the 23rd anniversary of the April 25 Appeal in Beijing. 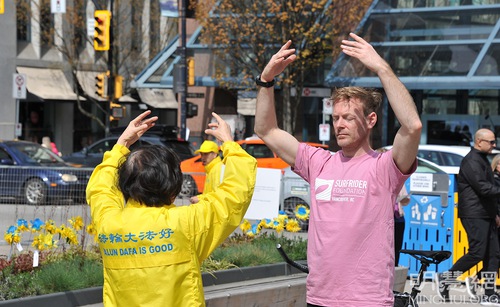 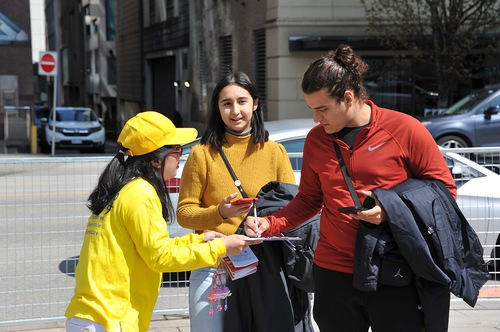 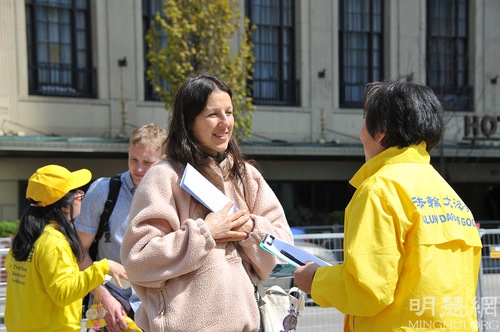 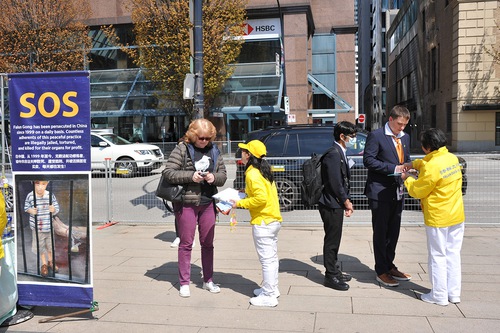 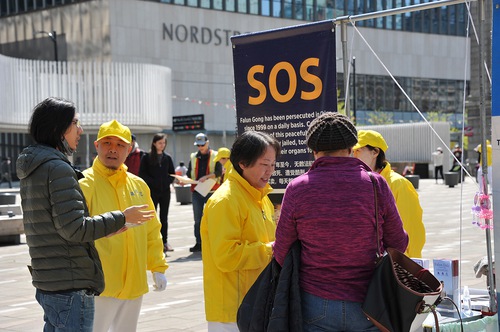 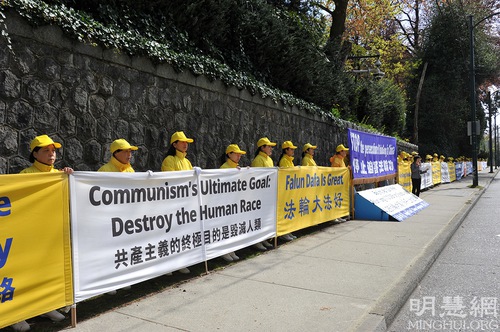 Rally in front of the Chinese Consulate on April 24 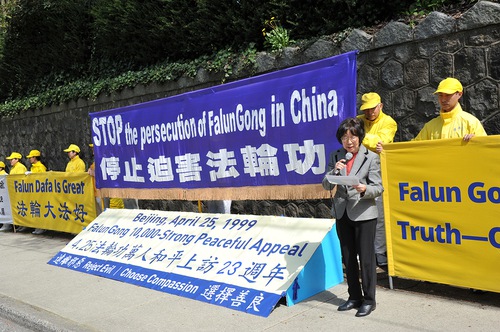 Ms. Sue Zhang, spokesperson for the Vancouver Falun Dafa Association, spoke at the rally on April 24. She recounted key details of April 25, 1999 appeal, and said it was the first large-scale appeal for freedom of belief in Chinese history.

“However, Jiang Zemin, the head of the Chinese Communist Party (CCP), framed the people’s peaceful appeal as a “siege,” and launched a nationwide persecution aiming to eradicate Falun Gong,” Zhang said.

She said that the CCP has carried out political terror against Falun Gong for 22 years, torturing and brutally murdering Chinese people, and there is even overwhelming evidence that the CCP regime has been killing Falun Gong practitioners and selling their organs.

Zhang called for an immediate end to the persecution and the release of Falun Gong practitioners who are illegally detained in China, including Canadian citizen Sun Qian. 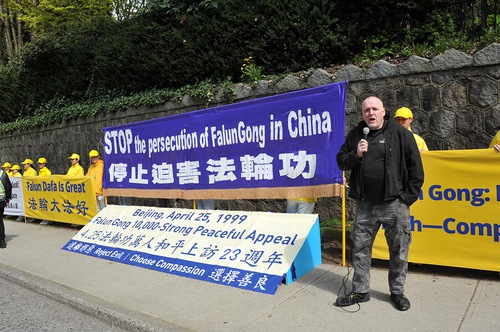 Mr. Dennis Watson, a renowned blogger, at the rally

Mr. Dennis Watson, a renowned blogger, addressed the rally. He said that he was saddened to see a group of kind and positive people be persecuted for 23 years. He said that he used to be confused about why the Chinese Communist Party would torture good people, but seeing the text “Experience China before Communism” on a Shen Yun poster made him realize that the CCP didn’t want people to remember traditional Chinese culture. It dawned on him that the CCP couldn’t tolerate Falun Gong because Falun Gong tells the truth. 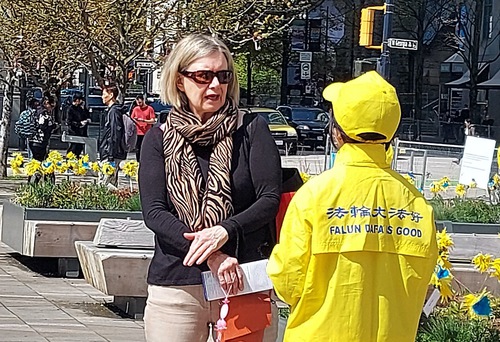 Ms. Sandy Fast, an art teacher, signed the petition calling for an end to the persecution. She praised the Falun Gong exercises for being as beautiful as artwork. She appreciated practitioners’ spirit of peacefulness and persistent efforts, which she said would make more people come to understand and try the practice. 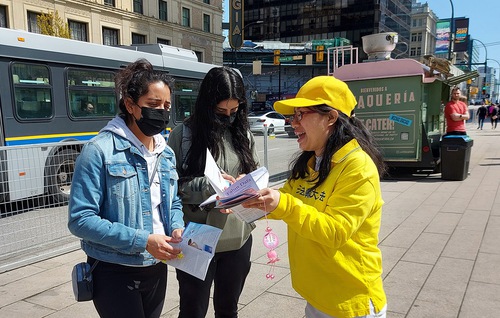 Bealaica Uaaje (left) and her friend learn about Falun Gong

Bealaica Uaaje and her friend from Mexico signed the petition and said they would like to learn the exercises because of the health benefits.