(Minghui.org) Four Beijing residents appeared in Yanqing District Court on April 8, 2022 for their faith in Falun Gong. Their two lawyers entered not guilty pleas for them. 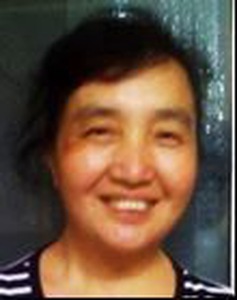 Ms. Yang, 59, held a hunger strike starting in November 2021 to protest the persecution and was force-fed. The guards put her on IV drips between February 11 and 15, 2022, and began to force-feed her again starting on February 15. It’s not clear whether she is still on hunger strike at the time of writing.

When the four practitioners were tried on April 8, they all denied the charges against them and maintained that they didn’t violate any law in practicing Falun Gong. One of their lawyers, Han Zhiguang, attended the hearing in person, while the other lawyer, Li Xiongbing, called in through his cellphone, as he didn’t receive the notice to have a negative COVID-19 test ready to attend the session in person.

Both lawyers argued that no law criminalizes Falun Gong in China. On the contrary, their clients are very kind and considerate people who are bringing much positive influence to society.

The judge announced a guilty verdict for all four practitioners at the end of the hearing. Mr. Han faces eight to nine months in prison, Mr. Guo 10 to 22 months, Ms. Yang 16 to 28 months, and Ms. Wu 20 to 32 months. The judge has yet to announce the final verdicts against the practitioners at the time of writing.