(Minghui.org) Falun Dafa practitioners held a parade in Tokyo on April 23, 2022 to raise awareness of the ongoing persecution in China and to commemorate the 23rd anniversary of the April 25 appeal in Beijing.

Many passersby stopped to watch and some photographed or videotaped the procession. Through the messages on banners and information distributed by practitioners, many people understood the brutality of the persecution in China and signed the petition to show their support for Falun Dafa. 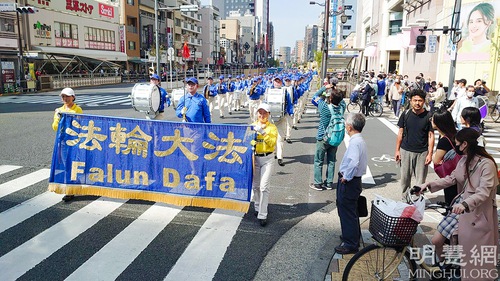 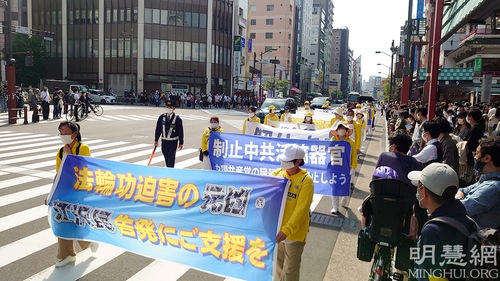 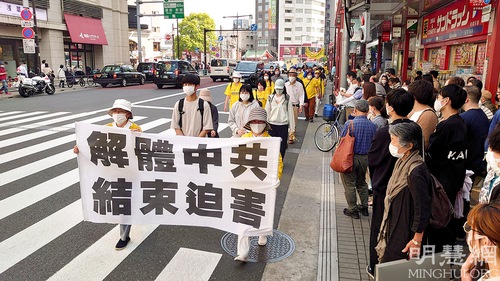 Practitioners held a parade in Tokyo on April 23, 2022 to tell people about the ongoing persecution in China and to commemorate the anniversary of the April 25 Beijing appeal.

On April 25, 1999, over 10,000 practitioners went to the State Petitions Office in Beijing to call on the authorities to release 45 illegally arrested practitioners in Tianjin. They also asked the government to lift the ban on the publication of Falun Gong books and the right to practice Falun Gong in China. Throughout the entire appeal, practitioners behaved peacefully and calmly; they did not hold placards or shout slogans, and they even cleaned up all the trash in the area before they left.

The two-hour commemorative parade set off from Hanakawato Park in Asakusa, and passed through many busy districts in Tokyo. Police cars led the way, followed by the Tian Guo Marching Band and practitioners holding banners. Several practitioners handed out information along the parade route and collected signatures on a petition to end the atrocities taking place in China.

The Tian Guo Marching Band performed several songs, and the invigorating music attracted many people. Some waved and others gave a thumbs up to express their support. When people learned of the brutal persecution and that is in its 23rd year, they signed the petition to condemn it.

Duang Thu Hang, a Vietnamese practitioner, said, “Many people are still not aware of this persecution. I came to participate in the parade hoping to let more people know of it. I began to practice Falun Dafa in 2020. I saw a video on the exercises on social media and thought it was wonderful. I learned the exercises from the video. Since childhood, I was frequently ill. After I started to listen to the lectures of Master Li (the founder of Falun Dafa), my ailments were gone. My eyesight has improved as well.” 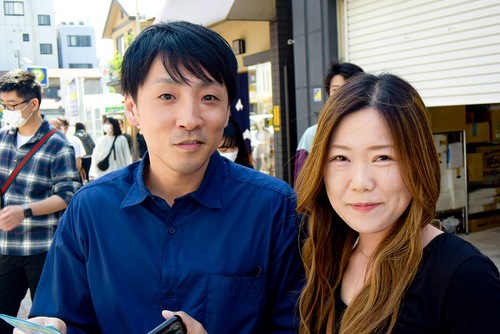 Mr. Tanaka (left) and his friend

Mr. Tanaka, a high school student, said after learning of the persecution, “Such crimes must be stopped. I want to show my support by signing the petition.” 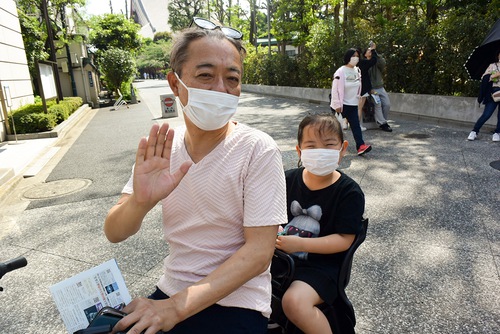 Mr. Shinhata and his daughter

Mr. Shinhata listened attentively as a practitioner explained about the persecution, particularly the regime’s forced organ harvesting of prisoners of conscience. Shocked by the brutality, he said, “We must stop such evil deeds. I did not know about this before. Something like this must be exposed more widely. Today is the first time I heard about the persecution. When I go home, I will find out more about it and spread the news. Don’t think you can do anything just because you have the money,” he said, referring to the Chinese regime, “Taking the organs of vulnerable groups while alive, this is against heavenly principles.”

Mr. Sekiguchi encouraged practitioners to keep up the good work after signing the petition. 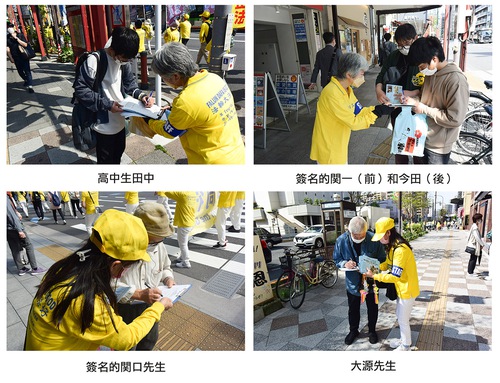 Japanese residents sign a petition to call for an end to the persecution in China after learning the extent of the brutalities.