Lu Wei, Deputy Party Secretary of the Beijing Political and Legal Affairs Committee (PLAC), former Director of the Beijing 610 Office, is on this list. 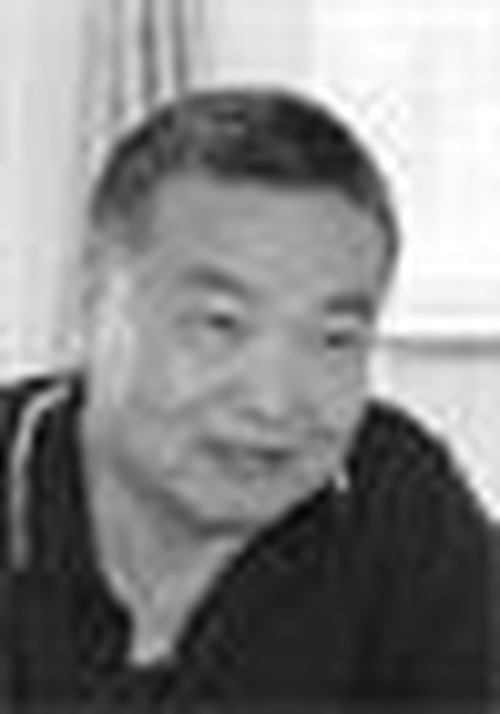 During his tenure as the President and Party Secretary of the Changping District Court and Haidian District Court, Lu Wei was instructed by the Political and Legal Affairs Committee and the 610 Office to sentence Falun Gong practitioners. Some practitioners were tortured to death while imprisoned.

All Falun Gong practitioners sentenced for their faith were charged with violating Article 300 of the Criminal Law, “using a cult to undermine the enforcement of the law.” While no prosecutor has ever been able to explain the legal basis for labeling Falun Gong as a cult or which laws were undermined by the practitioners, this charge was nevertheless used as a standard pretext by the authorities to criminalize practitioners.

Mr. Sun Shiru, 66, was sentenced to eight years in prison in May 2008. He was detained in the Qianjin Prison in Tianjin. Although he was later released on medical parole, he was forced to write “thought reports” every month. He passed away in May 2017.

Ms. Wang Xiuqin was arrested at home during the CCP’s annual political meeting in March 2006. She was sentenced to 2.5 years in prison.

Ms. Zhang Songmei was sentenced to 3 years in prison at the end of 2007 for talking to people about Falun Gong and distributing informational materials about it.

Mr. Li Caihua was sentenced to three years in 2009 and held in the Qianjin Prison in Tianjin.

While Lu served as the president of Haidian District Court, at least 12 Falun Gong practitioners were sentenced.

Mr. Zhang Yuming was arrested for buying consumables at the Zhongguancun Electronics District at the end of July 2009. He was sentenced to 3.5 years in 2010. He suffered serious injuries including abdominal pain from the torture in prison. He passed away less than three months after being released.

Mr. Yan Musen, Ms. Li Hui, Mr. Sun Yuanlong, and Mr. Chen Yulei were arrested on February 26, 2014 and held at the Haidian Detention Center. They were sentenced on New Year’s Day in 2016 after two court hearings. Ms. Li Hui was given 3.5 years and the other three practitioners were sentenced to 4 years each.

Ms. Ye Cuibing (also known as Ye Cuiping) was arrested on October 11, 2014 for spreading information about Falun Gong. Her home was ransacked, and she was held at the Haidian Detention Center. When her sister went to the detention center to make a deposit for her in February 2016, she learned that Ms. Ye was secretly sentenced to 7.5 years in prison and was no longer at the detention center.

Four practitioners were sentenced by the Haidian District Court in 2015: Ms. Zhou Xiulan was sentenced to 4 years in prison, Ms. Zhao Songlan to 3 years, Ms. Yang Shunmei to 4 years, and Ms. Xu Kun to 3 years.

Ms. Chen Xinzhu was sentenced to four years by the Haidian District Court on January 13, 2016, without the knowledge of his family or lawyers.

The 610 Office is an extralegal agency created specifically to persecute Falun Gong. Its office in Beijing is responsible for the day-to-day operation of the city’s persecution of Falun Gong. It is also responsible for mobilizing the government agencies at all levels, as well as the police, procuratorate, court, justice department system, and propaganda departments in Beijing to establish a comprehensive top-down operation system to fully implement the CCP’s eradication policies of Falun Gong – “damaging their reputation, bankrupting their finance and destroying their physical bodies,” and “counting killing Falun Gong as suicide,” and “cremation without investigating the cause of death.”

In addition, many other practitioners were arrested, harassed, extorted or had their homes ransacked or their lives closely monitored. Some were tortured while being held in brainwashing centers or detention centers, which caused them deep mental and physical harm. Others were sentenced to prison and tortured there.

According to data collected by Minghui.org, in 2017, at least 68 practitioners were sentenced or tried, 254 were arrested, and 269 were harassed.

In 2018, 38 practitioners were sentenced, 131 were arrested, 6 were taken to brainwashing centers, 128 were harassed, and 36 people were put under residential surveillance.

In 2019, at least 30 practitioners were tried and 26 were sentenced. The police detained three in brainwashing centers, ransacked the homes of 31, and made 74 arrests. There were nearly 100 incidents of harassment.

Ms. Liu Yanmei was arrested and had her home ransacked on November 29, 2016. She was sentenced to four years in the Beijing Women’s Prison. On January 24, 2018, her family received a call from the Beijing Women’s Prison Administration, saying that Ms. Liu was critically ill. The family hurried to the prison, only to be told that she had developed cervical cancer and she was experiencing life-threatening organ failure, which couldn’t be treated by the hospital. When the family saw her, she was half-conscious and could no longer recognize them. The injuries on her back were festering. She passed away on November 12, 2018. She was 52.

Ms. Wen Mulan, 75, was arrested on October 14, 2017, for talking to people about the persecution of Falun Gong. She was held in the Miyun District Detention Center. She went on a hunger strike to protest.

After about two months into her hunger strike, Ms. Wen suffered from edema and was in critical condition. When her husband refused to pick her up, the detention center found a local practitioner to take her in. The practitioner noted that Ms. Wen exhibited symptoms of having been drugged.

Because of the CCP’s threats and harassment, her husband refused to allow Ms. Wen to come home. Ms. Wen stayed with a friend and passed away on the morning of February 27, 2018.

Ms. Xu Junming, 65, and her husband Mr. Sun Fuyi were arrested for raising awareness about the persecution in 2016. While she escaped later, she was forced to live away from home for over a year. Mr. Sun was sentenced to three years in prison.

The couple was arrested again on March 7, 2019, two months after Mr. Sun was released. Ms. Xu Junming was released in the afternoon after being found to have high blood pressure and a heart condition. Mr. Sun was kept in custody and transferred to a brainwashing center after one month of detention.

On the morning of April 23, four police officers knocked on Ms. Xu’s door to harass her. Ms. Xu refused to open the door. The police forcibly broke in by scaling the fence in the front yard. They intimidated her and tried to force her to abandon her faith. They also questioned her about the source of the Falun Gong informational materials found in her home. The four police officers stayed at her home for hours and didn’t leave until 11 a.m.

After not seeing Ms. Xu for a few days, her aunt, who lives next door, knocked on her door on April 26. No one answered, and the concerned aunt asked her son to climb over the fence outside of Ms. Xu’s home to check on her. He was devastated to find his mother’s dead body, which had already become stiff. It looked like Ms. Xu had attempted to stand up before collapsing onto her bed. Blood was coming from her mouth.

Ms. Du Wenge was arrested at home on June 21, 2014, and was sentenced to 4 years in prison. She was closely monitored by 610 Office personnel after she was released on June 20, 2018. The long-term physical and mental torture took a toll on her health. She passed away on February 1, 2019. She was 55.

Ms. Hou Junwen lived in the Chaoyang District and was a well-known expert in the field of certification. In May 2017, the police arrested her and ransacked her home because she distributed Falun Gong materials. The detention center refused to accept her for health reasons, and she was released on bail. At the end of 2017, the court sentenced her to two years in prison. Due to her health problems, she was ordered to serve time outside the prison. In January 2019, the Xiaoguan Judicial Office in the Chaoyang District harassed her and made her wear electronic handcuffs. She was subjected to tremendous psychological pressure and passed away on January 29, 2019.