(Minghui.org) Sanctioning human rights abusers have become a consensus among democratic countries. After the U.S. passed the Magnitsky Act in 2016, Canada, the United Kingdom, and the 27-member-country EU enacted similar laws. Australia and Japan are also working on similar laws.

In accordance with these laws, Falun Gong practitioners have compiled lists of perpetrators involved in the persecution of Falun Gong over the past few years. Every year, they submit several lists to democratic governments, urging them to sanction the named perpetrators. 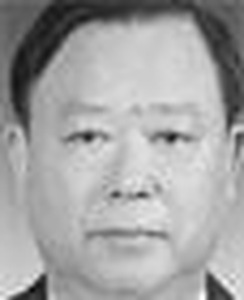 2002-2006: Head of the Criminal Investigation Corps of the Liaoning Provincial Public Security Department

2010-2016: Secretary of the Political and Legal Affairs Committee of Shenyang City

As a protege of Zhou Yongkang, the former secretary of the Central Political and Legal Affairs Committee, Xu Wenyou followed Zhou and spared no effort in persecuting Falun Gong practitioners. With 20 years of experience as a police officer handling criminal cases, Xu was notorious for his ruthlessness. After the persecution of Falun Gong began in July 1999, Xu Wenyou was instrumental in organizing and carrying out persecution in the Shenyang region of Liaoning Province. Within three years, he was promoted to lead the Municipal Political and Legal Affairs Committee.

In September 2005, Zhou Yongkang held a special awards ceremony for Xu Wenyou in the Great Hall of the People in Beijing. Xu was publicly recognized as a “Model Officer of the National Public Security System” and someone other officers should learn from. Xu was honored because he tracked down and arrested Falun Gong practitioner Ms. Gao Rongrong after the shocking image of her face—horribly disfigured from torture—found its way to overseas media. Ms. Gao was eventually killed in detention. In 2006, Xu Wenyou was promoted to deputy director of the Liaoning Provincial Public Security Department.

During his seven years as the head of the Municipal Public Security Bureau of Shenyang City, many Falun Gong practitioners were persecuted. They were put in jail, tortured, and even lost their lives. Many families were torn apart. It has been verified that at least 97 practitioners in the Shenyang area died due to the persecution.

Xu Wenyou also had close ties with Bo Xilai and Wang Lijun, former governor and police chief of Liaoning Province where the forced organ harvesting from living practitioners was first exposed. China Medical University and multiple military hospitals in Shenyang were also involved in harvesting organs from the living. Xu Wenyou is involved in this crime as well.

Although he is now retired, Xu Wenyou should still be held accountable for the crimes he committed against Falun Gong practitioners while he was in positions of leadership.

Examples of cases of persecution that occurred during Xu Wenyou’s time in office:

Ms. Gao Rongrong, who worked at the Luxun Academy of Fine Arts in Shenyang City, was given several forced labor terms for her belief in Falun Gong.

On May 7, 2004, Ms. Gao was shocked with electric batons by guards at Longshan Forced Labor Camp in Shenyang for six to seven hours, leaving her face severely disfigured. While she was hospitalized, several practitioners came in and photographed her face. Her story made it to the international media. Ms. Gao also escaped from the hospital and went into hiding.

Top CCP members, including former leader Jiang Zemin and his accomplices Luo Gan and Zhou Yongkang, were afraid that Ms. Gao would be taken abroad. A special task force was set up to track her down. Xu Wenyou, the former head of the Criminal Investigation Division at the Liaoning Provincial Public Security Department, was directly responsible for apprehending Ms. Gao. After nearly six months, Ms. Gao was arrested again in the early morning hours of March 6, 2005. Several practitioners who helped rescue her were arrested as well. On June 16, 2005, Ms. Gao, whose face was covered with scars caused by shocks from electric batons, was killed in detention. She was 37.

Xu Wenyou was promoted to the head of the Municipal Public Security Bureau of Shenyang City in February 2008, just before the Beijing Olympic Games. He also had other titles, such as head of the Shenyang Stability Maintenance Office and deputy director of the Political and Legal Affairs Committee.

Before the Olympics, many Falun Gong practitioners were arrested by the CCP under the pretext of “maintaining social stability.” Xu held a conference at the Shenyang City Police Department to make arrangements to arrest the practitioners. There were quotas for arrests in each district.

Between May 24 to May 26, 2008, police in more than 10 districts and counties in Shenyang City arrested practitioners. In the Dongling District alone, more than 24 practitioners were arrested in one night.

More than 100 practitioners were arrested and tortured during that time in Shenyang City. Several were sentenced to between 6 and 11 years in prison. Two were tortured to death.

On July 3, 2008, Ms. Chen Yumei of Shenyang City was beaten by the police during an arrest. She was hit so hard on the head that she lost consciousness. Attempts to save her were futile and Ms. Chen passed away the following evening, July 4, in a hospital. She was 48.

Ms. Zhang Peilan was arrested at home on May 24, 2008. She was given one year of forced labor. On August 13, after two months in Masanjia Forced Labor Camp, her family was notified to take the dying Ms. Zhang home. She passed away on October 7. She was 60.

In 2010, Xu Wenyou was promoted to vice mayor of Shenyang City for his “success” in “maintaining social stability.”

On March 20 and 21, 2013, 13 practitioners were arrested in a public park because they were doing the Falun Gong exercises. As the head of the Shenyang Municipal Public Security Bureau, Xu Wenyou labeled it the “F321 Case” for special attention. A special task force was set up in the Shenyang Detention Center to handle it. All the practitioners were severely tortured, and many were badly injured. Ms. Zhao Shuyun suffered a mental breakdown; Mr. Liu Zhanhai died in Shenyang No. 1 Prison on December 5, 2014; and Ms. Li Yuping died on January 24, 2015, barely two months after she was released.

3. Large Scale Arrests Before the 12th National Games of China

Ms. Li Dongxu, 45, an economist at the Northeast Branch of the China Oil and Gas Pipeline Company, was arrested on November 11, 2013. During her interrogation, a police officer removed her clothes and kept her in isolation. Three of them even threatened to shock her genitals with electric batons until a deputy chief stopped them. Although they returned her clothes, one officer repeatedly slapped Ms. Li. Because of the relentless torture, Ms. Li lost her clarity of thought and was in a constant state of confusion. She was forced to sign “investigation transcripts” while in a haze.

4. Over 30 Teachers and Students at the Lion School Arrested

Many teachers in the traditional culture classes at the Lion School were Falun Gong practitioners. On the evening of October 23, 2013, the police arrested more than 30 teachers and students in the school’s traditional culture classes and dissolved the classes, many of which had more than 200 students. The National Public Security Department and the Education Department set up a “working group,” with a two-tiered task force from the Liaoning Province Police Department and Shenyang Police Department led by Xu Wenyou.

Mr. Ba Guannan was a student at the Lion School. After being detained for many days and threatened by the police, he broke down and passed away on March 19, 2014. He was 18.

Mr. Dong Zhiyu, a teacher born in 1976, was arrested on October 24, 2013. He was put on trial in July 2014 and later sentenced to three years in prison. He was shocked with electric batons, beaten, and put in solitary confinement.