Former Art Teacher Sentenced to 6.5 Years for His Faith

Aug. 9, 2021 |   By a Minghui correspondent in Heilongjiang Province

(Minghui.org) Mr. Sun Shiwei, a 68-year-old resident of Muleng City, Heilongjiang Province, was once imprisoned for 8 years for singing a song expressing Falun Gong practitioners’ gratitude to the founder of Falun Gong. He lost his job as an art teacher after he was released in 2013.

Mr. Sun was recently sentenced to 6.5 years in prison following his latest arrest in April 2020 after helping an elderly woman, also a Falun Gong practitioner, install a window. 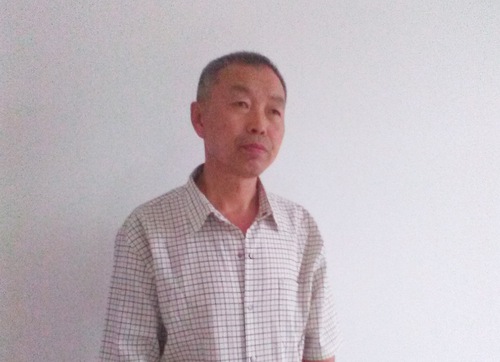 Mr. Sun filed an appeal against his second prison sentence. He wrote in his appeal, “If everyone follows Falun Gong’s principles of Truthfulness-Compassion-Forbearance, this society will become a better place with fewer crimes. I can’t understand why people today cannot tell right from wrong. Isn’t it that the more good people in society, the better? But I don’t want to give up hope. I believe that the Mudanjiang Intermediate Court will redress this injustice and acquit me.”

The father of one of the police officers who arrested Mr. Sun went to Sun's home and apologized to his family. He said, “My son has received retribution for arresting Mr. Sun. My son is struggling to repay debts totaling about one million yuan, his daughter suddenly developed depression, and his wife has just divorced him.” The father offered to get Mr. Sun’s family some firewood for their cookstove as compensation for his son’s wrongdoing.

From Despair to a New Life

Mr. Sun was a fine arts instructor at Muleng City Teacher Training College. He used to have several illnesses, including severe stomach ulcer, nephritis with blood in his stool, arthritis, tracheitis, heart disease, hyperthyroidism, rhinitis, and hemorrhoids. Standing at 5 foot and 11 inches tall, he weighed less than 50 kilos (or 110 pounds). He was weak and his hands did not function well. Because of severe, chronic pain, he sometimes thought of suicide.

His family spent a fortune on his medical care, but no doctors or treatments helped. Mr. Sun’s illnesses only got worse. “It's hopeless,” Mr. Sun once said to his wife. “The money we still have left will go to you. And you can live your with mother and our children.”

At the lowest point in his life, in 1997, Mr. Sun heard about Falun Gong and took up the practice. In about one and a half months, all his illnesses disappeared. His weight returned to normal and he became energetic. He truly felt the happiness of being disease-free and was very thankful for Falun Gong.

Living by Falun Gong's principles of Truthfulness-Compassion-Forbearance, Mr. Sun became a better person and his temper also improved. Because of his excellent performance as a teacher, the president of his college specifically requested a pay raise for him. Later on, he was awarded “Teacher of the Year” in Muleng City.

Mr. Sun also refused to fatten his own pocket by taking advantage of his employer like some coworkers did. Once when he bought some printing materials for the school, the vendor offered to write a higher amount on the invoice so he could make some profit when he got reimbursed for the purchase. Mr. Sun declined the offer.

Eight Years in Prison Because of a Song

During an event in 2005, Mr. Sun sang a song composed by a Falun Gong practitioner to express his gratitude to the founder of Falun Gong. But someone reported this to police. On September 23 of that year, the police suddenly broke into his home and arrested him. They beat him during his interrogation.

Mr. Sun’s wife, their two sons, and his elderly mother led a difficult life while he was incarcerated. Since Mr. Sun had no siblings, his mother missed him so much that she suffered dementia and became bedridden. Every day, she tore paper into strips and counted the days to the return date of her son.

With no other source of income, Mr. Sun’s wife worked as a street vendor every day. It fell to their older son to take care of his grandmother. The boy tried his best to accommodate her needs. As a result of anxiety and stress, however, the grandmother developed stomach cancer and later went blind. She died in 2012, unable to see her son one last time.

Mr. Sun was released from prison in 2013. Upon returning home, he found that his job had been terminated and he had been disqualified from receiving a pension even though he had every right by law to keep his pension benefits.

On the afternoon of April 24, 2020, a local Falun Gong practitioner, Ms. Cao Shufang, found that she had a broken window. Mr. Sun and his friend Mr. Gao Pengguang offered to help install a new window for her. The two men ran into Mr. Gao’s sister, Ms. Gao Yongli, at Ms. Cao’s home. The Gao siblings are Falun Gong practitioners too.

After Mr. Sun and Mr. Gao installed the window, they left Ms. Cao’s home together with Ms. Gao. As the trio was exiting the gate of Ms. Cao’s apartment complex, several police officers suddenly showed up out of nowhere. They arrested Mr. Sun, Mr. Gao, and Ms. Gao. Ms. Cao was later arrested too, along with practitioner Ms. Shi Ying.

Ms. Cao was denied admission due to high blood pressure and was released on bail by early next morning. Ms. Gao, Mr. Gao and Mr. Sun were placed in criminal detention at the Bamiantong Town Detention Center. Ms. Shi was first detained at the Hailin Detention Center and then transferred to the Mudanjiang Detention Center.

Mr. Sun’s latest arrest has brought endless sorrow to his family. His wife fainted several times. She has been suffering from advanced breast cancer, with her right breast oozing pus and blood. The couple’s older son had planned to go to a foreign country to reunite with his wife, but he had to change his plans and stay in China to take care of his mother.

In addition to her physical pain, Mr. Sun’s wife also suffers tremendous mental anguish. She often tells people she feels heartbroken because her husband has been wronged and detained for simply trying to be a good person. Had he broken the law and done bad things, she would have been fine with his detention. “Our family is a traditional family that values virtue and integrity. We are honest people who always treat others well. Influenced by my husband, I never cheat my customers while working as a street vendor and people trust me very much,” she explained, “I hope that the authorities could consider the situation and release my husband soon.”

Mr. Sun has appealed to the Mudanjiang City Intermediate Court. He is very worried about his wife. He fears they might never see each other again should her condition worsen during his detention, just as it happened with his mother.