(Minghui.org) Mr. Sun Xiujun, a resident of Dalian City, Liaoning Province, was released due to poor health three days after being seized by the police in a group arrest of local Falun Gong practitioners on June 2, 2021.

At least 29 Falun Gong practitioners and their family members were targeted in the arrests. Mr. Sun had his computer and printer confiscated.

In order to have fewer Falun Gong practitioners under their jurisdiction, the Dalian police forced Mr. Sun to move out of town. He returned to his hometown in Heilongjiang Province, where he passed away on July 19. He was only 50. 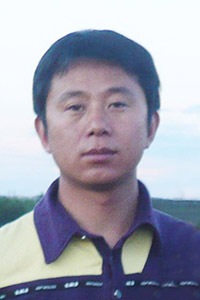 Mr. Sun’s death was a tragic end to his suffering throughout the Chinese communist regime’s now 22-year persecution of Falun Gong, an ancient spiritual and meditation discipline.

Shortly after the onset of the persecution, Mr. Sun went to Beijing to appeal for Falun Gong and was intercepted and arrested. The police beat him, causing his head to bleed.

Mr. Sun was arrested again on November 2, 2000, after being deceived by a special agent into going to a location to pick up Falun Gong informational materials.

When the police and staff members of the residential committee went to his home, his wife, also a Falun Gong practitioner, happened to be taking a shower.

The police spent half an hour yelling outside and tried to break open the door. During that time, Mr. Sun’s wife quickly put on her clothes and managed to escape from her home on the second floor.

The police later borrowed a ladder and broke in through the kitchen window. They searched the place and confiscated two Falun Gong books and 2,000 yuan in cash.

The special agent also led the officers to raid several other practitioners’ homes and took away their computers, cash, and other personal belongings. The local TV station reported on the incident, praising the police for “busting a Falun Gong base.”

While Mr. Sun was detained at the police station, the police stripped him of his clothes, poured cold water over him, and subjected him to extremely low temperatures. They also beat him and shocked him with electric batons.

Mr. Sun was later given two years at the Dalian Forced Labor Camp, where he was shocked with electric batons and deprived of sleep.

In the past 22 years, Liaoning has been one of the top provinces with the most severe persecution of Falun Gong. In Dalian alone, over 100,000 practitioners have been harassed, arrested, or detained. At least 147 practitioners are confirmed to have died in the persecution, with the actual death toll believed to be much higher, given the strict information censorship in China. Another 827 practitioners were given forced labor terms, and 371 were sentenced to prison. Thousands were detained and tortured in various detention facilities, including mental hospitals, drug rehabilitation centers, detention centers or brainwashing centers.