(Minghui.org) When China started its Belt and Road Initiative in 2013, many Eastern European countries were quite enthusiastic. Building roads, ports, and railways is a great thing, isn’t it? But only a year later, it became clear that this was not just an investment initiative, as Chinese money came packaged with Chinese control.

On the eve of a summit in Belgrade, Serbia, between Chinese leaders and 16 prime ministers of Eastern European countries, human rights activists from all over Europe wanted to use the opportunity to raise awareness about the persecution of Falun Gong in China.

Serbia is a democratic country, and its constitution guarantees freedom of assembly. This time, however, the police banned assemblies on short notice and without proper explanation, which was against the law.

Most of the activists canceled their trips to Serbia upon learning of the ban on assembly, but 11 people from Bulgaria, Slovakia, and Finland came. They disappeared once they stepped into their hotel – taken away by plainclothes police. Apart from the right to assemble, they were denied their basic rights – the right to make a phone call, the right to an attorney, and the right to have a translator.

In the aftermath of the summit, after being deported like criminals, some of those arrested sued the Serbian police. Their cases were rejected by the Ministry of Interior and the High Court of Belgrade. They finally filed a case with the Constitutional Court. This May, after seven years, the court ruled that they had been illegally detained and should be compensated.

The decision says: “The constitutional appeal of (name) has been accepted and it has been established that the Decision of the High Court of Belgrade, the Department of Preliminary Proceedings Kppr No. 3/15 of 15th January 2015 and the Decision of the Ministry of Interior of the Republic of Serbia - the Police Directorate - the Police Administration for the City of Belgrade - the Administration for Foreigners number 133/14 of 15th December 2014 violated the appellant’s right to liberty and security from Article 27 paragraph 1 of the Constitution of the Republic of Serbia…”

This decision is final. 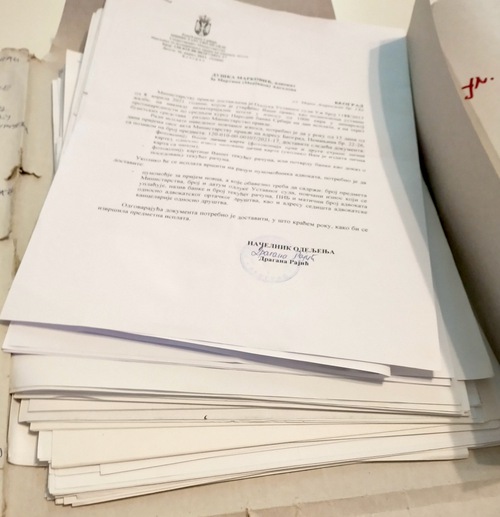 The case of Martin Angelov ready to be filed with the Constitutional Court.

We asked Dejan Markovic, one of the participants of the planned protest, how he felt about this court decision. He said, “It is a good thing for Serbia, indeed. It’s like the government admitted it did wrong by detaining those 11 people. The only problem is that justice is seven years late.”

Dejan Markovic and his family are filmmakers. A few years after the 2014 Summit, they covered the event in a feature documentary, The Blacklisted. The film premiered in Belgrade on May 9, 2019, at a documentary film festival.

“It’s quite symbolic that on May 9, Victory Day over Fascism, the Chinese embassy did everything they could to stop the film by pressuring the Serbian government, which in turn pressured the festival. But they didn’t [succeed] after all.”

The film is now available for viewing in 76 countries on major streaming platforms. 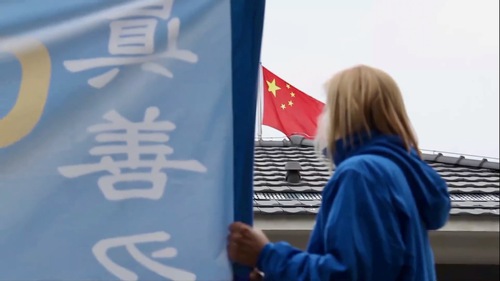 The Blacklisted: Demonstrators outside the Chinese embassy in Belgrade

Markovic adds, “Recently, some of us were practicing [the Falun Gong exercises] in a park. A passerby recognized me: ‘Oh, it’s that guy who was harassed by the police for practicing Falun Gong. I saw it in a film!’”

“In the end, we reached many people and they learned the truth about what’s going on in China–which was our initial goal at the summit.”

China’s Belt and Road Initiative is not nearly as popular now as it was in the beginning. The railroad between Belgrade and Budapest, agreed upon during the summit, was never built. During that same time, some other projects were started, but they have not achieved the win-win scenario depicted by the Chinese regime.

In neighboring Montenegro, China is building an expensive highway over the mountains, which led to the country defaulting on loan payments to China. The Chinese side has refused to renegotiate; if the Montenegrin government is unable to repay the loan, China will have access to its land and assets as collateral. This has already happened in some countries, such as Sri Lanka and Ecuador. International experts call this “debt-trap diplomacy.”

Totalitarianism at Our Door

Another participant of the planned protest in 2014, Martin Angelov, commented on his detention: “This event shows that China is not so far away. And totalitarianism is at our door, coming at our borders.”

For that reason, in Serbia today, one would not be granted a permit to demonstrate against the Chinese regime. The police would cite “security issues,” even though they know Falun Gong practitioners are peaceful. The real issue is that the Chinese Communist Party does not tolerate critical voices, especially when relations between two governments are on the rise.

But small victories, such as the Constitutional Court decision, lead to big ones. Things will have to change at the end of the day.