Belgium: Support from Federal Parliament Member to Oppose the Persecution of Falun Gong

(Minghui.org) On July 20, 2021, Falun Gong practitioners in Belgium peacefully rallied in front of the Chinese Embassy in Brussels to protest 22 years of persecution by the Chinese Communist Party (CCP). A member of the Belgian Federal Parliament sent a letter to express her support and respect. A former parliament member also showed his support in his letter to practitioners.

Letter of Support from a Member of the Belgian Federal Parliament 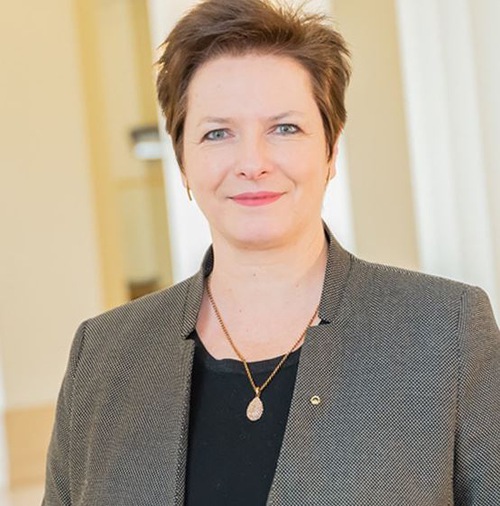 Annick Ponthier, Member of the Belgian Federal Parliament, is on the Foreign Affairs Committee

Annick Ponthier, Member of the Belgian Federal Parliament and member of the Foreign Affairs Committee, sent a letter of support for the 22nd anniversary of Falun Gong’s anti-persecution activities.
In her letter, she reaffirmed her support for practitioners. In particular, she wrote, “on July 20th, we commemorate all those Falun Gong practitioners who were persecuted, tortured, maimed, imprisoned, or subjected to even more brutal abuse.” She expressed her admiration for all the victims and all other Falun Gong practitioners.

Former Flemish Member of Parliament Jan Loones also wrote a letter to Falun Gong practitioners on July 19, saying he was happy to support practitioners in the battle between good and evil. 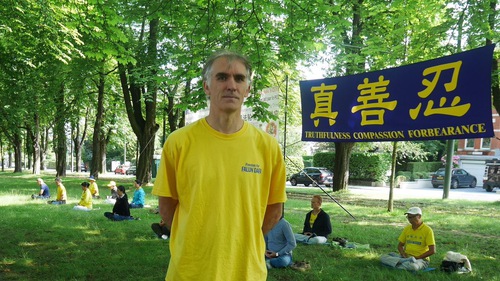 “We are protesting today in front of the Chinese consulate against the CCP’s 22-year-long persecution. Before the persecution started in 1999, Falun Gong (also known as Falun Dafa) had been practiced by 100 million people after it was introduced to the public in 1992,” said Nico Bijnens, President of the Belgian Falun Dafa Association, “Twenty-two years ago today, the Chinese Communist Party adopted a policy to ‘defame their reputations, bankrupt them financially, and destroy them physically.’ By abusing practitioners brutally and even harvesting the organs of living Falun Gong practitioners for profit, the CCP has committed genocide and crimes against humanity.”

He emphasized that Falun Gong is a meditation system that improves moral values and is based on the principles of Truthfulness, Compassion, and Forbearance. “As long as we follow the principles in our life, we will elevate our morality and have better physical and mental health. Now Falun Gong has spread to more than 100 countries and regions around the world.”

He also pointed out that, over the past 20 plus years, the CCP has deceived the world and used various means to slander and frame Falun Gong. Its goal is to cover up its crimes of persecuting people's beliefs and killing. But the CCP virus’ death toll of more than 4 million has awakened the world to the true nature of the CCP. Countries in the Western world are now waking up and condemning the crime of the CCP's live organ harvesting of Falun Gong practitioners. 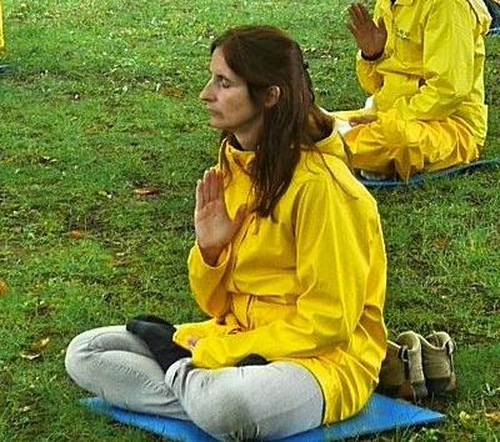 Angeline Jacobs, a college instructor, recalled walking past a Falun Gong event 10 years ago. She saw a practitioner who was meditating. “I was impressed that the practitioner looked so calm and peaceful. And I hoped that I could practice Falun Gong myself and remain calm like that,” she recalled. She took and read all the materials on offer and learned more about Falun Gong as well as the persecution that Falun Gong practitioners suffer in China.

Ms. Jacobs was shocked to learn about the brutality of the persecution. However, her desire to practice Falun Gong was firm.

Ms. Jacobs was glad to read that Falun Gong is based on the principles of Truthfulness, Compassion, and Forbearance. “That resonates with many aspects of my life,” she said. “I was clear that I would study Falun Gong.”

After practicing Falun Gong for 10 years, she has benefited enormously. More specifically, Falun Gong has brought inner peace, happiness, and health to Ms. Jacobs and the people around her. She added that Falun Gong has taught her how to better manage stress. She is now able to read without eyeglasses, her oral ulcers and other stress-related symptoms subsided, and her chronic back pain disappeared. It is a great teaching she would like to share with more people.

Ms. Jacobs said that it is paramount to let more people understand just how evil the Chinese Communist Party really is. She hopes that they will have a chance to learn the facts and choose a bright future.

An elderly man on his bike stopped and took pictures of practitioners doing the exercises. He said that he was a university professor and has known about the CCP's persecution of Falun Gong for a long time. He’d seen Falun Gong activities many times before and learned about the persecution from the truth materials he obtained.

He took his students to visit China many times, the first time in 1996 and the last before the Coronavirus outbreak. He said he knew the regime was a totalitarian one. “Freedom is a basic human right,” he said.