(Minghui.org) Falun Gong practitioners in New Zealand held a rally and march in the capital city of Wellington on July 6 to raise awareness of the persecution of their counterparts, which began in China in July 1999.

Several members of parliament including Louisa Wall and James McDowall attended the event. They praised the persistent efforts by practitioners for the past 22 years to expose the Chinese Communist Party (CCP)’s brutality against the peaceful practice. 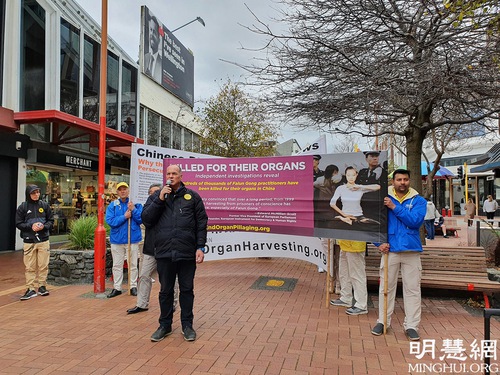 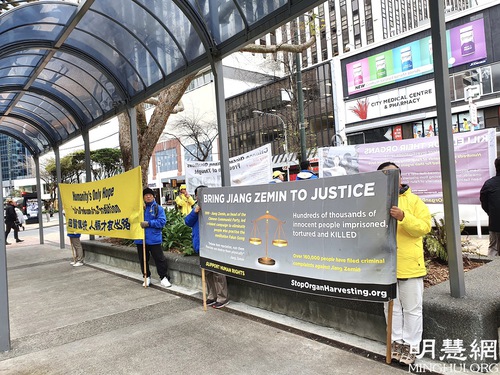 The march took place at noon starting from the well-known Cuba Street to Midland Park. At its destination in front of the Parliament Buildings, speakers talked about the popularity of Falun Gong and the CCP’s suppression of the practice in China, especially the forced organ harvesting targeting Falun Gong practitioners.

Courage to Speak the Facts

Louisa Wall, Member of Parliament for the Labor Party, said New Zealand is a democratic society, where Falun Gong practitioners could freely practice their belief. In addition, they are able to exercise their right to a peaceful life. 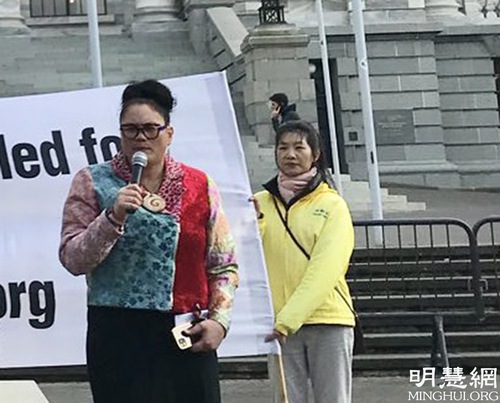 Louisa Wall, Member of Parliament, spoke at the rally.

But it is a totally different story in China where Falun Gong has been severely persecuted. That is why she wanted to thank all practitioners for their efforts in the past 22 years to expose the brutality by the CCP against the group, especially the forced organ harvesting. It is practitioners who chose to step forward and expose the CCP’s crimes to the public and to call on the international community to help end the ruthless crime. Therefore, she wants to thank practitioners for their courage.

Wall was the first parliament member in New Zealand who openly condemned organ harvesting by the CCP. As a member of the Inter-Parliamentary Alliance on China (IPAC), she said the New Zealand parliament will pay attention to the persecution evidence that practitioners submitted to the international tribunal that indicated Falun Gong practitioners are brutally suppressed simply for their belief. More specifically, Falun Gong practitioners are prisoners of conscience in China and the CCP sells their organs internationally for huge profits.

In a Radio New Zealand program called Red Line, Wall criticized the CCP’s atrocity against Falun Gong. “Based on a report from Sir Geoffrey Nice from the UK, we now know that forced organ harvesting is occurring to service a global market where people are wanting hearts, lungs, eyes, skin,” she remarked.

She says the government also needs to pass new laws to stop New Zealand citizens from obtaining organ transplants sourced from China or from any other country that cannot verify the integrity of its organ donor program. “The Uyghur population, and also the Falun Gong population, both have been designated as prisoners of conscience," she said. "We know that they are slaves. We also know that they're being used to harvest organs,” she added. Her interview by Red Line was later covered by major media outlets in New Zealand.

James McDowall, Member of Parliament for the ACT Party, also spoke at the rally. He said New Zealand embraces the freedom of belief. He thanked practitioners for sharing what has been going on in China. The suppression of Falun Gong practitioners in China is horrible and right now the entire society has heard this. 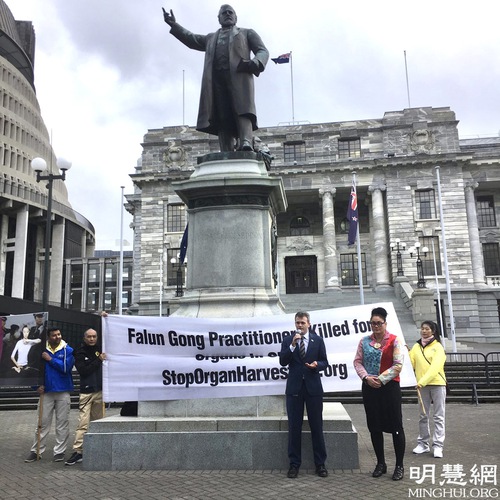 James McDowall is a Member of Parliament for the ACT Party.

McDowall said the CCP is a regime that has a terrible human rights record. He said events like this to speak out about the atrocities in China are very important, as they give a chance for parliament members to listen to voices from constituents and bring the concerns to Parliament. He assured practitioners that people were listening, including the elected officials. In the end, he wished practitioners well.

During the rally in front of the Parliament Buildings, many people took materials from practitioners. Two Chinese girls read the materials and talked with practitioners. They had not heard about Falun Gong in China, let alone the suppression and organ harvesting. One practitioner explained what Falun Gong is and its principles of Truthfulness-Compassion-Forbearance. She said that the CCP has been deceiving people all along. In particular, the regime controls all news media to cover up the crimes. She urged the two girls to listen to facts instead of blindly following the CCP. The girls agreed.

Many pedestrians were supportive and interested in learning more about the persecution. Pointing at a banner with the words “Stop organ harvesting by the CCP,” one pedestrian said he had heard about this. “The CCP has violated human rights and committed crimes,” he added.

An elderly gentleman walked with practitioners throughout the march. He said the CCP is vicious and the regime wanted to grab more power globally. He hoped more people could see through the regime and reject it.