(Minghui.org) The first Tianti Bookstore in Europe officially opened on June 18, 2021, in Ivry-sur-Seine in the southeastern suburbs of Paris. 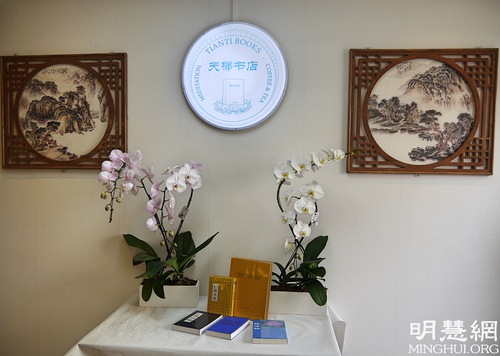 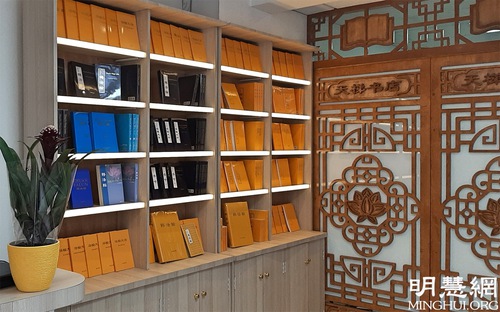 The first Tianti Bookstore in Europe officially opened on June 18, 2021, in the Parisian suburb, Ivry-sur-Seine. 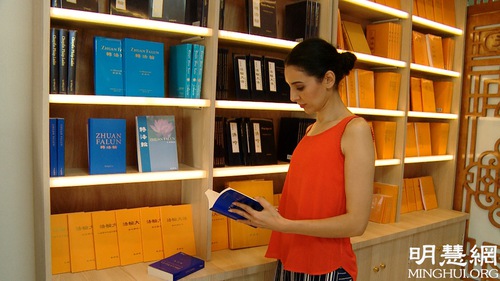 Many people attended the opening day festivities and purchased books and meditation mats. 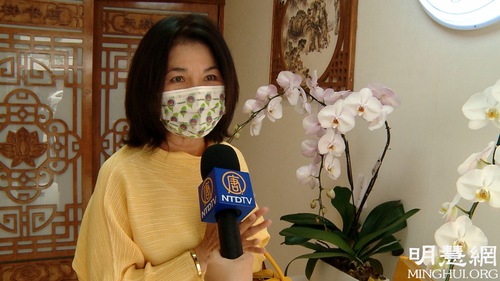 Ms. Lin Baobao from the Overseas Community Affairs Council, Republic of China (Taiwan), attended the opening day ceremonies and offered her congratulations. “I was surprised to see Zhuan Falun translated into so many languages. This will help many people find the right version for them, which is great,” she said. 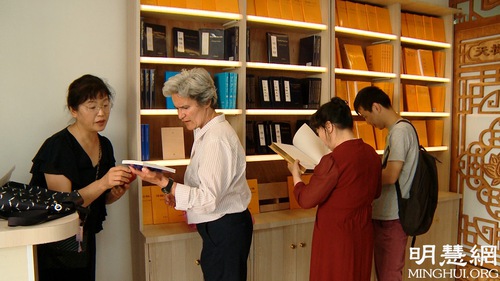 Beatrice (2nd from left) asks a store employee to help her find the books she needs.

Beatrice bought several copies of the French translation of Zhuan Falun and Falun Gong. She said some were gifts for her friends, “I know many people who are interested in learning Falun Dafa. I will suggest they come here to attend the nine-day Falun Dafa workshop.” 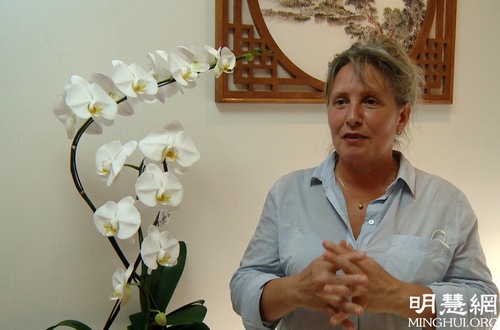 Cristina, a French chef, bought a copy of Zhuan Falun. “The opening of the Tianti Bookstore in Paris is not only good for people in France but all of Europe. Now it is much easier for people here to find Master Li Hongzhi’s (Falun Dafa's founder) books,” she said.

The bookstore will routinely hold Nine-Day Falun Dafa Workshops free of charge. Those who are interested can sign up by calling: 0033782470564.  The address of the bookstore is: