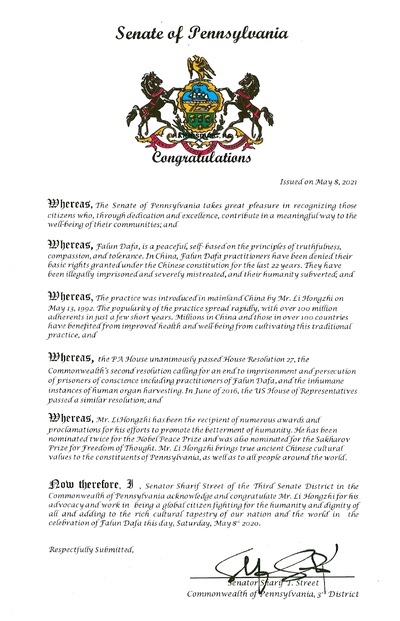 Senator Sharif Street stated, “In China, Falun Dafa practitioners have been denied their basic rights granted under the Chinese constitution for the last 22 years. They have been illegally imprisoned and severely mistreated, and their humanity subverted.”

“The PA House unanimously passed House Resolution 27, the Commonwealth’s second resolution calling for an end to imprisonment and persecution of prisoners of conscience including practitioners of Falun Dafa, and the inhumane instances of human organ harvesting. In June of 2016, the US House of Representatives passed a similar resolution.” 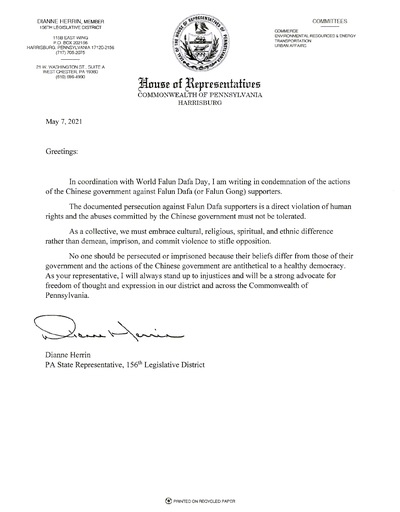 Representative Dianne Herrin stated in her letter, “No one should be persecuted or imprisoned because their beliefs differ from those of their government, and the actions of the Chinese government are antithetical to a healthy democracy.” 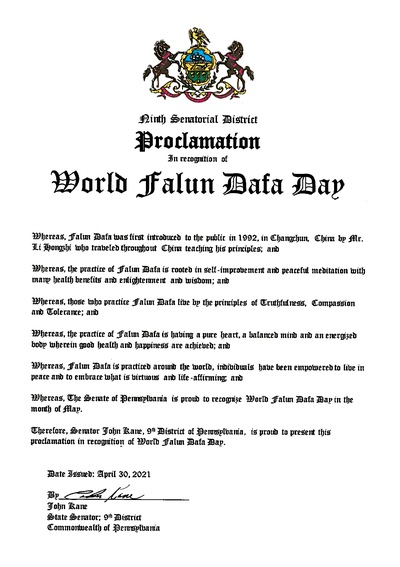 Proclamation from Senator John Kane for the 9th district

The Minghui.org website has confirmed the deaths of thousands of practitioners as a result of the persecution over the past 22 years. The actual number is believed to be much higher. More have been imprisoned and tortured for their faith.