Plaza San Francisco is a landmark in the city, and close to the entrance of a university. Many people, including college students from China, learned about Falun Gong and the persecution.

Adriana, a local nurse, happened to pass the Falun Gong activity. She stopped to get a brochure, and listened to a practitioner’s introduction. Upon hearing about the CCP’s persecution, she signed the petition calling for an end of the persecution. She showed interest in learning Falun Gong, and took 15 fliers to help distribute them. 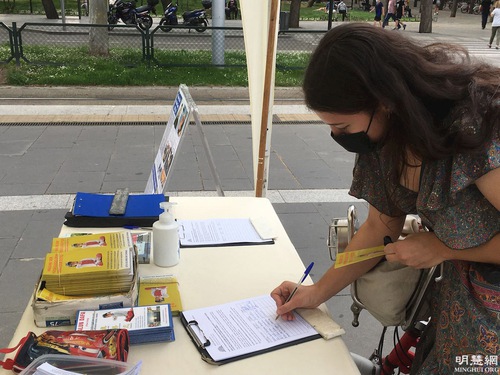 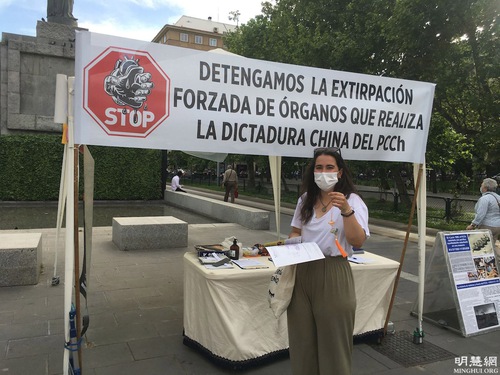 Some supporters said that they had heard about the persecution of Falun Gong through Facebook. They took this opportunity to sign the petition.