(Minghui.org) An elderly woman in Jinan City, Shandong Province was sentenced to 18 months in prison for her faith in Falun Gong, a spiritual and meditation practice that has been persecuted by the Chinese communist regime since 1999.

Ms. Zhang Huiqing, 70, and her husband Mr. Liu Sitang were arrested at an open market while telling people about the persecution of Falun Gong on September 6, 2018. They were released on October 25 after over a month of detention. 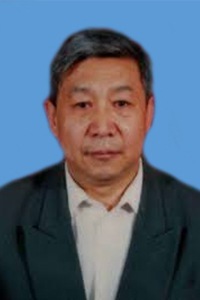 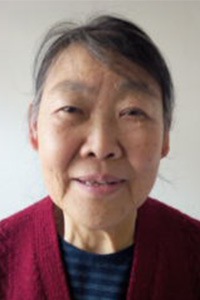 Mr. Liu was later sentenced to three years in prison and fined 5,000 yuan in April 2019. The Jinan Intermediate Court ruled to uphold his sentence on July 24, 2019, and he was taken to the Shandong Prison shortly after.

Ms. Zhang wasn’t tried until December 2020, and was convicted a month later. She is currently appealing her conviction. She has also filed complaints against officer Liu Wentao of Sangzidian Police Station, prosecutor Zhang Xuexia of Tianqiao District Procuratorate, and judge Wang Yong of Tianqiao District, who were all involved in her case.

Officer Liu had fabricated evidence to get Ms. Zhang charged, but the prosecutor and the judge indicted and sentenced based on the fabricated evidence. Ms. Zhang is accusing them of dereliction of duty, and demanding that they be removed from their posts and be held accountable for arresting and prosecuting innocent Falun Gong practitioners like her without any legal basis.

Deceived and Tried at Home

Ms. Zhang was released on bail after the arrests of her and her husband in September 2018. The police submitted her case to Tiaqiao District Procuratorate. To avoid further persecution, Ms. Zhang left her home to evade the police. In December 2019, police tracked her down after she visited her brother on his birthday. She was arrested and released on bail again.

Ms. Zhang attended the hearing via cell phone at home on December 1, 2020. On the other side were Tianqiao District Court judge Wang Yong, prosecutor Zhang Xuexia, and secretary Geng Minghui. During the hearing, Ms. Zhang told the court that practicing Falun Gong was her constitutional right and that no law has ever criminalized Falun Gong. She also stated that the ban on the publication of Falun Gong books was lifted by the Chinese publication bureau years ago. She told the court, “Falun Gong practitioners should not be subjected to illegal inquiries, home searches, kidnapping, or trial by any organizations or individuals.”

A month after the hearing, in January 2021, Ms. Zhang was given a one-year prison term and fined 1,000 yuan. She is currently appealing her sentence. She has also filed complaints against officer Liu Wentao, judge Wang, and prosecutor Zhang after she found out that Liu had fabricated evidence and re-submitted her case even though the Procuratorate rejected the case twice for lack of evidence. She said that the court had ignored her own defense and wrongfully sentenced her to prison.

Ms. Zhang was summoned to the Tianqiao District Court and Procuratorate many times after she returned home. Local police had called her, visited her at home, threatened, and fined her over a dozen times. The continuous harassment had serious impacts on her health.

Ms. Zhang experienced dangerously high blood pressure when the police tried to take her to a detention center in December 2019. The local detention center refused to accept her. Ms. Zhang’s hearing has also been deteriorating in recent years, and she often has chest pains. She gets dizzy when she gets nervous. She was hit by a car last year and is still recovering.

Ms. Zhang’s lawyer asked the court to release her on probation due to her health. However, the local justice bureau turned to the residential committee to evaluate Ms. Zhang’s situation. Its staff members, who have been influenced by the CCP’s slander of Falun Gong, refused to hold a brainwashing session for Ms. Zhang, which is required if someone is serving a suspended prison term or probation. They recommended prison time even though she was suffering from a medical condition. It’s not clear if Ms. Zhang has been taken to prison yet.

In September 2020, when Ms. Zhang went to pick up her and her husband’s monthly pensions, she found out that her husband's pension had been suspended per a request from the Social Security Bureau. She later learned that the Social Security Bureau was trying to recover the money that was paid to Mr. Liu during the six years he was illegally imprisoned for practicing Falun Gong, totaling over 230,000 yuan. Mr. Liu’s workplace had decided to dock his monthly pension payment until all was paid back. The authorities claimed that a new policy ruled that all Falun Gong practitioners serving time for their faith aren’t entitled to any pension benefits, even though no Chinese labor law stipulates this.

Ms. Zhang tried many times to negotiate with Mr. Liu’s workplace and the Social Security Bureau, but to no avail.

Mr. Liu, 78, is a retired engineer from Jinan Iron and Steel Company. He once succeeded in negotiating a big contract with a machine factory in Russia. Affected by the cold weather there, he became seriously ill after coming back home. Yet he still worked diligently. Because of injuries incurred at his workplace, Mr. Liu suffered from lower back problems, which later caused numbness in his back and legs. His health continued to decline as he aged. He developed high blood pressure and also suffered from other cardiovascular problems.

Ms. Zhang had a stroke years ago. She passed out from time to time, and had difficulty speaking clearly. To improve their health, the couple tried several qigong practices in the early 1990s, but none helped significantly. Both of them had to retire early because of health issues. The couple was introduced to Falun Gong in 1996 and soon experienced dramatic health improvements.

Like many Chinese practitioners, they refused to give up Falun Gong after the Communist regime banned the practice in 1999. They were thus illegally detained and fined multiple times, and their home was ransacked.

Mr. Liu was sentenced to three years in prison with four years of probation in December 2006. He was arrested again on February 4, 2009. The police ransacked his home and confiscated valuable items, including the nearly 90,000 yuan (~13,000 USD) in cash he had set aside for his son’s wedding.

The Lixia District Court held a hearing for Mr. Liu on December 9, 2009. No family members were allowed to attend. Mr. Liu was sentenced to four years in prison on December 18, 2009, and was ordered to serve a total of seven years (counting the three years he received in 2006).

Mr. Liu was severely tortured in the prison and twice sent to the hospital in critical condition caused by high blood pressure and intestinal blockage. The prison initially denied family visitation for Mr. Liu, but after the family filed several appeals to various agencies, including the provincial level Judicial Bureau, they were finally allowed to visit Mr. Liu.

Once Imprisoned for 5.5 Years, 75-Year-Old Engineer Faces Prosecution Again for His Faith in Falun Gong