(Minghui.org) Falun Dafa has spread far and wide and blessed practitioners and non-practitioners alike. Many non-practitioners have personally experienced the wonders brought about by reciting “Falun Dafa is good, Truthfulness-Compassion-Forbearance is good,” also known as the “Nine True Words” in Chinese as it has exactly nine Chinese characters.

On World Falun Dafa Day (May 13, 2021), which also marked Master Li's 70th birthday, many supporters of Falun Dafa sent in their greetings to celebrate the special occasion and honor revered Master Li on this special day.

“I live in Suihua City, Heilongjiang Province, and have a relative who practices Falun Dafa. I've been helping him and other Falun Dafa practitioners since the beginning of the persecution. I help them keep their Falun Dafa books and informational materials in a safe place whenever they are being targeted by the police for upholding their faith. I've been blessed all along. My children are very respectful and responsible. This year I had surgery to have my gallbladder removed. I kept reciting “Falun Dafa is good, Truthfulness-Compassion-Forbearance is good” and had no pain after the operation. I thank Master Li for protecting me!”

“I am 90 and live in Honghu City, Hubei Province.

“I had a miserable life and suffered from poor health. I often fainted. My daughter practices Falun Dafa and suggested I give it a try. Having gone through numerous political movements in my life, I was hesitant and didn't want to be persecuted. I did read Zhuan Falun once, though, so I knew I needed to be a good person.

“One day I had just left home when a car drove right at me. I fell and couldn't get up. The driver jumped out and said he'd take me to the hospital. I asked him to leave as I didn't want to get him into any trouble. My family soon came and rushed me to the hospital with a broken leg. I was in the hospital for one month and moaned in pain every day.

“My daughter suggested that I go home and listen to Master Li's audio teaching. I doubted if it would help, but she said it would. I didn't hurt at all anymore after I listened to the teachings for one week. I was able to get out of bed in two weeks.

“I would later break my leg two more times, but each time it healed without medical intervention.

“In May 2016, I fell and hit my head against a corner of my bed. I had a half-inch-long gash, which kept bleeding. As I started to pass out, I heard someone say, “Get her to the hospital.” I said, “I'm not going. Master is giving me new blood.” With that sentence, the bleeding suddenly stopped. Modern science can't explain what happened to me—I just knew that Master saved my life again.

“In September 2019, I suddenly became bedridden and couldn't eat or drink for more than ten days. My children got ready for my funeral. My daughter asked if I wanted to listen to Master's audio teachings. I nodded my head. A day later I felt hungry and started eating.

“Master has borne my karma numerous times and prolonged my life. I thank, Master, for saving me!”

Daughter Sent in Greeting on Behalf of Incarcerated Mother

“My mother practices Falun Dafa. Normally she'd have sent in greetings to Master Li around this time of the year, but she couldn't this year because she was arrested a few months ago and is still being detained.

“My mother suffered from a severe heart problem, but her symptoms disappeared after she began to practice Falun Dafa. I thank Master Li for saving her and allowing me to still have her around in my 30s.

“I was once deceived by the Chinese Communist Party (CCP)'s lies about Falun Dafa, but fortunately I learned the truth later on. Even though I haven't started practicing Falun Dafa myself, the goodness of the practice is deeply rooted in my heart.

“I hereby wish Master Li a happy birthday on behalf of my mother.”

“My wife practices Falun Dafa and we've witnessed her improvements over the past two decades. She regained her health and went from being selfish and narrow-minded to someone who is always considerate of others. She also urged us to recite ‘Falun Dafa is good, Truthfulness-Compassion-Forbearance is good’ and we all heeded her advice.

“My mother contracted a terminal illness when she was 80. Her doctor said she only had two more years to live. She moved in with me, and my wife played Master Li's audio teachings for her to listen to and advised her to recite, “Falun Dafa is good, Truthfulness-Compassion-Forbearance is good.”

“Three years have passed and my mother is in good spirits. She can even do some light household chores.

“We thank Master Li for saving my mother.”

In addition, the well-wishers included two sisters, a retiree, a former cancer patient, an elderly couple, a family of seven, a married couple with their three daughters, a family spanning three generations, and a mother and her daughter.

The greetings were received from the following regions: 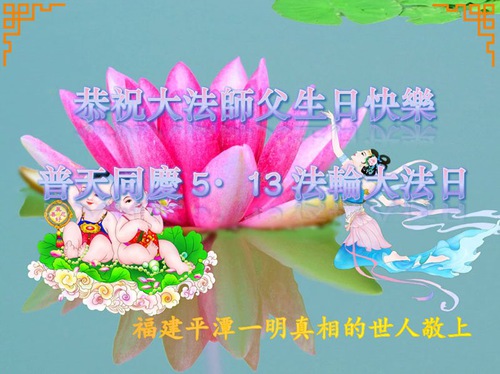 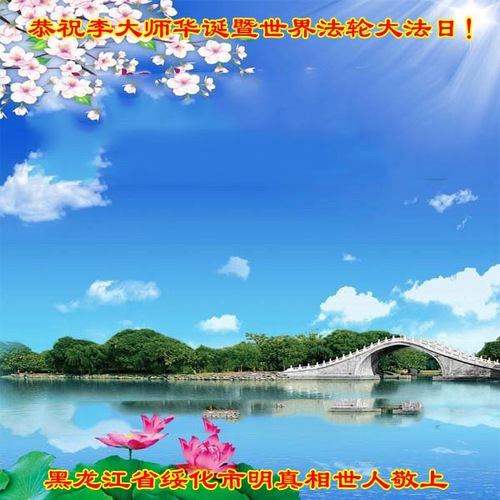 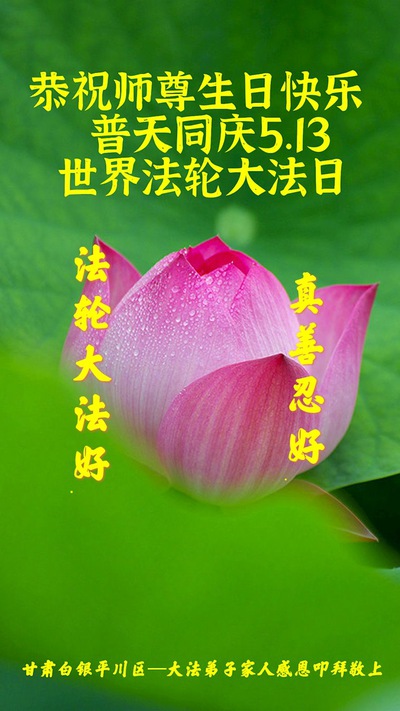 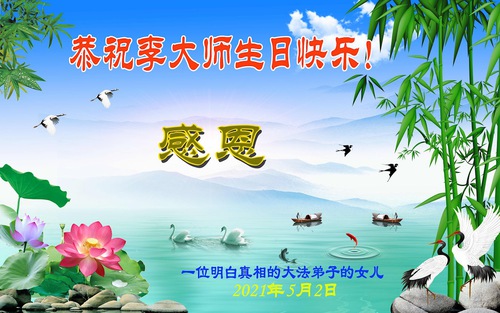 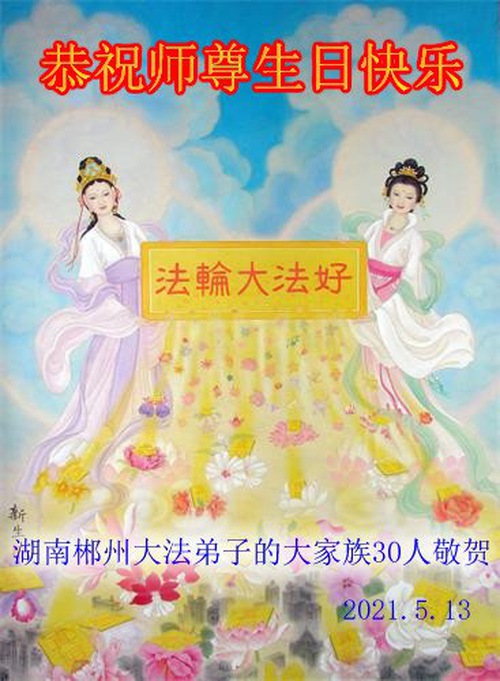 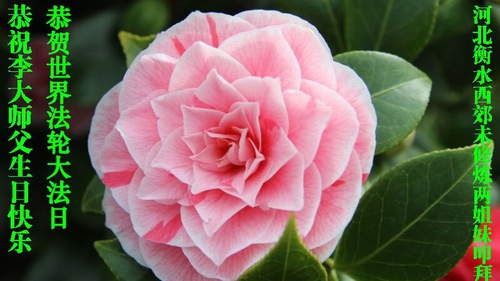 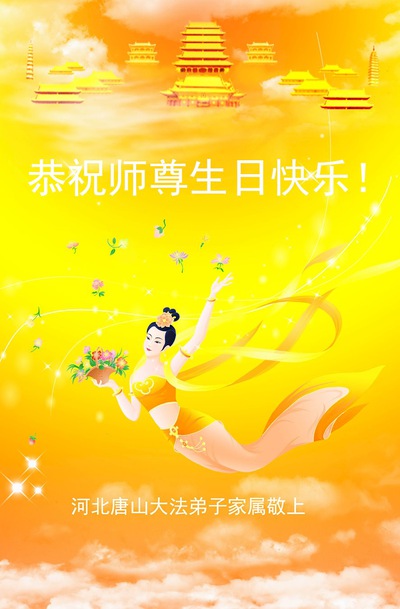 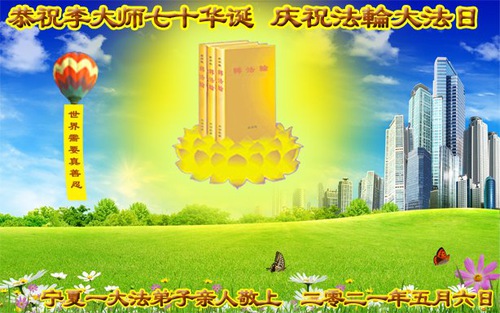 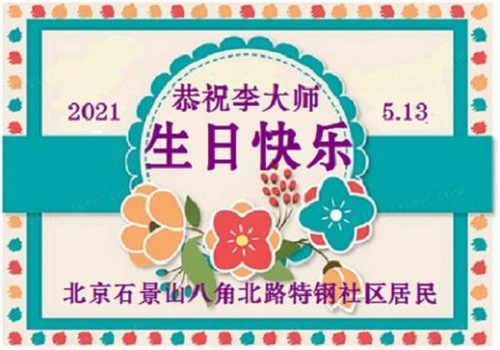 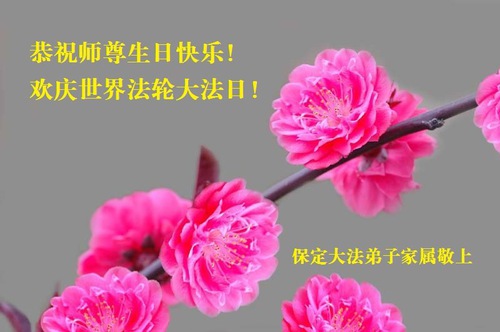 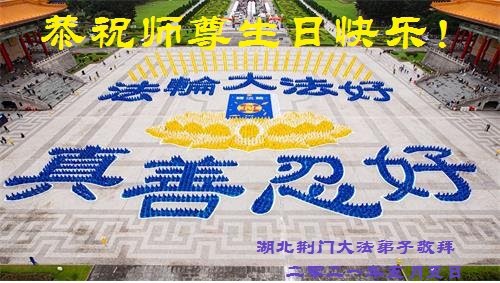 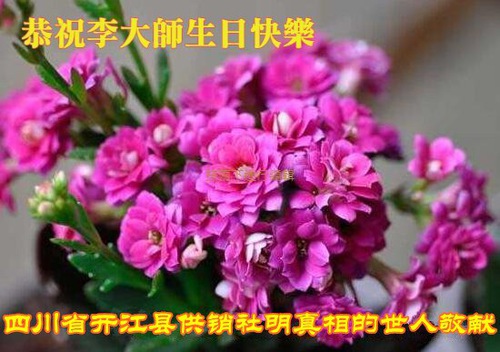 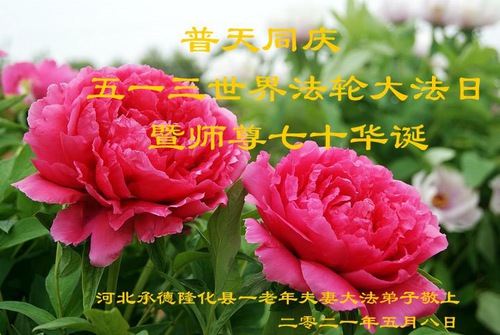 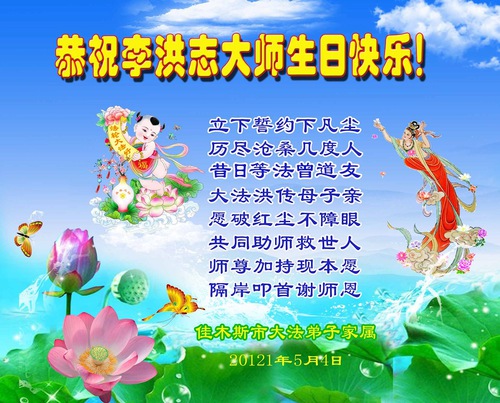 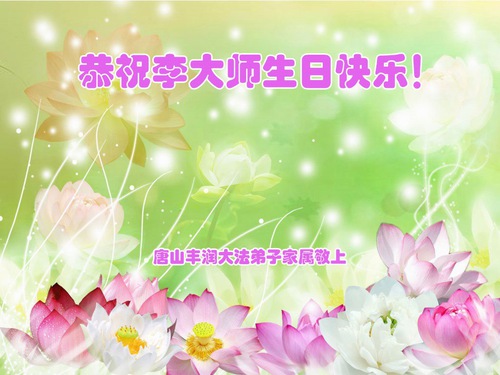 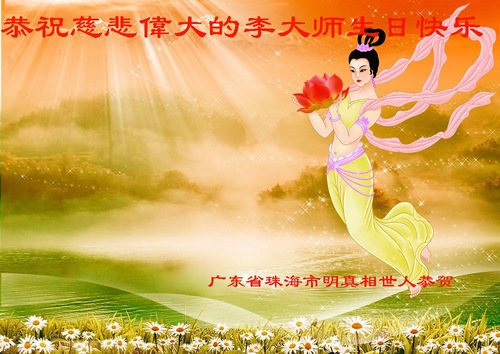 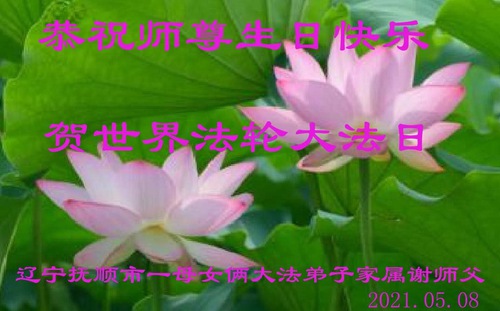