People from All Walks of Life Benefit from Supporting Falun Dafa

(Minghui.org) Since Falun Dafa was introduced to the public in May 1992, about 100 million people have benefited from the practice, both physically and spiritually. Moreover, many people have witnessed the positive changes in practitioners. By embracing the principles of Truthfulness-Compassion-Forbearance and supporting innocent practitioners in the harsh persecution, these people have received blessings.

One resident in Changchun City, Jilin Province, said his mother practices Falun Dafa and he always supports her. “One day when riding a bike uphill to work, a car that came from behind ran into me. I was bounced from the car to the ground, and the bike’s wheels were distorted. But I was totally fine,” he wrote, “I let the driver go since mother always told me to be a good person and to be considerate of others.”

A practitioner in Hubei Province said her husband has supported Falun Dafa all along. Once he had ankylosing spondylitis, and his back and neck were all stiff. “It was painful all the time, regardless of whether he was sitting or lying down. After trying various methods, he ended up reciting the phrases of ‘Falun Dafa is good’ and ‘Truthfulness-Compassion-Forbearance is good.' His pain abated and he totally recovered six months later. My family was all very happy about it.”

A practitioner in Jingzhou City, Hubei Province said she had 12 siblings and cousins in her extended family. All of them support Falun Dafa practitioners and have renounced their CCP memberships.

“My elder sister is 78 and she often joined me in going out to distribute materials related to Falun Dafa,” she wrote, “Despite her elderly age, she is very healthy and looks very young.” Other members of the family also had similar experiences. The sister’s son went to another city to start a small business. He lost money in the first year. Later on, he hung up a pendant in the car with the words “Falun Dafa is good” and “Truthfulness-Compassion-Forbearance is good”. He made over one million yuan (or $155,000) the following year.

“Everyone in my family are grateful to Falun Dafa and we all wish a Happy Birthday to Master Li!” she wrote. 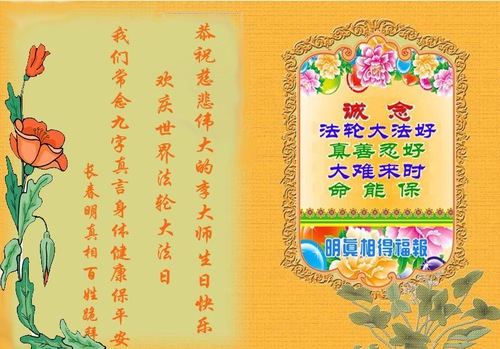 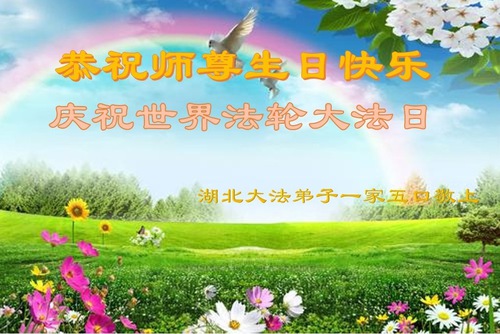 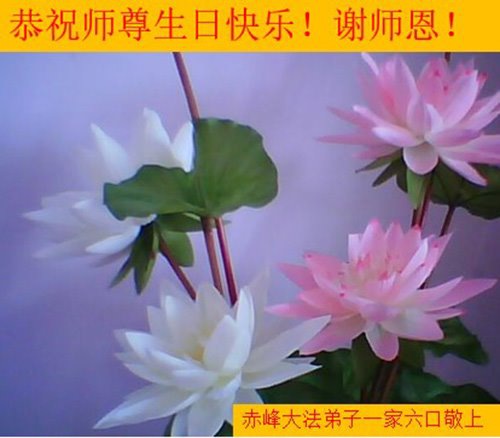 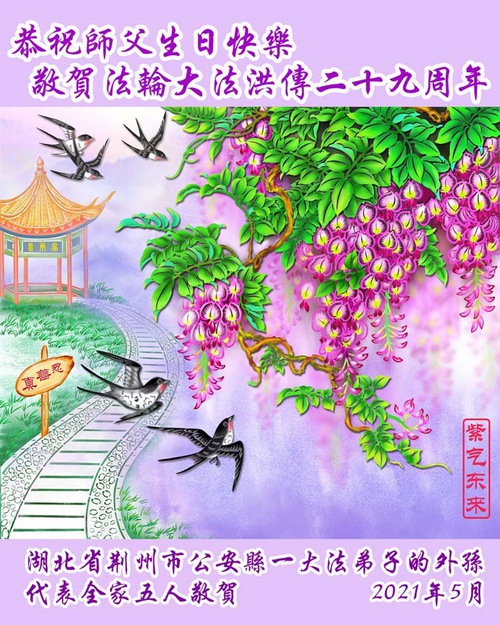 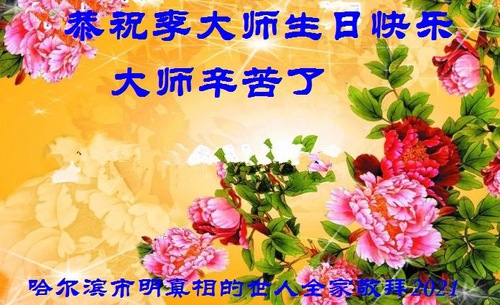 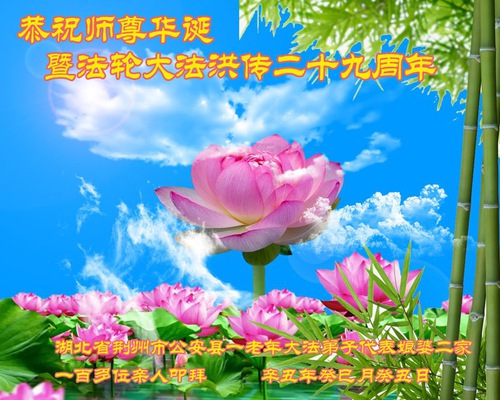 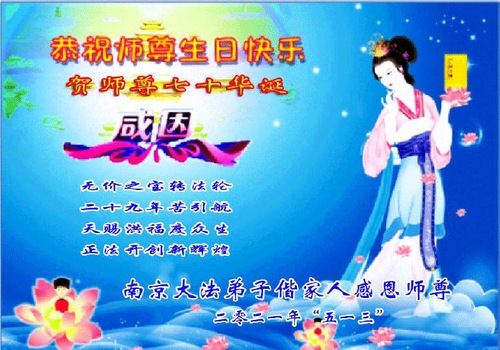