(Minghui.org) In honor of May 13, World Falun Dafa Day, Falun Dafa practitioners all over the world have send their heartfelt good wishes to the Minghui website to celebrate the anniversary of this historic day and express their profound gratitude to Master Li Hongzhi, the founder of the practice.

In this article, we present greetings from Falun Dafa study groups in China. They thank Master Li for awakening them, protecting them, and giving them good health. They vow to study the Fa teachings better, look within, remove their attachments, and fulfill their mission in the final stage of the Fa-rectification.

Several middle school teachers in Chengdu, Sichuan Province, wrote, “Master, please accept our infinite gratitude from the depths of our hearts! Please let us tell you, 'Master, you've worked hard!'” They added that they missed Master and thanked him for saving them.

Four elderly practitioners from Yichun City, Heilongjiang Province, wished Master a happy birthday. They wrote that they will cherish the time that was extended and study the Fa better. They vowed to be diligent together, encourage each other on their cultivation paths, do the three things well, and return home hand in hand with Master.

One group from Songyuan City, Jilin Province, thanked Master for saving them. The practitioners wrote that they are basking in Buddha's grace every day and have had many wonderful experiences and changes physically and mentally.

“We can feel Master's protection and enlightenment. Master taught us Dafa so that we could understand the meaning of life and know to look within when we encounter things. We will adhere to the universe's principles of Truthfulness, Compassion, and Forbearance and remove our attachments to fame, benefits, and sentiments.

“Holding the wheel for one hour is also a part of cultivating our hearts. Though we could not enlighten to its deeper meaning, we followed the new audio recording for the second exercise because we believe in Master and the Fa. After holding the wheel for one hour, we feel good, have fewer distracting thoughts, and don't feel tired. We’ve now enlightened that, as cultivators, we will encounter many barriers, and each barrier is a chance to elevate ourselves. After overcoming them, we will think those barriers were nothing when we look back. Before we elevated, that kind of feeling and state of enlightenment would have been unimaginable.”

They also promised to be steadfast in their cultivation, study the Fa, and be even more diligent.

Other greetings hailed from study groups in the following regions: 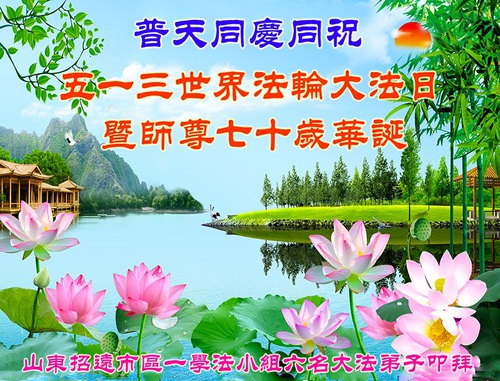 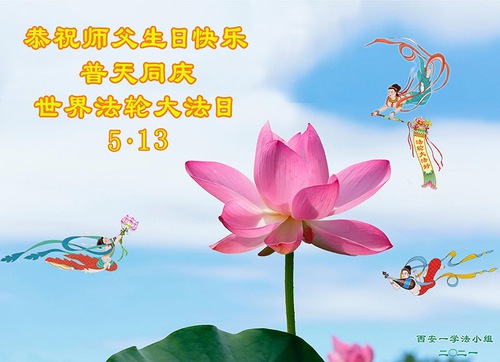 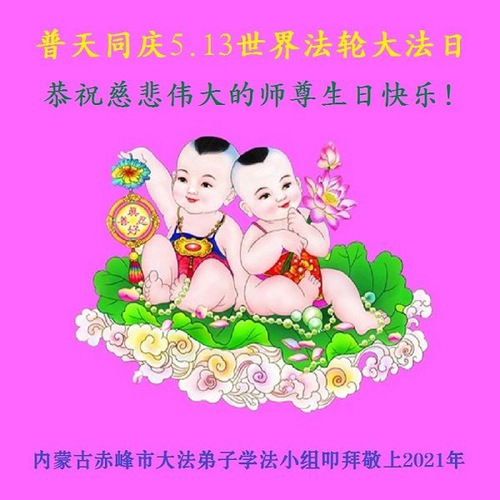 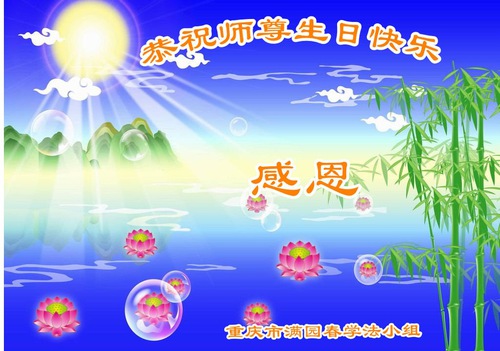 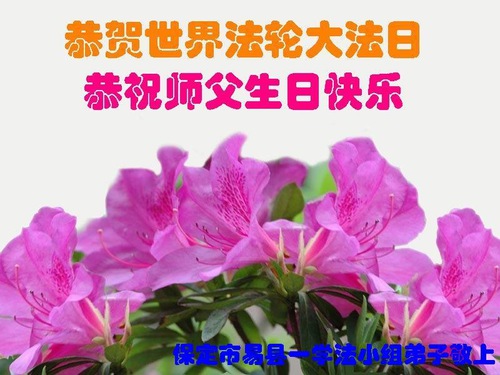 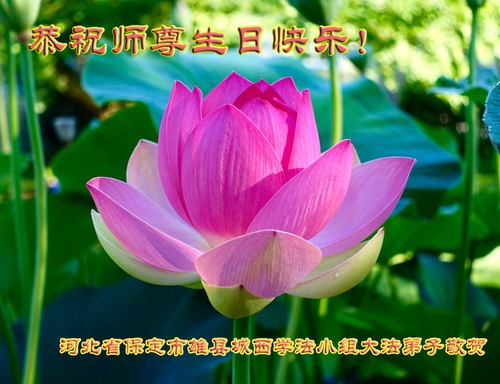 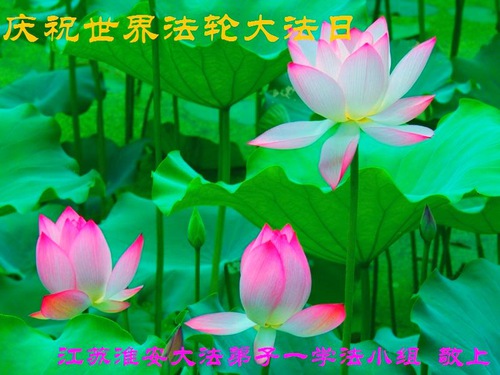 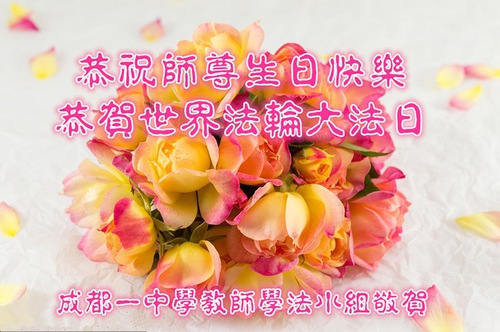