Florida: Three Cities Proclaim May 13 as Falun Dafa Day, and Encourage People to Live by the Principles of Truthfulness-Compassion-Forbearance

(Minghui.org) World Falun Dafa Day is on May 13, 2021, and the 29th anniversary of Falun Dafa’s public introduction. Maitland, Naples, and Daytona Beach, Florida issued proclamations for Falun Dafa Day in these cities.

Mayor John P. Lowndes of the City of Maitland issued a proclamation, which states, “Falun Dafa has demonstrated a steadfast commitment to improving health, in mind, body, and spirit, and enhancing the well-being of people from all walks of society who follow its tenets.”

“The great compassion and forbearance demonstrated by Falun Dafa practitioners has impacted the lives of people all over the world.” 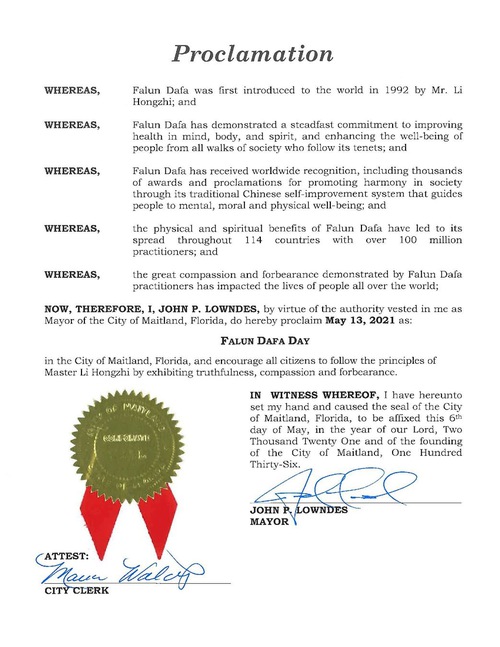 Proclamation from Mayor John P. Lowndes of the City of Maitland

Mayor Teresa Heitmann of the City of Naples issued a proclamation, which states, “In addition to having far reaching effects on stress relief and overall mental and physical health, Falun Dafa ultimately has the higher goal of bringing people toward wisdom and enlightenment.”

“All Falun Dafa activities, including classes and practice, are offered by volunteers, are open to the public, and are free of charge in Naples and many other communities in Florida.” 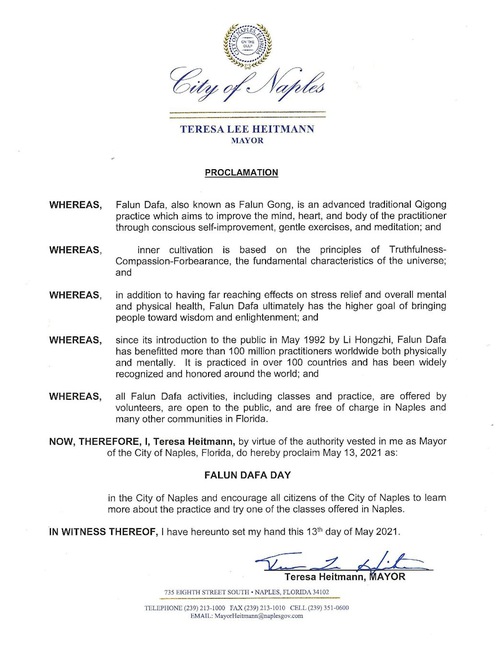 Proclamation from Mayor Teresa Heitmann of the City of Naples

Mayor Derrick L. Henry of the City of Daytona Beach issued a proclamation, which states, “Falun Dafa has received worldwide recognition, including thousands of awards and proclamations for promoting harmony in society through its traditional Chinese self-improvement system that guides people to mental, moral, and physical wellbeing.” 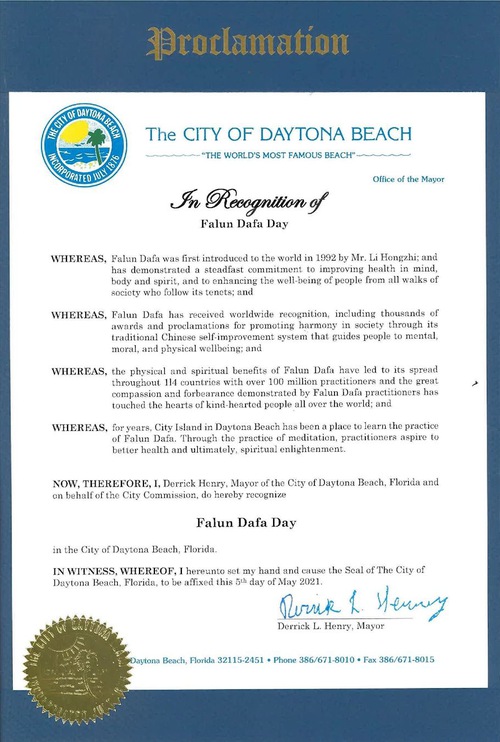 Proclamation from Mayor Derrick L. Henry of the City of Daytona Beach