Retired Canadian Professor: The Spirit of “April 25 Appeal” Will Bring Peace to the World

Mr. Gao said that he was very impressed by the peace and calmness shown by the Falun Gong practitioners during the unprecedented appeal outside the government complex. Some were reading books, some were meditating, and some were talking to each other quietly. “It’s really, really touching to see the inner peace and compassion coming out of them during the appeal.” he said. 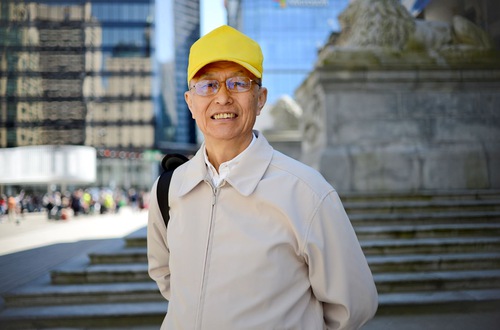 Mr. Gao Qigang feels that the spirit of the “April 25 Appeal” should be known to the world.

After then premier Zhu Rongji personally came out and met with practitioners, he promised a peaceful environment for the practitioners to practice their faith. It could have simply ended like that. But three months later, Jiang Zemin, then chairman of the Chinese Communist Party, launched a nationwide campaign against Falun Gong, and the persecution has continued to this day. Mr. Gao said that the appeal itself tells the world what kind of regime the Communist Party is and what it is capable of doing for the sake of its own benefit.