(Minghui.org) Falun Dafa practitioners held a car tour and rally in Bendigo, Australia on April 10, 2021. Over 30 cars formed a fleet and started off from Melbourne in the morning. Bendigo is two hours away from Melbourne and is the fourth largest city in Victoria State. The practitioners started the days' events with an exercise demonstration and rally.

Practitioners have participated in the Easter Gala Parade nearly every year since 2000. The 2020 event was canceled due to the coronavirus pandemic. The 2021 event was held indoors, but the parade was canceled.

Practitioners in Bendigo decided to hold a car tour and rally to let people know about the Chinese Communist Party’s (CCP) persecution. It was their first car tour and rally outside Melbourne since the easing of restrictions on outdoor activities. They introduced the spiritual practice and exposed the CCP’s persecution.

The cars carried display boards with the words: “Falun Dafa is Great,” “Falun Dafa Across The World,” “The CCP Commits Crimes of Genocide,” “Stop the Persecution of Falun Gong,” and “Protect Australia from CCP Influence” in both Chinese and English. The fleet of the cars drove around Melbourne for an hour before heading to Bendigo.

Several practitioners and human rights advocates spoke during the rally in downtown Bendigo. Between speeches practitioners demonstrated the exercises and gave waist drum team and musical performances. The colorful event and music attracted several passersby to stop, listen, and watch. 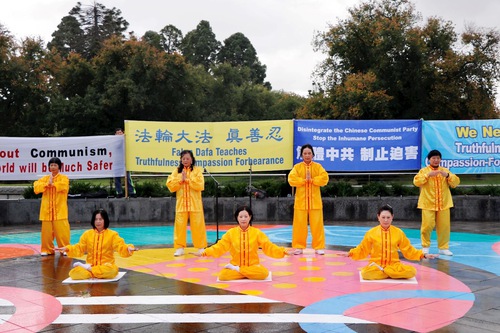 Practitioners demonstrate the exercises during events held Bendigo on April 10, 2021. 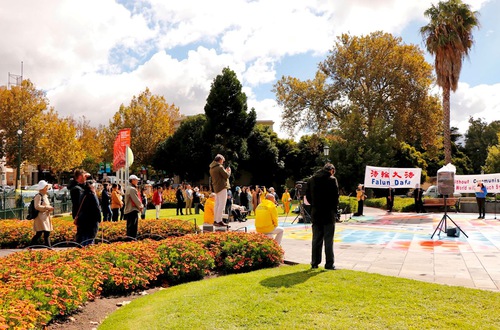 The rally in Bendigo. 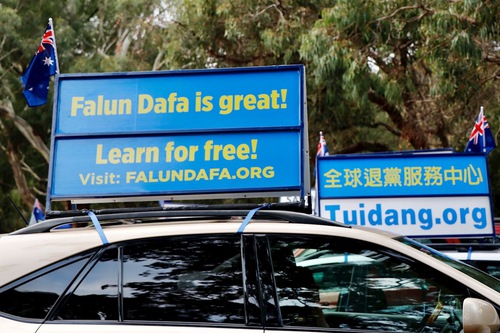 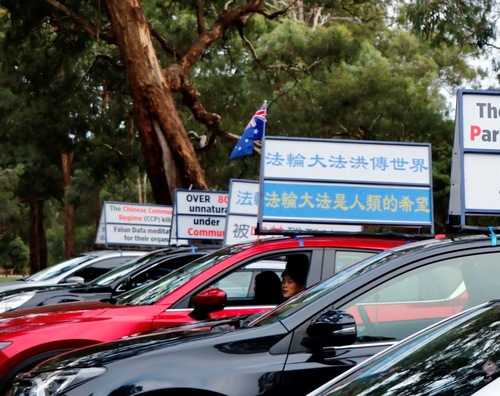 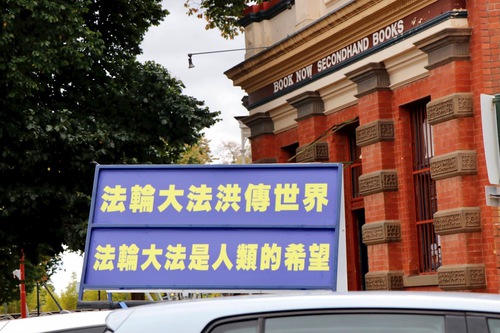 Vaughan Williams, a Bendigo city councilor, came to express his support. He pointed out that the event was significant and that practitioners made a five hour round trip to hold the event. 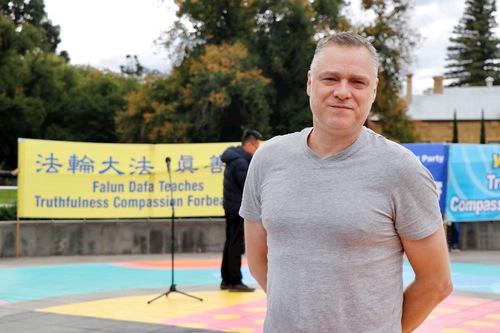 Williams said, “Falun Gong practitioners’ belief is love, peace, and tolerance. There were about 100 million practitioners in China following these principles, but the CCP took them as a threat. I support Falun Gong. The CCP is not good.”

Williams feels the CCP’s suppression of freedom is severe. He said, “It is important to hold such events. Everyone has the right to protest, especially against a tyrannical and iron-fisted regime. The CCP does not give freedom to its citizens. Look at what they have done in Hong Kong. This is why I don’t like the CCP.”

After the rally Williams said he wished to keep in touch with practitioners and offer further support.

Human Rights Advocate: The CCP Must Be Held Accountable for Heinous Crimes 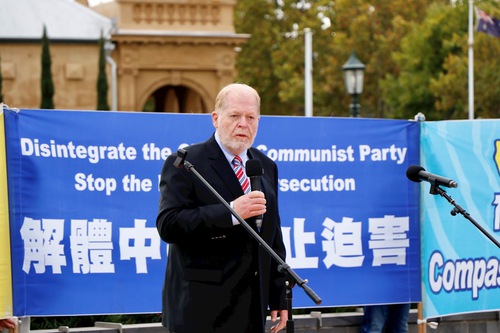 Andrew Bush traveled over 100 kilometers from his home at Ballarat City to attend the rally. He said the international community should hold the CCP accountable for its crimes, especially these heinous crimes against the Chinese people.

Bush said that the CCP killed nearly 100 million Chinese people since it took power in 1949. Large numbers of Falun Gong practitioners died from the CCP’s state-sanctioned organ harvesting. He feels the CCP is too evil and must be brought to justice. “We know the answer. The Nuremberg Trial is the answer,” he said.

Bush said that the CCP infiltrates Australia by all means, “The CCP is expanding and attempts to influence each Western country and each Pacific country, even Asian countries. Take a look at the recent situation in Myanmar. The CCP has violated everyone’s freedom, just like they did to the Chinese.”

Bush wants Australian people to know, “The CCP maintains its tyrannical control with violence. Using violence is evil and wrong.” “We need to stand up to safeguard freedom and against the CCP until it demises.”

Residents in Bendigo: People Need to Learn The Truth

Several practitioners narrated their experiences while practicing Falun Gong and how they were persecuted. They called on all kindhearted people to learn about the CCP’s nature and help stop the persecution. 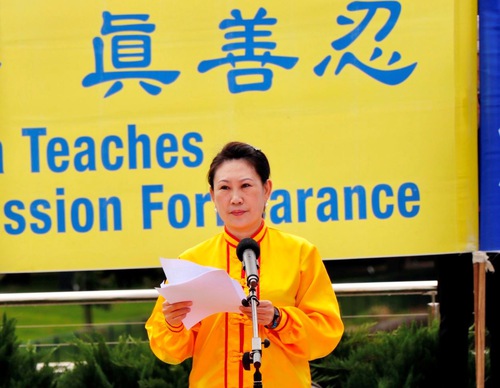 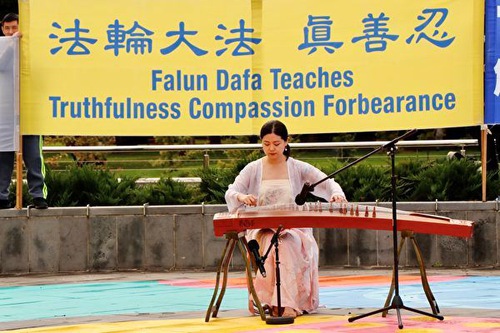 A practitioner plays the guzhong, an ancient musical instrument. 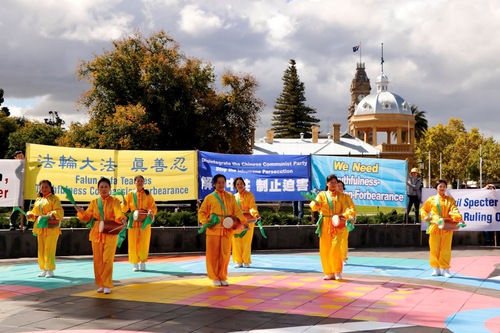 The waist drum team performs during the rally. 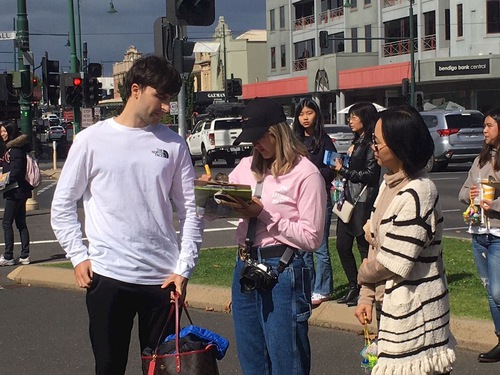 Upon hearing of the CCP’s persecution of Falun Gong and torturing them to force them to give up their belief, many people felt sad and signed the petition to condemn the persecution. A local psychologist said the rally was rich in content and people need to learn the truth. 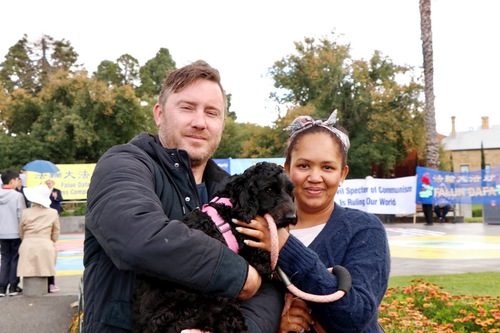 Celeste Lang said Falun Gong practitioners’ event was very meaningful, and that she hopes more people will learn about the practitioners’ petition and how the CCP affects people’s lives. 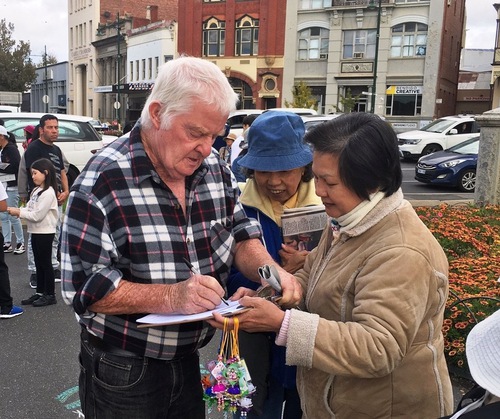 Local resident Brian Healy said he and his wife were in China when the CCP bloodily crushed the democracy movement in 1989. He said, “I think that the CCP will use force to crush anyone they feel is against it. That is how communism works.”

He said, “The CCP used tanks and guns to kill people, but it later claimed that no one was killed. They refused to admit what they did.” Healy said no one believed the CCP.

He said Chinese people are not the CCP, and he hopes Australian people realize this.