March 4, 2021 |   By a Minghui correspondent in Guangdong Province, China

(Minghui.org) A Dongguang City, Guangdong Province resident has been detained for nearly a month for her faith in Falun Gong, a mind-body practice that has been persecuted by the Chinese communist regime since 1999. 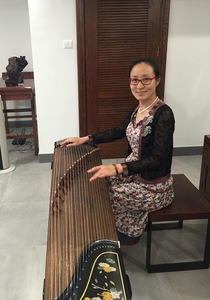 A property management officer and another person knocked on Ms. Li Yanxia’s door at around 9 a.m. on February 8, 2021. They claimed to check if she had any unreported guest at home. Ms. Li refused to open the door and said they had just checked it the day before. The two people returned one hour later and Ms. Li still didn’t open the door. It turned out that the person who came with the property management officer was a plainclothes policeman.

At around noon that day, a dozen police officers smashed Ms. Li’s lock and broke in. They ransacked her home and pried open her safe. Her laptop, cellphone, over 20,000 U.S. dollars, 5,000 Chinese yuan, and car key were confiscated.

When Ms. Li’s family came back from out of town on the next day, they noted that the police had put a seal on their door. At around 7 p.m. that day, her family met with Chen Rusong, the officer from Tianxin Police Station in charge of her case. Chen gave them a copy of her criminal detention notice, which was issued around noon. She was transferred to the Dongguan City No.2 Detention Center on February 11.

Her family returned to the police station several times and inquired about her case. The police refused to explain why they arrested her or why they refused to remove the seal from their home.

When her family checked their home again on February 19, they found the position of the seal had been changed, suggesting the police had returned to search the home.

Ms. Li’s family and their lawyer went to the police station again on February 22 and demanded the confiscated personal belongings be returned and the seal on their door be removed. Officer Chen rejected the request and threatened to investigate where Ms. Li got the U.S. dollars.

Ms. Li is a native of Qiqihar City, Heilongjiang Province. She has been working in Guangdong Province as an accountant in the past few years.

Prior to taking up Falun Gong, she suffered from severe skin allergies and migraines. She was unable to use moisturizers and often had severe frostbite in the winter. All of her conditions were cured after learning Falun Gong. Even the nasal polyps that she was about to have an operation to remove disappeared as well. Falun Gong also changed her bad temper. She was no longer withdrawn, but became more open, kind, and considerate.