Peru: Italian Consul Says Artwork Telling the Story of Falun Gong Must Be Shown All Over the World

(Minghui.org) Italian Consul Federico Ventre Ferro was deeply moved after viewing the Art of Zhen-Shan-Ren (Truth-Compassion-Forbearance) exhibition and explained, “I learned about Falun Dafa in India. Though the paintings describe startling scenes, it is necessary to exhibit them all over the world. It is very meaningful to have the exhibition in the city of Iquito to let people understand the cruel persecution experienced by practitioners.”

The Art of Zhen-Shan-Ren (Truth-Compassion-Forbearance) International Exhibition was held for the first time at the Amazon Museum (Museo Amazónico) in Iquito, a city in northern Peru, from November 12 - 26, 2021.

Mr. Federico Ventre Ferro, the principal of an art school in the city, and other dignitaries participated in the opening ceremony. After viewing the art exhibition, local residents said that this was the first time they learned about Falun Dafa and the Chinese Communist Party’s (CCP) 22-year-long persecution of practitioners in China. 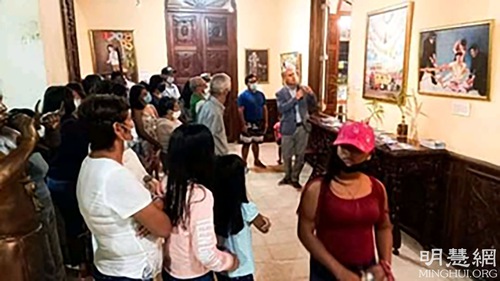 A practitioner explains the stories behind the paintings.

At the opening ceremony on the evening of November 12, Yara Pandura, the principal of Victor Morey School of Fine Arts, Italian Consul Ferro, architect Rafael Donayre Pinedo, and others cut the ribbon and gave speeches. 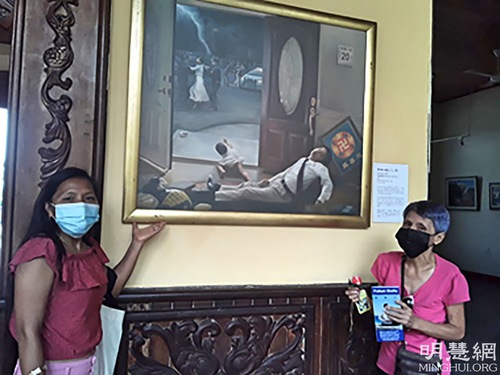 Artists Martha and Rosa in the exhibition

Artists Martha and Rosa are painters. Rosa said, “This exhibition is exciting. The connotation, colors and actions of these paintings convey the theme of the exhibition of Truth-Compassion-Forbearance. I thank the organizer for bringing us this rare exhibition.” 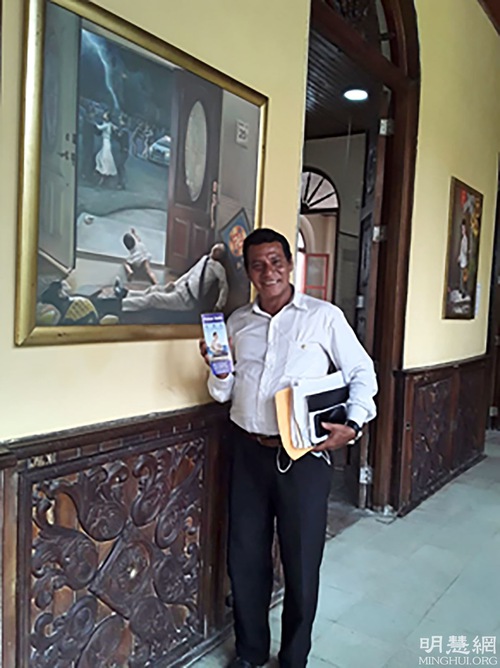 Lawyer Gilberto Núñez stands next to the painting that impressed him most.

Lawyer Gilberto Núñez said the paintings clearly outlined the misery of the Chinese people under the CCP’s control. He said he hopes that this scourge that has caused great harm to the world will end as soon as possible. He wished the exhibition success and congratulated the organizers.

Another lawyer, Jarvey Flores, said that these paintings illustrate the chilling scenes of how the dictatorship violates human rights. The exhibition made him reflect and guided him to be more kind to his colleagues. 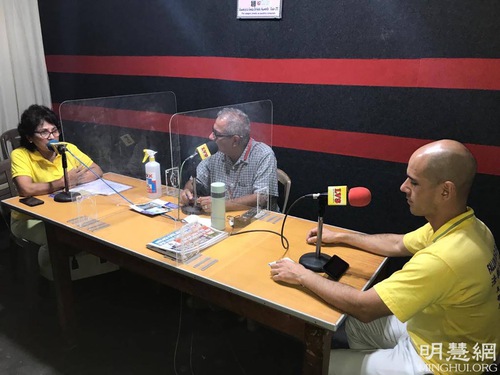 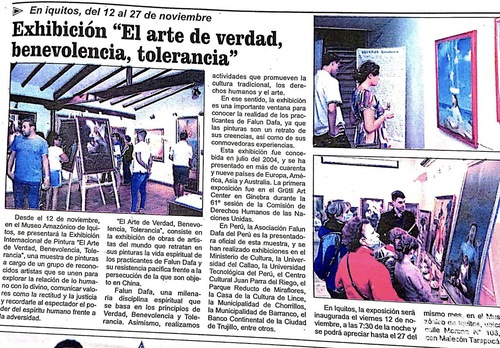