(Minghui.org) Falun Dafa practitioners in Japan held a rally and parade in downtown Yokohama at noon on December 27, 2020, to expose the Chinese Communist Party's (CCP) persecution and to tell people how it is harming the world. Many Japanese politicians came to show their support. They condemned the CCP’s crime of harvesting organs from practitioners while they were alive. They also called on the Japanese people to recognize the true nature of the CCP and call for ending the communist regime. 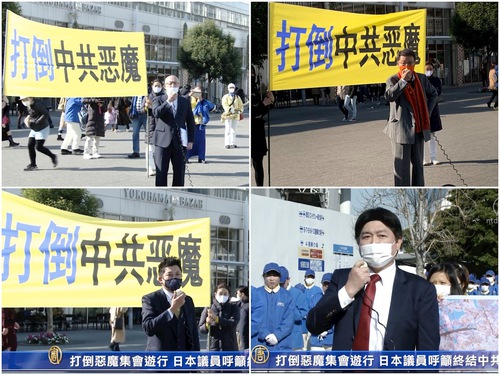 Many Japanese politicians came to support the practitioners' activities to expose the CCP's true nature.

Nakazugawa Hirogo, a former member of the Japanese House of Representatives, addressed the rally. He said, “It is necessary to let Japanese society know about the demon nature of the CCP and to let members of Congress understand the importance of this matter.” 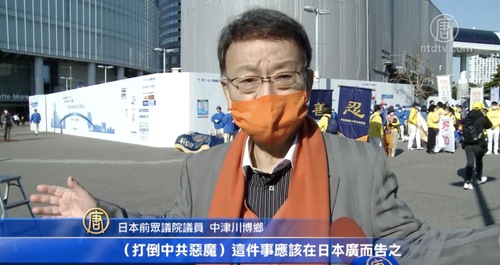 Hirogo Nakatsugawa, former member of the Japanese House of Representatives, addressed the rally.

Takao Miida, former member of the Kashiwazaki City Council in Niigata Prefecture, condemned the CCP’s persecution of human rights. He said, “[The CCP] harvests organs from living people and violates human rights. Now is the time to tell the people that these are facts. The CCP will come to an end when the entire world knows its evil nature.” 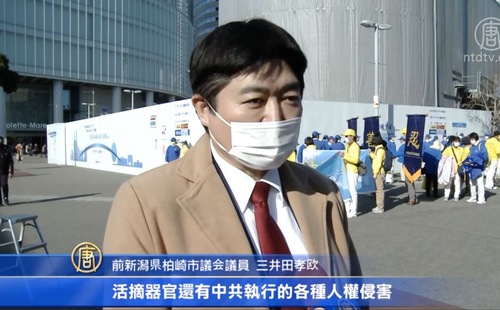 In their parade after the rally, Falun Dafa practitioners held banners that read: “Falun Dafa is Good,” “Falun Dafa in Japan,” “End the CCP Demon,” and “CCP ≠ China.” They passed through Yokohama's downtown and Chinatown. Many people stopped to watch the parade. 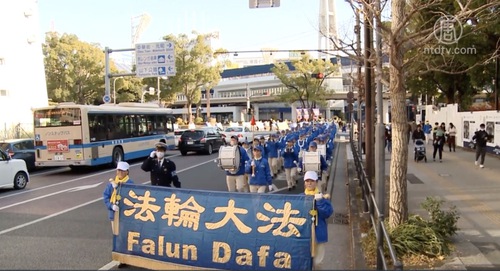 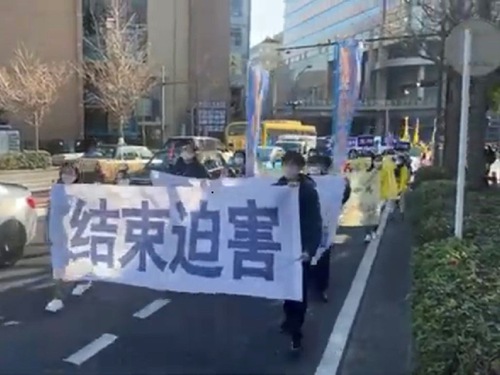 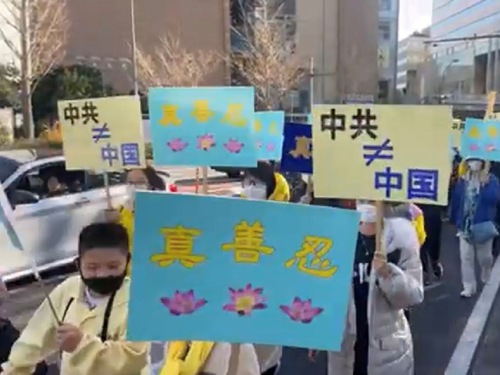 A parade was held after the rally. 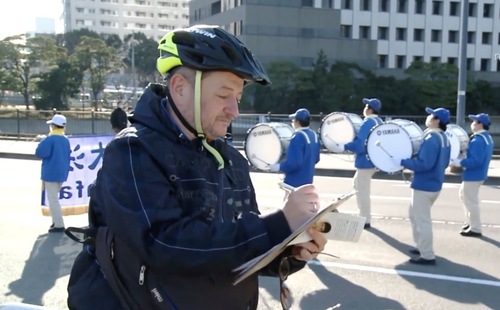 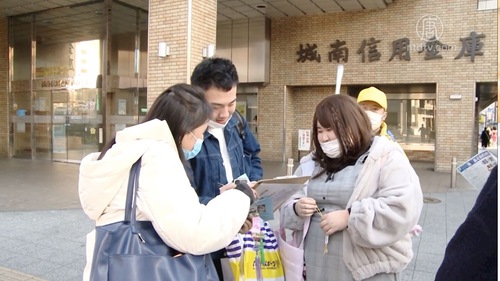 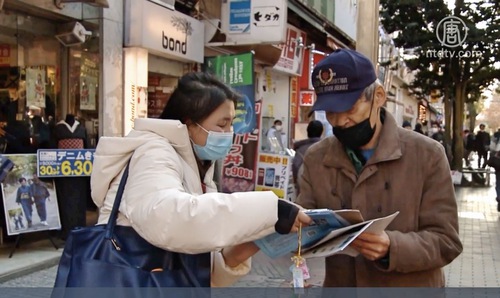 People signed the petition calling for an end to the CCP. 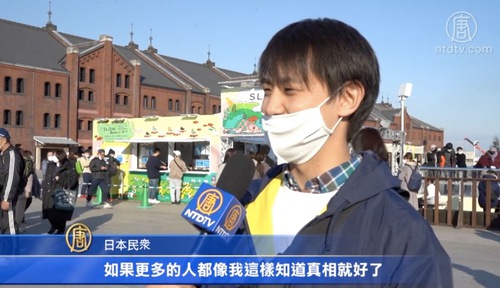 One young person who watched the parade said, “This news should be spread more widely. It would be great if more people knew the truth.” 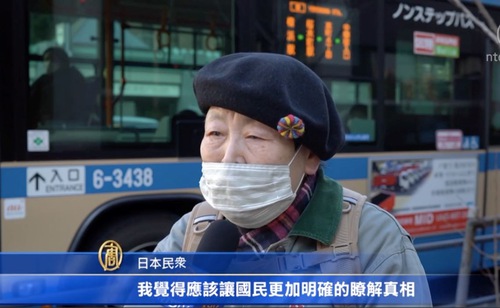 A lady watching the parade said, “I think we should let more people know this. If everyone in the world understands this important truth, then they will call for the CCP's disintegration.”