Pastry Chef in Taiwan: From Misery to Happiness

(Minghui.org) Chu Bo-yong started his own steamed bread outlet in Taiwan in 2017. Due to his careful selection of materials, fresh ingredients, and artistic quality, his outlet has become so popular in his neighborhood that customers need to submit their orders a week in advance.

Speaking of his family, Chef Chu recalled much misery. He followed his parents to Taipei to set up a stall to sell fruit when he was young. His family lived on the street and was harassed by the police.

At an early age, Chu had to take care of his family, and tribulations were never far away. His elder brother was killed by a train when he was in high school. His younger brother was killed on an outer island where he served as a soldier. His father passed away due to a heart attack.

As a result, Chu did not do well in his studies. After graduating from high school, he helped in his uncle's factory and learned some skills. His uncle’s factory specializes in the wholesale of all kinds of Chinese-style dim sum.

Chu learned to make a variety of pastries by rolling and filling them, observing the degree of fermentation, and controlling the heat. Gradually, Chu became an independent pastry chef.

Getting Answers to a Difficult Life

“Facing so many tribulations, I felt sad,” said Chu. “I was always looking for an answer for my suffering in this life. What is the meaning of life in this world?”

“I used to believe in Buddhism, Christianity, Tantrism, qigong, and so on. I spent a lot of money and paid a lot of tuition. But I couldn't find any answers to my questions.”

In 2005, Chu saw news about the  Tiananmen self-immolation incident, which the Communist Party staged to incite hatred against Falun Dafa. He did not know why the Party wanted to use a whole country’s resources to persecute a school of cultivation that taught the principles of Truthfulness-Compassion-Forbearance.

He talked to a relative who was practicing Falun Dafa and borrowed a copy of its main book, Zhuan Falun.

“I was shocked when I read  Zhuan Falun,” recalled. “My view of the world and life was completely changed after reading this book. It is such a great book.”

“I finally understood why I experienced so many problems. I would not have sought the meaning of life if I were the son of a rich family, without difficulty or worry.”

He now understood that nothing happens by chance in this world and that tribulations are due to karma from past lives.

“When I look back now, I feel that the grievances and hardships I experienced in the past have become good nutrients in life and work. And these nutrients have finally returned to me.” 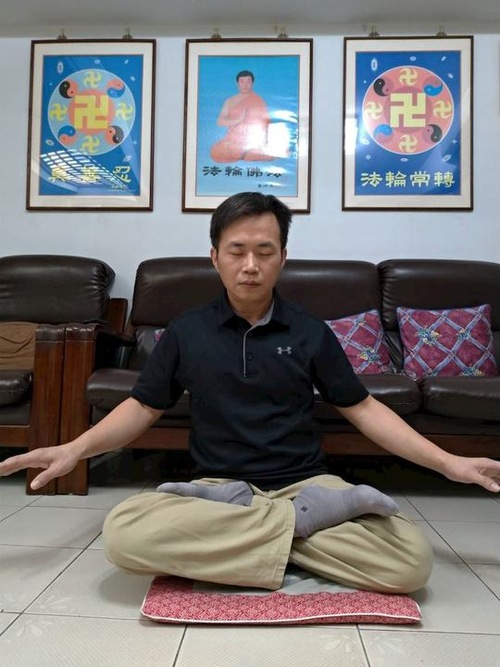 As an owner of the pastry outlet, he also had conflicts while doing business.

“When I opened the outlet with a partner, we did not cooperate well,” recalled Chu.

“For example, the partner used to eat and live in the store. My wife once asked me whether I should ask him to share the rent, Internet charge, and utilities.”

“I said, ‘It doesn't matter, because we can afford it. After all, he lives by himself. Actually, if I didn’t practice Falun Dafa, I would care about this. But fortunately, I practice Dafa and live by the principles Truthfulness-Compassion-Forbearance.”

In the three years since he opened the store, Chu has received praise from many customers. But some customers did not honor their order without giving a reason.

“For example, a customer placed an order and I was committed to fulfill my part,” said Chu. “Then, the customer canceled when I was about to close the store in the evening.”

“Although some people have a bad attitude, I treat the issue positively. Maybe they just met with a problem and couldn’t pick up the order.”

In preparing the pastries, Chu said that he doesn’t add antioxidants or preservaties as other shops generally do. He uses filtered water in his cooking, and he prepares the stuffing from original ingredients. For example, when making red bean filling, some manufacturers add modified starch and then blend in food coloring to reduce costs. But Chu chooses to use pure red beans to make the filling.

From reading Dafa books, he understands that one’s wealth is predestined and that one should take money lightly. He said his foods cover the basic needs of a customer, and he doesn’t plan to increase the price.

“I know that some stores pay more attention to packaging and need big advertising budgets. But, I don’t think we need to make more money than we need. The most important thing is to ensure quality and serve our customers to the best of our ability.”

Most Fortunate to Practice Falun Dafa

Chu has worked with dough for more than 30 years.

“When I work, I play music composed by Falun Dafa practitioners,” said Chu. “I immerse myself in a peaceful state of mind. Because of my tight schedule, I focus my mind only on the product and don’t think other thoughts. I hope that everyone who eats it can benefit both physically and mentally.” 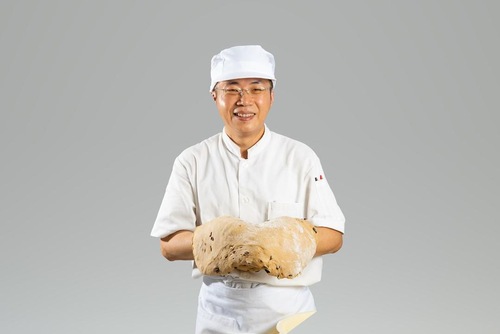 “Since I started practicing Falun Dafa, I have not been ill even once, nor have I been as pessimistic as I used to be,” said Chu. “My colleagues and family know it is because of Falun Dafa.

“Sometimes it’s really a pity to see that some of my friends don’t practice Dafa, because this is an opportunity for everyone. There is nothing happier and more important than cultivation.”