(Minghui.org) Increasing evidence points to large-scale fraud in the 2020 U.S. Election. The Supreme Court, mainstream media, and many legislators in the U.S. have turned a blind eye to it. Evidence from various sources indicate that the Chinese Communist Party (CCP) has infiltrated the United States at all levels. Well-known human rights lawyer Kerry Gore of New Zealand said the U.S. election has a profound impact on the world's future. The CCP’s threat to democracies and rule of law must be recognized. 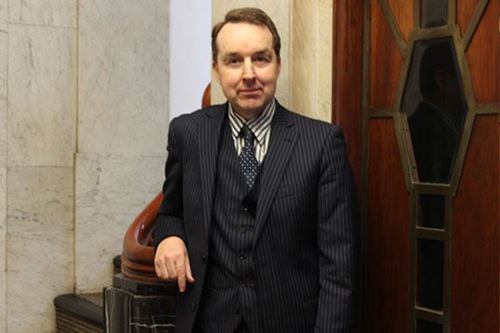 The US Election Fraud Affects the Whole World

Gore pointed out the issue of election fraud in the US General Election is an important issue, not only for the United States of America, and the American people, but also for other Western liberal democracies, indeed all countries in the world. Electoral integrity lies at the very heart of the concept of democracy, as a political order and process reflects the free and informed choice of the electorate.

“If we cannot have confidence in the electoral process, then what is required is for the courts and administrative agencies to properly address this issue,” he said.

“If confidence in the integrity of the election is to be restored, then credible reports of electoral irregularities and electoral fraud must be taken seriously, and not dismissed. Failure to do so deprives any subsequent administration from claiming any legitimacy. Democracy is therefore undermined.”

“If it is necessary for President Donald Trump to exercise powers which only he enjoys by virtue of his office, then that needs to be done at the earliest opportunity.”

Everyone Should Recognize and Reject the CCP

Gore said what is required more than anything else at this critical point in history is the need for any administration to recognize the threat posed by the CCP to democratic institutions, democratic processes and the rule of law, and its geopolitical ambitions. There is a very real danger that a new administration led by the other candidate will retreat from confronting the CCP as President Donald Trump has done, and choose the path of “cooperation.” That would be a fatal error.

Gore said appeasement has been tried and failed. America must not hesitate to confront the CCP where that is required and ought to advocate for respect for human rights and freedoms, civil liberties and the rule of law. America is the leader of the free world and should not abdicate that role. It should lead by example.

“In doing so, the CCP has demonstrated its complete and utter disregard and contempt for fundamental human rights and freedoms, civil liberties, and the rule of law.

“Any administration that fails to comprehend the threat posed by the CCP is one which enables the CCP to more easily realize its geopolitical ambitions.

“It therefore becomes the urgent responsibility of each one of us to reject the CCP. This is a moral responsibility that each individual and our elected representatives have.”

He thought the CCP’s political ideology of communism, its advocacy of class struggle, its goal of the dictatorship of the proletariat, and its dialectical materialism must all be rejected as a failed political ideology.

Truthfulness-Compassion-Forbearance Should be Encouraged and Promoted

Regarding practitioners’ efforts to stop the CCP’s persecution for the past 20 years, Gore said, “Only a return to the guiding principles of Falun Dafa, Truthfulness, Compassion, Forbearance, is what will ensure a future for the Chinese people, the Chinese nation and all other countries in the world.

“This is inevitable, and not only should we in the West, but the people of all other nations ought to encourage and welcome this. We will also make a truly wise choice by embracing these profound principles too, if we wish to preserve our rights and freedoms, our civil liberties, and the rule of law.”

He hopes the American people will not be discouraged by what has happened in the course of the United States general election. At this critical juncture, they have the opportunity and ability to effect change that will not only transform America, but change the world for the better. This is the privilege that history has bestowed upon them, and they will rise to the challenge.