(Minghui.org) A “Stop the Steal” rally was held in Sacramento, California, on December 10, 2020. Local residents protested the voting fraud in the recent November general election and expressed their determination to protect the American Constitution and the integrity of the electoral system. 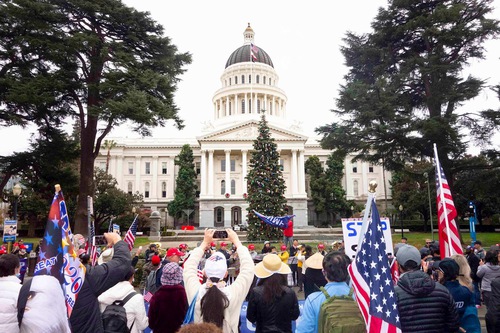 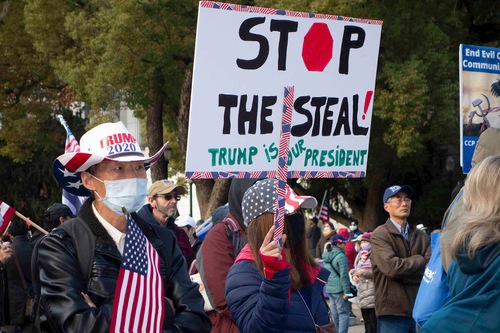 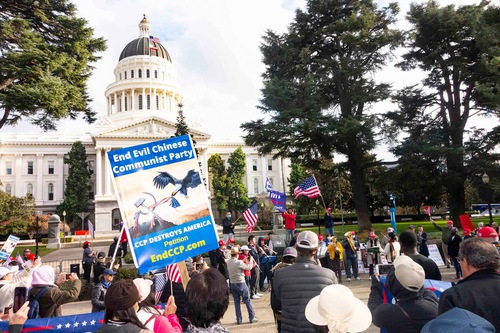 “Stop the Steal” rally in Sacramento, California on December 10, 2020.

As hundreds of people peacefully gathered in front of the state capitol in Sacramento, the rally started with a band performing the Star Spangled Banner. Many people gave speeches, condemning the massive fraud that took place during the presidential election, and calling on people to safeguard the U.S. Constitution. They strongly believe that God is in control and President Trump will win the election.

Mr. Carlton Lynch, a member of the Democratic Party, said that Trump's opponent would not be our president, “Because I believe that God is watching all of these. Our country was founded on God, and we still live for God. He will answer people’s call and He will not forsake us. Just like when Christ was in the grave for two days, the devil thought he had won.” Lynch said he believes in God above all things. Despite the Supreme Court rejection of the Texas lawsuit, Lynch said, “My faith is not being moved by the things that I see or hear, but knowing that God’s words are true.” He knows that President Trump will eventually win. 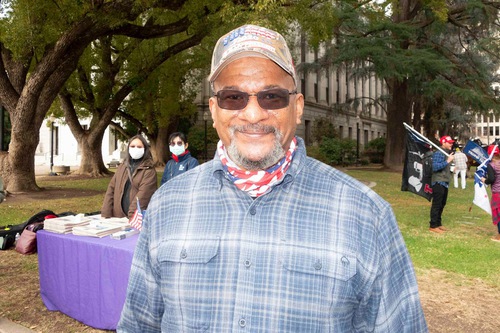 Mr. Carlton Lynch at the Stop the Steal rally in Sacramento

Lynch was disappointed in the media for not reporting the fraud cases. He said that his father had told him to vote for whoever was the best. “There are a lot of Democrats that have helped out in the past, but there is a lot of corruption going on today. This is not the Democratic Party!” 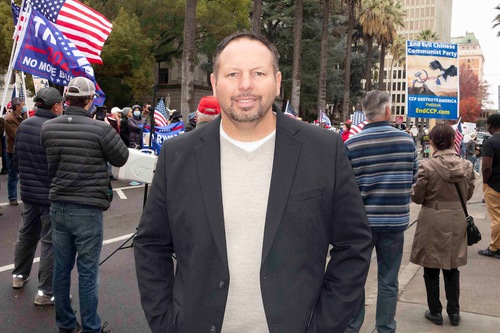 Martinez said that he voted for Donald Trump in 2016 and this year, “Because Trump was the best person to lead America for another four years, so that we all understand America First. Donald Trump was the first person who said that.” He was disappointed by the Supreme Court’s rejection of the Texas lawsuit and said, “Judges are supposed to be neutral, straight down the middle. Our justice system takes accountability. We need to take a better look at who we have making these decisions.” Looking forward, Martinez believes that God stands on our side when we do the right thing, and that justice will eventually prevail.

Sidney Adebayo, a political science student, said, “We see an obviously rigged election. If we sit this through, we are going to be angry for the rest of our lives. This recent ruling in the Texas lawsuit says a lie. The Supreme Courts rejected this case using a technical lack-of-standing argument, which we all know is nonsense.” He hopes to see more people come out to build public opinion.

Mr. Ben Hekscer, a programmer and an immigrant from the Netherlands, said, “The leftists are stealing our county from the moderates. If we don’t stand up now, it’s over. This is the last chance for us to save our country.” 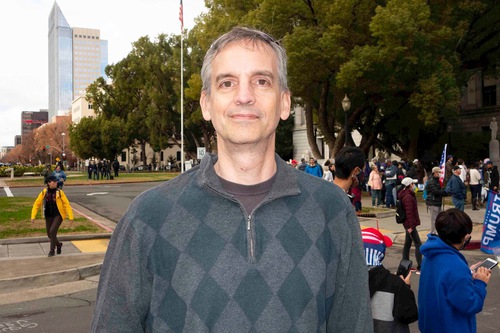 “I came here because America stands for freedom. The Netherlands is almost a socialist country. This is the last place we can still be free.” Hekscer believed this was a battle between good and evil. “Over 100 million died because of Communism. Communism is evil. The good side was America and western Europe that liberated Europe. They are trying to liberate the rest of the world from Communism,” Hekscer added.