(Minghui.org) Falun Gong practitioners in Germany held a series of activities in Berlin to introduce Falun Gong and to expose the Chinese Communist Party’s (CCP) persecution. They collected signatures for a petition condemning the persecution at a Christmas market in Steglitz on December 5, 2020 and did an exercise demo and had a waist drum troupe performance in Alexanderplatz on December 6, 2020. 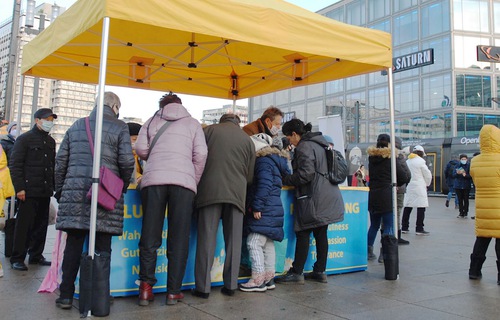 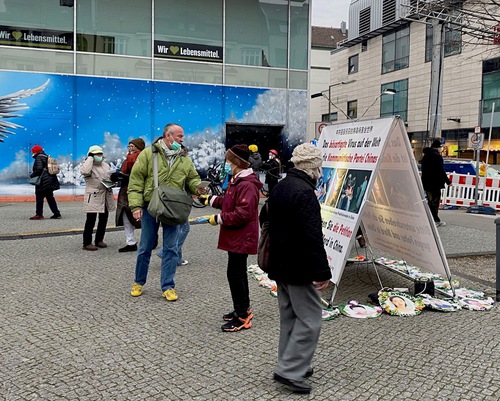 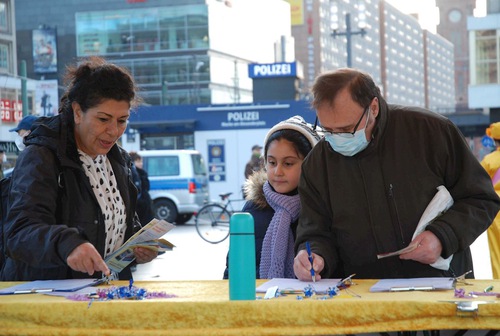 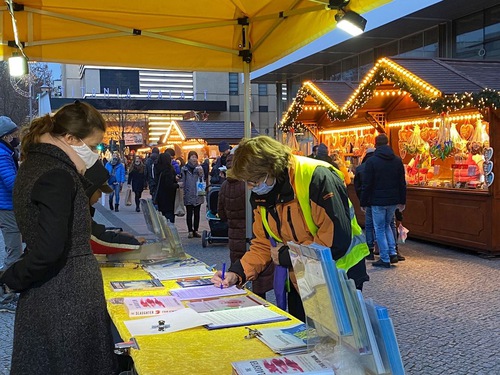 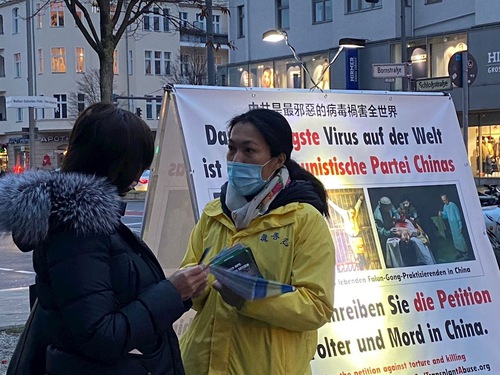 Mr. Guo, an elderly immigrant from Hong Kong, told a practitioner, “Falun Gong hasn’t done anything wrong. I hope the CCP will collapse soon! Hong Kong used to be a great place, but it has been ruined after it was handed over to the CCP. The CCP has also messed up the United States. President Trump is the only one who can end the CCP. I support Trump, because he has been helping the Chinese people. The CCP is a terrorist organization. It must be disintegrated.” 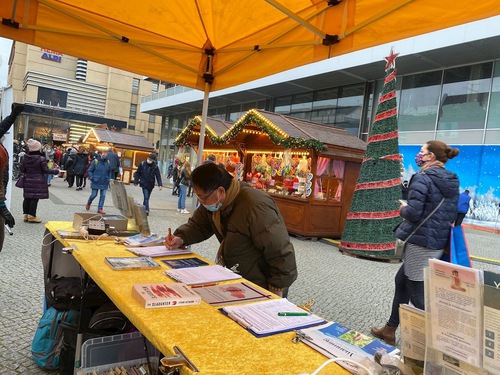 Mr. Guo signs a petition calling for an end to the persecution.

A local resident named Braman said it was the first time she had heard about the forced organ harvesting from living Falun Gong practitioners. She and her friends signed the petition without hesitation. Braman said, “I signed to express my condemnation. This shouldn’t be allowed to happen in any country, because it violates human dignity. I’m outraged.”

Her friend Rister said, “Safeguarding human dignity is equally as important as the economy. No matter if people are rich or poor, their rights can’t be trampled on. These two things go together, and we shouldn’t choose one over the other.” 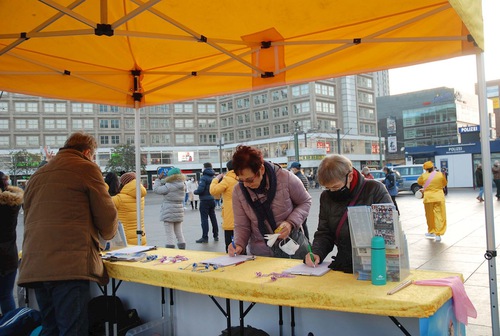 A man named Gerch who is a political scientist, said that we should let the CCP know its boundaries. He said the CCP has tried to control the world and play a leader’s role more and more openly, which was dangerous. Gerch held that the CCP was promoting communism around the world. He signed the petition because he supports people’s fight for freedom. “We can’t withdraw or give up,” he added.

Another man named Röttinger from the German state of Bavaria said, “I hope that Western countries will stop fixating on making money and pay more attention to the people. We can’t forget about the terrible situation of the Chinese people just because we want products of lower prices. I have visited China. I have a deep feeling about it. Your signature collection is great!” 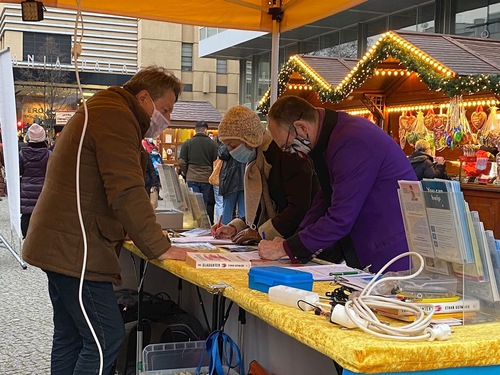 A young man from Italy said that the European Union and its member countries should stand up to the CCP. He thought that articles in newspapers won’t suffice, and we should take concrete actions. “It’s ridiculous for the CCP to cover up the pandemic and blame Western countries as the virus’ origins. The CCP doesn’t care how many Chinese people have died. They only force their dictatorship on the people.” 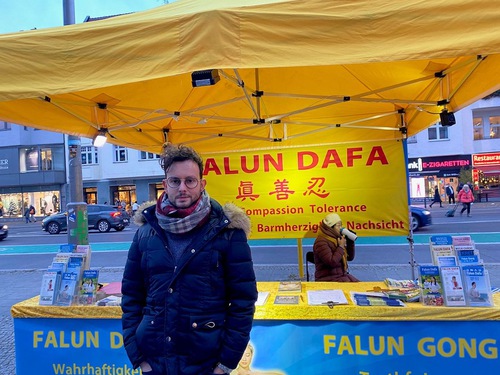 A young man from Italy would like to see the people in Europe unite against the CCP’s ideology.