(Minghui.org) On Saturday, October 24, 2020, Falun Dafa practitioners in Finland set up an information booth near a shopping mall in Kamppi, Helsinki. They told passersby about the spiritual discipline and how the CCP (Chinese Communist Party) has persecuted it for 21 years. People signed the petition calling for an end to the atrocities and offered encouragement, saying, “What you are doing is very important.” 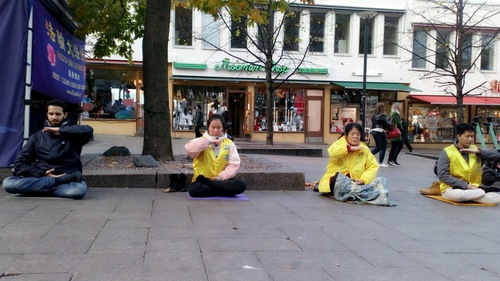 Vahsani, an entrepreneur, said after learning about the persecution, “I will sign the petition.” He pointed to the characters “Truthfulness, Compassion, Forbearance” on the origami lotus flower that practitioners gave him and said, “This can move people’s hearts. As long as you keep doing this, people will know.”

Nikko, an artist, and his friend were taking photos in Helsinki. Nikko took several of the organ harvesting display. He said, “I've heard about Falun Dafa before, but I would still like you to tell me about it.” When they heard about the forced organ harvesting, both of them appeared horrified. Nikko thanked the practitioners for telling them about what’s happening in China. 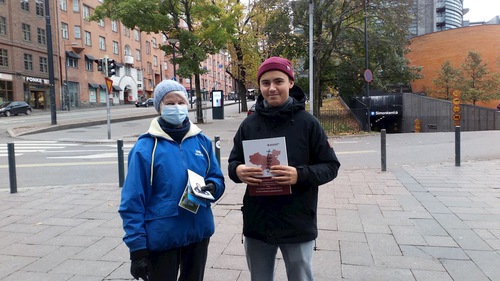 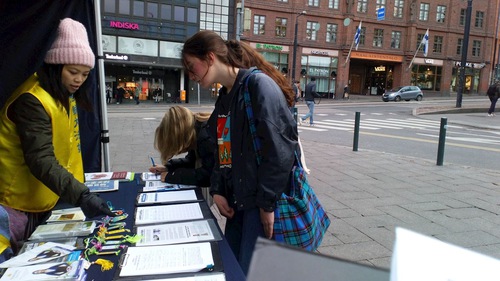 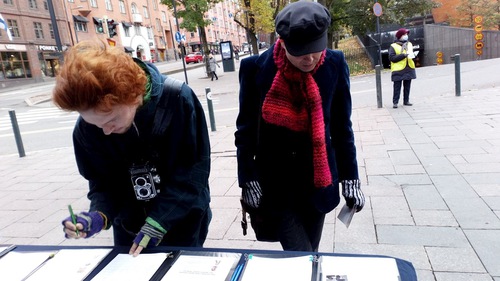 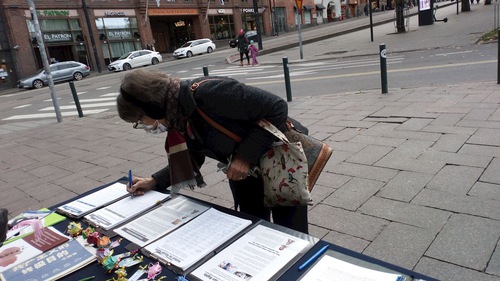 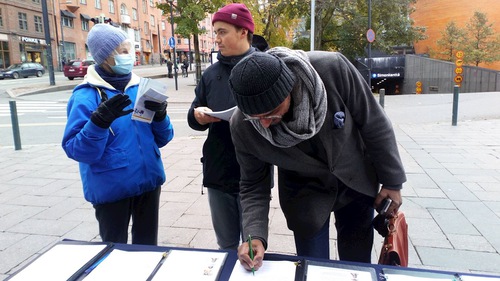 Kristin and her husband from Norway were holidaying in Finland. She told practitioners about some of the terrible things the CCP did in Northern Europe. She and her husband signed the petition to show their support.

Emilia and her husband asked to sign the petition. Her husband, who is originally from a Muslim country, knows how badly minority groups are treated in China. He said, “You are also being persecuted—we must sign the petition.” They discussed communist ideology, and Emilia said, “On the surface it appears wonderful but it's all lies.” Her husband agreed, saying that corruption in China is terrible.

A nine-year-old girl from China was drawn to the paper lotus flowers laid out on the table. She told practitioners she moved to Finland with her parents when she was seven. When she asked what they were doing, they told her about the persecution and the importance of quitting the CCP and its affiliated associations. She realized how bad the CCP is and agreed to quit the Young Pioneers. She picked two lotus flowers to take home.