(Minghui.org) Ms. Guo Xiuying, a 60-year-old Falun Gong practitioner in Suining City, Sichuan Province, was arrested on September 11, 2020. While she was in custody, police officers shocked her with two electric batons on three consecutive days. She lost consciousness and experienced urinary incontinence during the torture. She was so weak afterwards that she could barely walk.

Ms. Guo was arrested for talking to people about Falun Gong, a spiritual discipline based on the principles of Truthfulness-Compassion-Forbearance. The practice has been persecuted by the Chinese communist regime since 1999. For upholding their faith, hundreds of millions of Falun Gong practitioners like Ms. Guo have been brutally persecuted over the past 21 years.

Ms. Guo’s experience reminds us of Ms. Gao Rongrong, a Falun Gong practitioner from Shenyang City, Liaoning Province, who was shocked with electric batons for seven hours in a forced labor camp in May 2004. Her face was severely disfigured as a result. She died in custody on June 16, 2005. 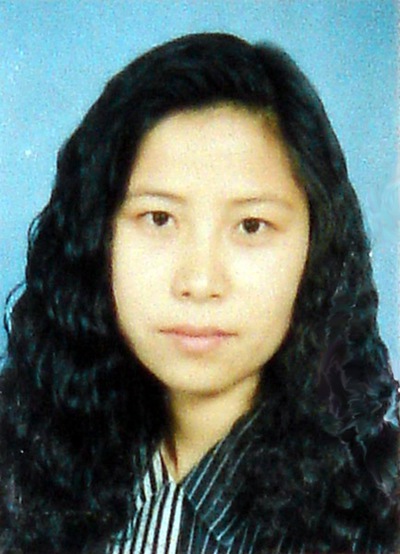 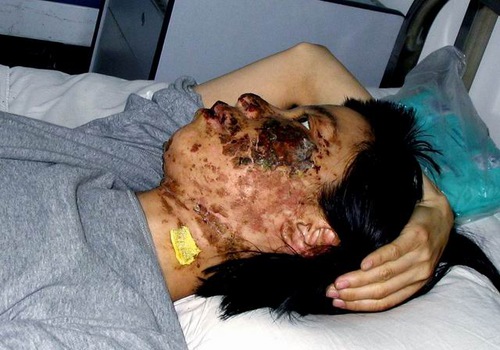 According to information collected by Minghui.org, there are at least 4,500 verified deaths of Falun Gong practitioners, though due to the difficulty of getting information out of China, the number is likely to be much higher. Most of these practitioners died in custody and suffered enormous physical and mental torment before their death. Electric shocks, as suffered by Ms. Guo and Ms. Gao, is just one of the torture methods frequently used on practitioners. The infamous, now-defunct Masanjia Forced Labor Camp was among the first places that employed such torture.

Water torture, where the victim is hosed with cold water over a long period of time, is another cruel torture method used on Falun Gong practitioners. According to practitioners subjected to this torture, they experienced extreme cold at first, then their brain became numb. Later, their brain felt like it was cracking, and they suffered excruciating pain. Both the Heilongjiang Hailin Detention Center and the Mudanjiang Detention Center have attempted to destroy practitioners' willpower with this method.

Mr. Wang Xiaozhong from Mudanjiang City, Heilongjiang Province was arrested on August 17, 2001. He was beaten and shocked with electric batons at the police station. He was full of wounds when he was sent to a detention center, where he was subjected to water torture, which involved having cold water hosed over his head for a prolonged time. He died in custody 12 days after his arrest, at the age of 36. Mr. Wang's case was not an isolated one, but just one among the persecution of thousands of Falun Gong practitioners in China.

The persecution of Falun Gong practitioners is a systematic and ongoing crime committed by the Chinese Communist Party (CCP). Former CCP dictator Jiang Zemin launched the persecution in 1999 and all levels of 610 Offices have since directed the police to commit crimes against practitioners.

The electric shock and water torture illustrate the CCP's vicious persecution of humanity. But the CCP's numerous torture methods have been far more than what we list here, from handcuffs and shackles, to dungeons, water prisons, cesspools, death beds, sitting boards, solitary confinement, interrogation chairs, and tiger benches; from finger torture by nailing iron nails, pulling with pliers and piercing with needles; to force-feeding with hot pepper water, salty water and excrement; from freezing outside in the winter and exposing to the baking sun in the summer; to deprivation of sleep, toilet usage and bathing; from sexual abuse, sending female practitioners to male cells to be gang raped, forcing pregnant women to abort their babies; to incarceration in mental hospitals, injection of drugs that destroy the central nervous system... the list goes on and on. Worse still, countless practitioners have had their vital organs harvested for transplants and died, their bodies cremated without a trace.

These crimes are still being committed in China's detention centers and prisons right now.