Jilin Woman Detained Incommunicado, Octogenarian Father Given Run-around While Inquiring About Her Case

(Minghui.org) A Jilin City, Jilin Province resident has been detained incommunicado for over two months after her arrest for practicing Falun Gong. Ms. Jin Min's father, in his 80s, has been given the run-around while inquiring about the status of her case. 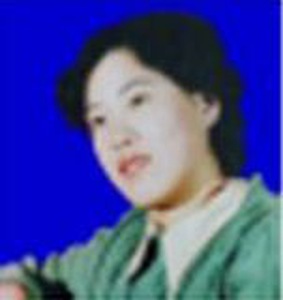 Ms. Jin, 53, was arrested on September 11, 2020, after she was reported for talking to a taxi driver about Falun Gong. She was sent to the Jilin City Detention Center on September 14 and her arrest was approved on October 23. As the detention center is barring her family from visiting Ms. Jin, they are now kept in the dark concerning her case.

The Jilin City authorities are using the pandemic as an excuse to prohibit local Falun Gong practitioners from hiring out-of-town lawyers. The local lawyers they are allowed to hire are ordered to enter guilty pleas for the practitioners. Similar to Ms. Jin’s case, most practitioners’ families are not updated regarding their case status. Some families learned of their loved ones' sentencing long after they had already been sent to prison.

On November 8, 2020, Ms. Jin’s father and older sister went to the Yongji County Police Department to inquire about her case. He complained that two months after her arrest, the family hadn’t received any notice about her case. The officer who received them denied having any knowledge about Ms. Jin’s arrest and directed them to the police station.

After Ms. Jin’s father and sister went to the police station, the police officer who received them was very rude. He said that they had already turned over her case to the procuratorate and it didn’t have anything to do with them anymore. The officer blamed Ms. Jin for practicing Falun Gong and told her father to talk to the Yongji County Procuratorate.

The father and daughter then went to the procuratorate. A staff member there said they couldn’t find Ms. Jin’s case in their system and said it was still with the police department.

Ms. Jin’s father and sister returned to the police department and one director said to them that all Falun Gong cases are confidential and he couldn’t reveal anything to them. Ms. Jin’s father demanded to meet with the police chief, but that police director said their chief was very busy and it was almost impossible to make an appointment with him.

This isn’t the first time that Ms. Jin has been targeted for her faith. She has been arrested nine times previously, detained in a brainwashing center, and given a labor camp term. She was subjected to torture and was on the verge of death after she held a hunger strike for over a month following her arrest on August 19, 2016.