Around a dozen cars with signs and banners on top set off from Flushing in Queens and then drove through Manhattan, before circling through Chinatown in Lower Manhattan and returning to Main Street in Flushing.

The procession drew a lot of attention. Many pedestrians stopped to read the messages on the cars, and many people leaned from the passenger seats in vehicles to take photos. Several drivers shouted to the drivers in the procession to keep up the good work, and pedestrians waiting at the traffic lights gave the drivers thumbs up. 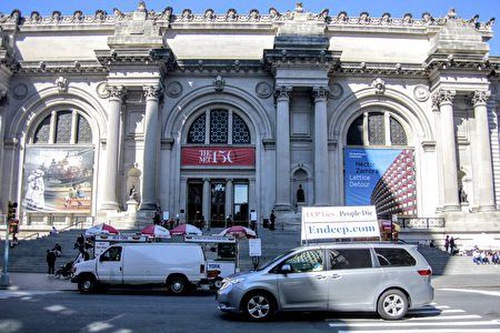 The procession passes the Metropolitan Museum of Art in New York City. 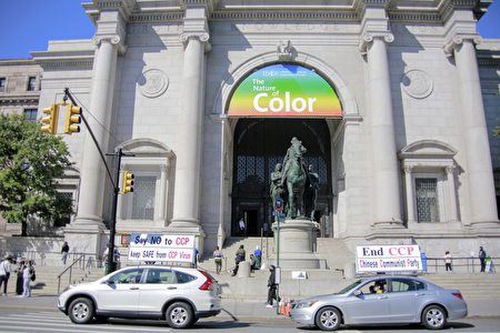 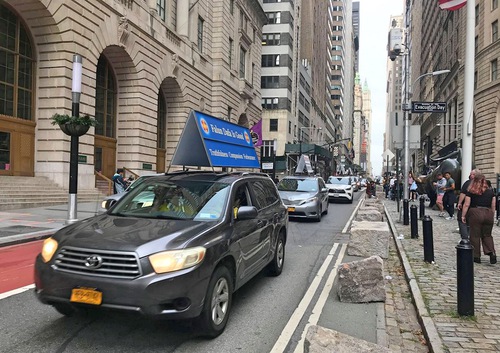 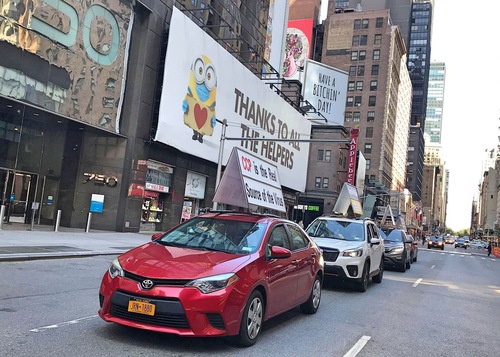 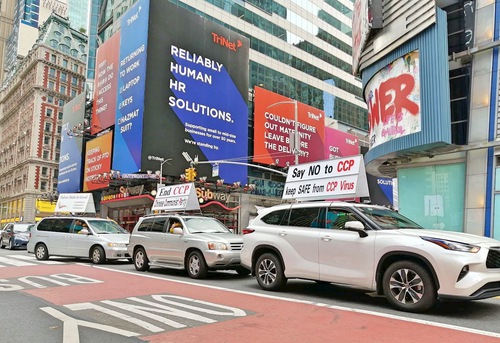 The large signs and banners were written in both English and Chinese, and included the following: “CCP Lies, People Die,” “Say No to the CCP,” “Keep Safe from the CCP Virus,” “Communism puts everyone at risk,” and “Truthfulness, Compassion, Tolerance, Falun Dafa is good.”

“We are always on the move,” she said. “Especially in places like Times Square and 42nd street in Manhattan, our message can be seen by New Yorkers. People don’t want to be in close contact with the coronavirus. People can see the cars as they drive past and it’s very easy.” 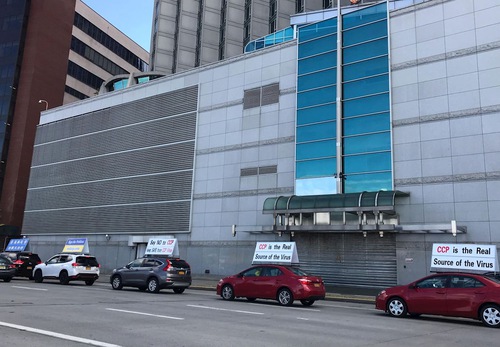 The car procession passes in front of the Chinese consulate office in New York. 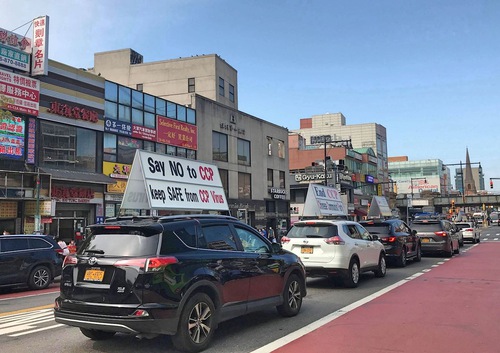 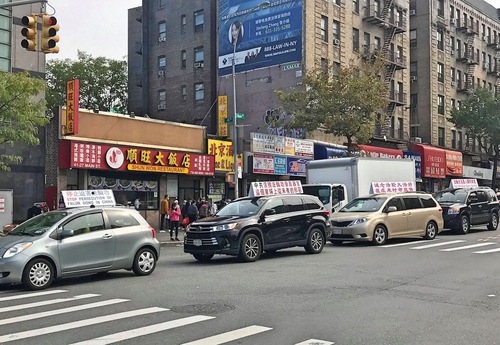 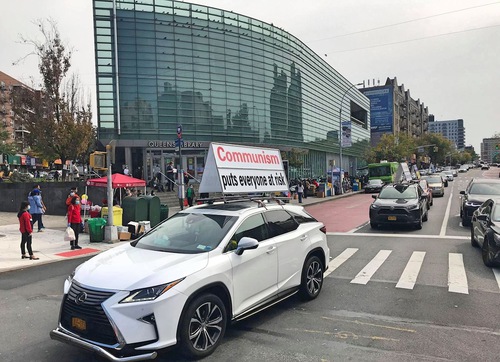 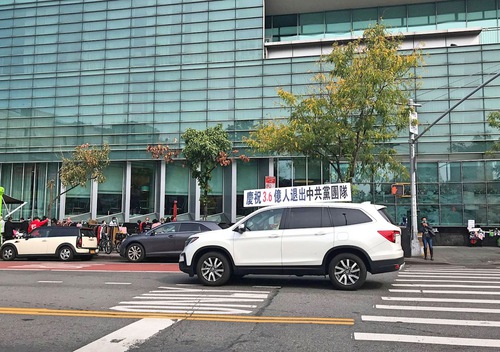 The car entourage travels along several main streets in Flushing.

The grand procession started from Flushing and passed by a number of famous tourist spots, such as the Metropolitan Museum of Art, Central Park, and the American Museum of Natural History, before circling the Chinese consulate office in New York and finishing at Main Street in the center of Flushing.

As the entourage of cars drove around Flushing on Sunday, October 4, spectators shouted excitedly, “Get rid of the CCP, you’re doing a great job, keep it up!”

Volunteers on the street handed out information as the cars drove by various tourist attractions in New York. Many people signed a petition to reject the CCP after volunteers explained to them some of the atrocities committed by the regime. Some people asked for extra fliers to give to friends and family. Many people said they wanted to encourage more people to sign the petition online.

A group of middle-aged people were walking near the American Museum of Natural History. One of them asked a volunteer what she could do to help. The volunteer suggested that she sign the petition to bring an end to communism. The woman said she knew about the brutal persecution of Falun Gong and so she wanted to sign the petition to show her support.

The Global Service Center for Quitting Chinese Communist Party plans to hold such car parades every weekend to make more people aware of the threat communism poses to humanity.