(Minghui.org) After enduring a decade of abuse in prison, a 48-year-old man was arrested again for his faith in Falun Gong, a spiritual discipline that has been persecuted by the Chinese communist regime since 1999.

Mr. Shi Shaoping, who holds a master's degree from the Photochemical Institute in the Chinese Academy of Sciences, was taken away by the police at his home in Beijing on November 18, 2019. It’s not clear where he is currently being detained. 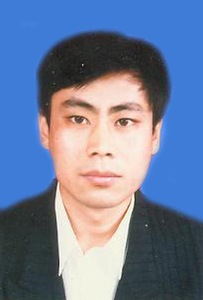 Because he practices Falun Gong, Mr. Shi was arrested in 2001 and sentenced to ten years in prison.

The guards at Qianjin Prison in Beijing selected violent prisoners to monitor and torture him, in order to force him to give up Falun Gong.

These inmates opened the window during the winter to expose him to the freezing wind, when he only had a thin layer of clothing. His body shook and his teeth chattered due to the cold.

The inmates often deprived him of sleep and forced him to sit on a small stool without moving for nearly 20 hours each day, for years.