November 01, 2019 |   By a Minghui correspondent in Heilongjiang Province, China

(Minghui.org) Mr. Yang Shengjun, a resident of Jiamusi City, Heilongjiang Province, died on August 11, 2019, nine days after he was arrested for practicing Falun Gong, a spiritual discipline that has been persecuted by the Chinese communist regime since 1999.

To date, the police have refused to provide Mr. Yang Shengjun’s family with any documentation about his arrest or detention. They also prevented his two lawyers from reviewing his case document.

Hu Zhi, chief of the Youyilu Police Station who was responsible for Mr. Yang’s arrest, denied being responsible for his death and blamed "higher-ups" for issuing the order to arrest Mr. Yang.

Mr. Yang’s lawyers submitted a request to the local government on October 18, 2019, demanding that they investigate the police’s unlawful arrest of Mr. Yang and bring the perpetrators to justice. 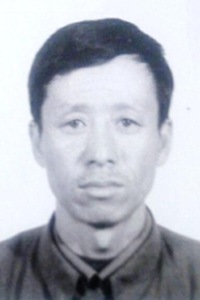 Mr. Yang was arrested at home with his 81-year-old mother on August 2, 2019. Although his mother was released that evening, the police forced the local detention center to accept Mr. Yang, despite that he was feeling unwell at the time.

The police informed Mr. Yang's family at around 5:30 a.m. on August 11 that he was vomiting blood at the detention center early that morning and had been sent to Jiamusi Central Hospital for emergency treatment.

While taking his family to the hospital, the police said that they had nothing to do with Mr. Yang’s condition, since they had already handed him over to the detention center. The police left soon upon arriving at the hospital.

Mr. Yang was given blood transfusions, a total of 8 bags. He was still able to talk in the morning but fell into a coma in the afternoon. He passed away at 9:00 p.m., at the age of 61.

Mr. Yang's medical bill amounted to 30,000 yuan, which his family paid out of pocket because both the police and the detention center refused to cover any part of it.

Mr. Yang had Hepatitis B for many years. He suffered a swollen belly and had trouble walking in 2004. He began to practice Falun Gong after no medical treatment worked. His symptoms disappeared in about ten days after he began practicing. He made a living by pulling a rickshaw (a three-wheeled hooded vehicle) afterward.

Mr. Yang retired a few years ago and became his mother's main caregiver. His sudden death has now left the elderly woman in deep agony.